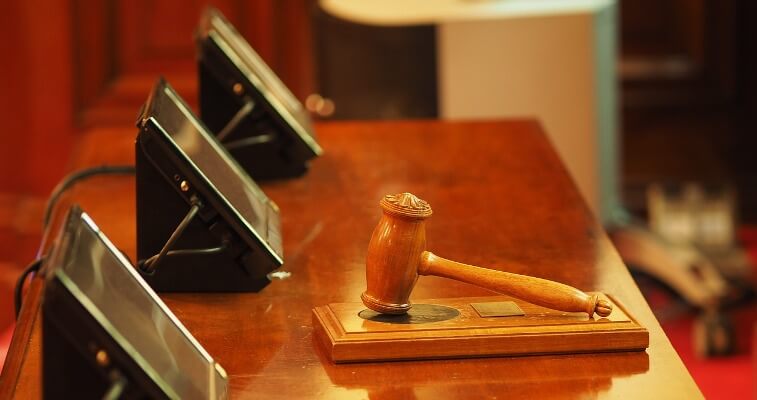 Brno, May 23 (CTK) – The 50-day detention of a man from Kosovo with his two children in the refugee facility in Bela-Jezova, central Bohemia, in 2014 violated their rights, the Constitutional Court (US) ruled today, complying with their complaint.

It was neither proportionate nor necessary to place the family in the detention facility for foreigners, the court concluded.

Though the US has not found out that the Kosovars were treated badly in the facility, it points out that in 2014, there were no legal grounds for the detention of foreigners before their expulsion to the country where they sought asylum for the first time.

Until December 2015, the Czech law did not exactly describe the criteria of a serious danger of flight.

According to the US judges, the length of detention in Bela-Jezova was not optimal in the case of the Kosovar family, though no inhuman, cruel or humiliating treatment was proved.

All solutions were wrong in the situation where a father violated legal regulations, left the country where he applied for asylum and wanted to stay together with his children after being detained, the court concluded.

The children had to stay with their father in a closed complex watched by security guards.

The Kosovar man with his children, aged three and six years, crossed the Serbian border in 2014. They were detained in Hungary where they applied for asylum. However, then they left by train for Germany. They were stopped during a check at a railway station in Breclav, south Moravia.

The police decided to detain the father and expel him to Hungary on the basis of the Dublin Regulation. He stayed with his children in Bela-Jezova from March 16 until May 5, 2014.

The Kosovar family filed a complaint that a Czech regional court and the Supreme Administrative Court rejected.

They turned to the US pointing to the length of detention and bad material conditions for children in Bela-Jezova as well as a negative psychological effect on the family life. A more suitable alternative would have been a placement in the admission facility for asylum seekers in Zastavka u Brna, south Moravia, the complaint said.

In 2015, of the Supreme Administrative Court (NSS) asked the European Court of Justice a preliminary question in another case to clarify the rightfulness of the refugees’ detention in the situation where Czech law did not define objective criteria of “a serious danger of flight.”

This question concerned exactly the foreigners who should be sent to another country to assess their asylum applications under the Dublin Regulation.

The European court of Justice ruled in March that an EU member state was not authorised to detain applicants for international protection for the purpose of proceedings on their transfer to another member state if it did not specify objective criteria enabling to assess the danger of flight in its law.

The criteria were more precisely specified in the law on foreigners’ stay in the meantime.

A serious danger of flight is defined in the following cases: if foreigners stay on the territory of the respective state unrightfully, avoided transfer to another country previously, attempted to fly, expressed intention to disrespect a rightful decision on the relocation to another country or if such an intention is apparent from their behaviour.

https://www.brnodaily.com/2017/05/23/breaking-news/migrants-family-kept-in-czech-facility-unrightfully-court/https://www.brnodaily.com/wp-content/uploads/2017/05/immigrant-family-brno.jpghttps://www.brnodaily.com/wp-content/uploads/2017/05/immigrant-family-brno-150x79.jpg2017-05-23T09:54:18+02:00BD StaffNews - ArchivedPoliticsBreaking News,Court,Czech Republic,Expats Czechia,JusticeBrno, May 23 (CTK) - The 50-day detention of a man from Kosovo with his two children in the refugee facility in Bela-Jezova, central Bohemia, in 2014 violated their rights, the Constitutional Court (US) ruled today, complying with their complaint.It was neither proportionate nor necessary to place the family...BD StaffBD Staff team@brnodaily.czAdministratorBrno Daily - English News and Events in Brno.Brno Daily