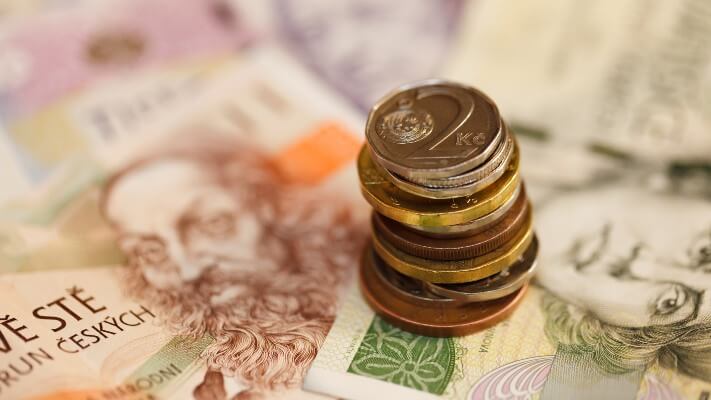 May 26 (CTK) – The Czech Republic claims debts worth 38 billion crowns in foreign countries, mostly from the totalitarian era, but it is an extremely difficult task to have them repaid, daily Pravo writes today.

The sum, almost completely inherited from the former Communist Czechoslovakia, grows by over one billion crowns as interest annually, but the Czech Republic only gained back 195.7 million crowns last year, Pravo writes, citing the figures released in a report drafted by the Finance Ministry.

Communist Cuba is the biggest owner as its debt from civilian loans plus interest has reached seven billion crowns, Pravo writes.

The Czech Republic also tries to have its loans for the deliveries of military materiel, a confidential affair, repaid. This is the case of Cuba and Libya, which owe 8.5 billion crowns to it, Pravo writes.

Kazakhstan and Ukraine owe 4.56 billion crowns to the Czech Republic for the investments of the state-run Transgas company.

“The crushing majority of the claims is from the former regime. The ability to have them repaid depends on the sufficient level of our legal documentation and also on the economic condition of the countries in question,” Prime Minister Bohuslav Sobotka (Social Democrats, CSSD) told the paper.

Sobotka said some of the countries did not recognise their debts.

Foreign Minister Lubomir Zaoralek (CSSD) also admits that there are problems with the repayment of the debts.

“The issue of debts is part of the talks in most of my foreign trips, especially in developing countries,” Zaoralek told the paper.

“This is quite a difficult task. The willingness to reach a solution is small in some countries, bigger in others,” he added.

Zaoralek said in some cases, the Czech Republic proposed other forms of compensation such as investments or the provision of some complexes.

This alternative is being discussed with Belarus which owes 46 million crowns to the Czech Republic.

“Belarus has refused a direct payment, even in instalments. The solution, proposed by it, in the form of deliveries of selected goods, has proved not to be profitable for the Czech side,” the Finance Ministry said.

It may be possible to repay the debt by covering the lease of the Czech embassy building for a time, by its sale to the Czech Republic or by financing the construction of a new ambassadorial building, Pravo writes.

The talks in post-Soviet countries are difficult because the successor countries are reluctant to recognise their debts, Zaoralek said.

On the other hand, Montenegro and Serbia recognise their obligations as successor countries of the former Yugoslavia, Pravo writes.

In the countries where the governments do not control the situation, there are problems, too, Zaoralek said.

This is the case of Libya where the talks were discontinued over the local political and diplomatic situation eight years ago, he added.

The negotiations with Ukraine were also stopped over major political changes in it in 2014. At the end of last year, the Czech Republic asked for their resumption, Pravo writes.

The fact that some governments recognise their debts does not yet mean that they will repay it, Zaoralek said.

“Sometimes it happens that the talks are quite smooth. The politicians say they recognise the debt because they are interested in bilateral relations, but expert talks then hardly reach anything,” he added.

« Fitness Tailored for Women
What about Pancakes? »