Brno, South Moravia/Prague, May 31 (CTK) – Vladimir Krulis, deputy head of the Presidential Office Protocol section, suffered a serious injury in a police car accident in South Moravia in the night of Tuesday and the General Inspection of Security Forces (GIBS) is investigating it, it has confirmed.

A police driver was also injured in the collision of the hybrid BMW car worth four million crowns.

Interior Minister Milan Chovanec (Social Democrats, CSSD) and Police President Tomas Tuhy told reporters today that they would like to wait for the results of the GIBS investigation.

Zeman’s spokesman Jiri Ovcacek said the president would not change the programme of his visit to the South Moravia Region, which ends today. However, Zeman visited Krulis, 35, in the Teaching Hospital in Brno-Bohunice in early evening hours on Tuesday.

Police spokeswoman Stepanka Komarova first told the iDnes.cz server that the accident had occurred during a show for Zeman which was part of the Monday official programme of the president’s visit.

However, Zeman dismissed it in a public debate later. He said the police were lying and that he had not watched any police test ride and he had been in bed then.

The South Moravia police then confirmed that the president had not been present during the test.

However, she did not directly say whether Krulis had been in the car legitimately.

GIBS spokeswoman Radka Sandorova confirmed that the inspection had received the respective files from the police, without elaborating.

According to the police, the accident was caused by the driver’s sudden health troubles.

As a consequence of a sudden serious health condition, the driver lost control of the car and he drove into a brook next to a road bridge, Komarova said.

Hedvika Kropackova, spokeswoman for the South Moravia emergency service, said two patients had been sent to hospital after a car accident in the night (of Tuesday) – one had suffered a stroke and the other a serious spinal injury.

The Invelt firm, which lent the hybrid BMW i8 car to the police, confirmed that the GIBS was investigating the accident.

“The car has a standard insurance,” its media representative Zita Vinsova has told CTK.

The car, which the police received for testing in the first half of May, was to be primarily used to fight road pirates. It was driven mainly in South Moravia. It can be also fueled by electricity.

The police have borrowed the car for six months or until it covers 20,000 kilometres.

The Invelt spokeswoman refused to say whether the police would now get a new identical car or would wait for the repairs of the damaged one.

Facebook Comments
https://www.brnodaily.com/2017/05/31/breaking-news/zemans-man-injured-in-police-car-accident-gibs-investigates-it/https://www.brnodaily.com/wp-content/uploads/2017/05/DSC_0150-800x350.jpghttps://www.brnodaily.com/wp-content/uploads/2017/05/DSC_0150-800x350-150x66.jpg2017-05-31T07:13:39+02:00BD StaffNews - ArchivedPoliticsBreaking News,Brno,PoliticsBrno, South Moravia/Prague, May 31 (CTK) - Vladimir Krulis, deputy head of the Presidential Office Protocol section, suffered a serious injury in a police car accident in South Moravia in the night of Tuesday and the General Inspection of Security Forces (GIBS) is investigating it, it has confirmed. A police...BD StaffBD Staff team@brnodaily.czAdministratorBrno Daily - English News and Events in Brno.Brno Daily 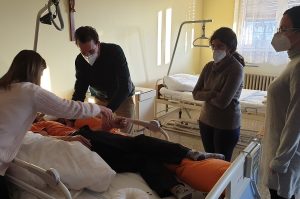 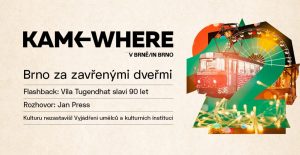 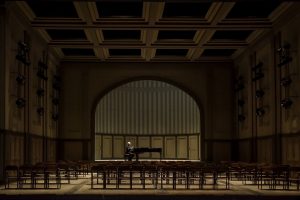