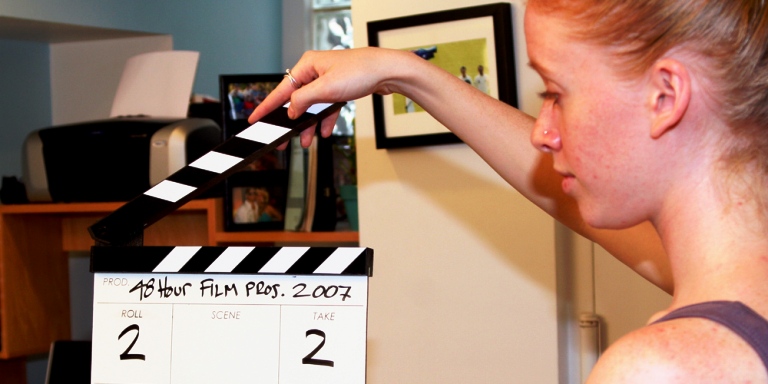 Is it possible to make a unique and totally complete film only within 48 hours? International festival 48 Hour Film Project is coming this summer to Brno for the first time to prove that right.

This is a crazy adventure for all – filmmakers, actors, city producers and obviously, for spectators too. “It is an amazing crazy ride taking you in your deepest pool of creativity and knowledge, all in one week, promising red carpet at the end”, encourage them the organizers. They promise networking, prestige, fun, experience and the trophy- the U.S. final round and screening in Short Film Corner in Cannes!

The 48 HFP visited more than 130 cities; and since 2001 festival launch almost 30 000 teams participated. BRNO 48HFP encourages filmmakers and other film enthusiast to stay in the city and revive its film culture. The project wants to show potential of Brno and its people and not to move them to Prague. “But Prague is not a competitor, both cities are intertwined as far as filmmaking is concerned, Brno is just another great option”, says David J.V. Schöbl, City Producer, a former participant and the Czech winner.

The festival is both, a challenge and an opportunity for all participators. It doesn’t matter whether your team or you as an actor are professionals or newbies with a passion for creativity. Your team can be as big as you dare to have it. Remember, only 48 hours to manage, arrange, supervise, brainstorm and much more! Moreover, to be sure there is no work done in advance, there are required elements as a prop, line, character name and occupation which must be shown in a movie. Last years’ props were a sock, potato or umbrella and the movies had to star a water nixie or a futurist. Quite a challenge, don’t you think? The festival features short films between 4 and 7 minutes, including closing credits.

The festival is open to all filmmakers who will comply with registration rules – registering here, paying registration fee and dropping off the finished movie in Radost – Concert & Culture Hall within deadline at last 19:30 on June 18th  and “not a minute later”, as David J.V. Schobl, City Producer, with a smile remarks. “there are 19 prices prepared for teams and awarded by jury, and one Audience Award”, informed organizers. Winners of Brno 48 HFP will travel to the finals in the U.S.; then if lucky, the best team and its short film will appear in Cannes!

If you want to star in a movie, there is the last of three castings taking place on May 31th in Artbar Druhý Pád, Brno. The first two were really successful and visited by actors from the whole country, even from Slovakia and Hungary. The casting is for FREE and as an actor you can later use the materials for your own purposes. Castings are a unique feature of BRNO 48 HFP providing filmmakers from all over the country with a database of promising actors.

As for organizers, they alone are an analogy to the openness of the festival. They are a mixture of all ages and proficiency from a young 15-year old Marek Chalupka (Motion Graphics) to experienced City Producers David J.V. Schöbl, Radka Poláková-Beránková, and movie director Emanuele Ruggiero.

The distinguished judges in Brno are Brian Caspe, a U.S. actor starring in Hellboy; Ivan Fíla, a producer and director with an Oscar nomination for Best Foreign Film; Petr Volgemut, a photographer known by world-famous celebrities like Prince Britney Spears; Jan Lengyel, a producer and director helping with Bastardi 1 and 2; Simona Petrů, a dramaturge in the Theatre Husa na provázku (‘Goose on a String’) and Maroš Majko Szalay, a well-known Slovakian producer.

Red carpet will wait for the film fans on June 24th at Radost Concert & Culture Hall. The event will be live-streamed, too. Registration for teams is still open. Tickets will be available in a few days. Prepare yourself to suit up!

Facebook Comments
https://www.brnodaily.com/2017/05/31/brno-urban-guide/wild-and-sleepless-48-hour-filmmaking/https://www.brnodaily.com/wp-content/uploads/2017/05/press.archive.8.jpghttps://www.brnodaily.com/wp-content/uploads/2017/05/press.archive.8-150x75.jpg2017-05-31T08:44:09+02:00Zuzana PápayováArt & CultureBrno Urban GuideBreaking News,Cinema,CultureIs it possible to make a unique and totally complete film only within 48 hours? International festival 48 Hour Film Project is coming this summer to Brno for the first time to prove that right. This is a crazy adventure for all – filmmakers, actors, city producers and obviously, for...Zuzana PápayováZuzana Pápayovázuzanazetqapapayova@gmail.comEditorSlovak expat in Brno; a philosopher by night and rebel by fate who is too eager to understand it all, yet too understanding to loot the mysterious magic of the world.Brno Daily 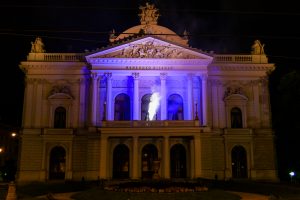 In Photos: Brno Landmarks Lit Up For Culture 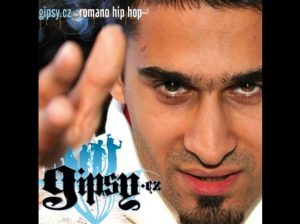 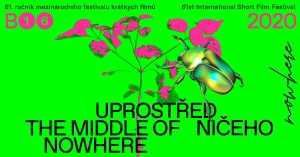 Slovak expat in Brno; a philosopher by night and rebel by fate who is too eager to understand it all, yet too understanding to loot the mysterious magic of the world.
View all posts by Zuzana Pápayová →
« Horror Rock ‘n’ Roll with Creepshow
Laugh Like a Russian at English Moscow Comedy Stand-Up »