June 14 (CTK) – Prague should stop its clownish boycott of the migrant relocation quotas and start respecting them as binding on EU members, or it should take a serious approach and seek an opt-out from the EU migration policy, Petr Honzejk writes in daily Hospodarske noviny (HN) today.

The EC is going to launch proceedings against the Czech Republic over its failure to meet the quotas, which might theoretically result in fining the Czechs, which Interior Minister Milan Chovanec (Social Democrats, CSSD) called “a road to hell” while opposition Dawn movement leader Tomio Okamura accused the EC of “economic aggression,” Honzejk writes.

Their outcries amount to hypocrisy as does Prague’s whole approach to the migrant issue, he writes.

True, the Czechs are not the only EU member to put up “institutionalised resistance” to the acceptance of migrants. It is a phenomenon typical of the whole post-communist central Europe, Honzejk continues.

However, Hungary, which was opposed to the introduction of the migrant quotas, like Czechs, in 2015, made it unambiguously clear at last. It filed a legal action against the EC and said it will not join the programme, Honzejk writes.

The Czech Republic, for its part, accepted 12 refugees, after which it started silently boycotting the programme. Most recently, the Czech cabinet decided that no more refugees would be accepted, Honzejk writes and calls Prague’s approach clownish.

Chovanec’s favourite argument is that the quotas do not work and that by rejecting them, the Czechs actually struggle for the truth and common sense, Honzejk writes.

Furthermore, the Czechs should not falsely believe that they show enough solidarity by sending money to the Europol and to conflict regions. The same has been done by all EU countries, 22 of which showed willingness also to help by accepting a part of refugees from the camps in Italy and Greece, Honzejk writes.

The Czechs showed unwillingness in this respect. The worst thing is that Prague has not offered any other solution for Europe or refugees either, Honzejk writes.

In an interview with Czech Radio, Chovanec asserted that “we have no problem helping a mother with five children who has left a war-stricken country,” but he added that “the only legal way [for her to be accepted] is via an embassy of an EU country.”

However, a mother of five can hardly be imagined leaving the bomb-devastated north of Syria for Damascus to seek the Czech embassy. Not even Chovanec can mean this seriously. The only meaning of his words is that the Czechs want to have nothing to do with refugees, let Germany bear the burden alone, Honzejk writes.

Of course, this is a legitimate approach. However, if the Czech Republic wants to step out of the EU’s migrant policy, it should drop clownery and seriously seek a permanent opt-out, similar to that achieved by Denmark, including all the risks implied, Honzejk writes.

If, for example, the conflict in Ukraine escalated, sending hundreds of thousands of refugees to the Czech Republic, Germany would slam the door and no one would help the Czechs, he writes.

Naturally, Prague can choose this approach. For the time being, however, it should respect the valid mechanism of which it is a part and not complain about being urged to fulfil its own commitments, Honzejk concludes.

In daily Pravo, commentator Jiri Pehe, too, advocates the EU’s decision to launch proceedings against the Czechs.

First, the European Council approved the migrant quotas in a regular vote, and therefore they are a piece of European law. The argument that the Czechs voted against the quotas is irrelevant, Pehe writes.

More sensible in this respect is the Slovak and Hungarian lawsuit saying that the decision on the quotas was not up to a qualified majority of the EU interior ministers but should have been made unanimously by a summit of prime ministers and presidents, Pehe writes.

By all means, the quotas decision remains valid until it is abolished by the EU or the European Court of Justice, he writes.

The argument by Prague, Bratislava, Budapest and Warsaw that the quotas are meaningless may be true, but it is irrelevant face to face with member countries’ commitment to respect the valid law, Pehe writes.

Furthermore, the EC is a joint body of all EU members, including the Czechs, who expect it to supervise the observance of the European law, Pehe continues.

In “a pre-election zeal,” however, the Czech cabinet has now officially decided that Prague will no longer accept refugees based on the quotas, and it thereby openly refused to observe an EU law. Why are Czech politicians complaining about the EC’s plan to launch proceedings aimed to punish Prague? Pehe asks.

If the EC did not react to the Czechs, it would violate the EU law itself, he adds.

https://www.brnodaily.com/2017/06/14/breaking-news/czechs-should-accept-migrant-quotas-or-seek-regular-opt-out-press/https://www.brnodaily.com/wp-content/uploads/2017/05/politics.jpghttps://www.brnodaily.com/wp-content/uploads/2017/05/politics-150x100.jpg2017-06-14T08:33:17+02:00PTVTeamNews - ArchivedPoliticsBreaking News,PoliticsJune 14 (CTK) - Prague should stop its clownish boycott of the migrant relocation quotas and start respecting them as binding on EU members, or it should take a serious approach and seek an opt-out from the EU migration policy, Petr Honzejk writes in daily Hospodarske noviny (HN) today.The...PTVTeamPTV Teaminfo@ptvmedia.czUm_memberBrno Daily 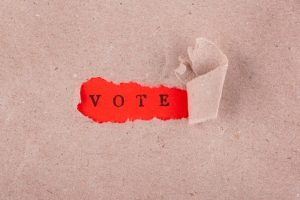 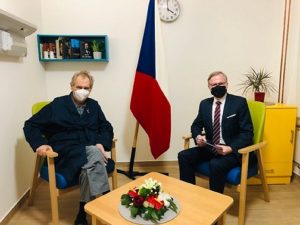