Home » Brno Urban Guide » Relocation to Brno » You are reading »

Smells of Brno in an App 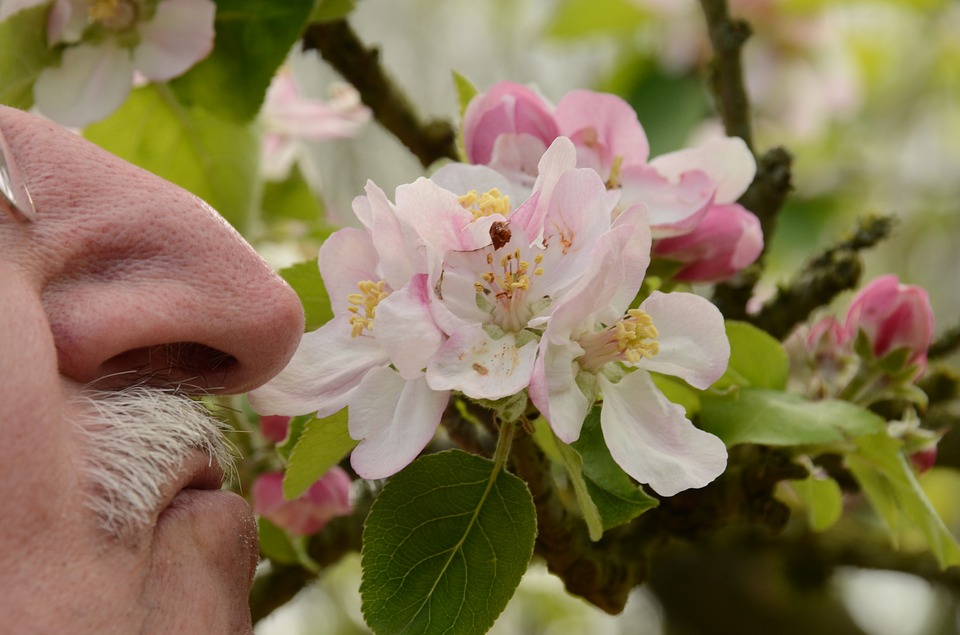 “Help us to attract attention towards smells that disgust you or otherwise, ours worth of smelling,” www.brnosmrdi.cz [Brno stinks] encourages its web visitors. Photo: Pixabay

Brno, August 22 (BD) – Smell map of Brno is an initiative of Masaryk University students that wants people to explore Brno with the sense of smell. What smells do bother you and which one do you enjoy? Even Deputy Mayor is interested.

After half a year, around 600 smelly tracks has created a complete map of odors, smells and scents floating in Brno streets. The inventors of the app are five students of Masaryk University who launched the collection of data half a year ago.

Their main goal is to draw attention to stinky places and simultaneously to uphold scented spots in Brno that are worth of visiting. Each and every visitor can pinpoint in this app a place in Brno distinguished by its smell. Others can then like or dislike the atmosphere they sniff there, or even push the button “I don’t smell anything.”

On the website, bellow the map, there are two columns of spots in Brno creating the lists of smells – SmellParade. Left one tracks places where you will enjoy your sense of smell. It includes Nut store in the pedestrian underpass at Central Station with sweet and nutty trail. Coffee cart Kofi Kofi or Annapurna Indian Restaurant will make your day aromatic in a very positive way, according to the site.

The right column of SmellParade lists places where you will regret having the sense of smell. It encompasses Polárka Theatre because of stinky trash, a wall stained by urine on the way to Křenová or the entrance to Vaňkovka due to cigarette smoke.

The project has also Facebook page which promotes “smelly tours” around Brno. The map itself can show you the route towards the stinky or scented surprise.

It is a totally new way of how to explore Brno and sharpen your powerful scent processing abilities. Maybe with your eyes closed you can just suck the atmosphere up.

The inventors succeeded and drew attention not only to some places, but also to themselves and their initiative.

Martin Ander, Deputy Mayor of the City Brno, promised to look closely at stinky places and take some action. Only future will reveal what kind of interference and if any at all is applicable to such issues.

Developers of the app are being addressed also from different municipalities: “We don´t restrain from spreading the idea to other cities. It is going to be a lot of work, but the data gathered would be of great value.”

https://www.brnodaily.com/2017/08/22/relocation-to-brno/smells-of-brno-in-an-app/https://www.brnodaily.com/wp-content/uploads/2017/08/smell-map-of-brno.jpghttps://www.brnodaily.com/wp-content/uploads/2017/08/smell-map-of-brno-150x99.jpg2017-08-22T08:23:46+02:00Zuzana PápayováBrno Urban GuideRelocation to BrnoBrno,Brno Urban Guide,Relocation to Brno,Urban Plans“Help us to attract attention towards smells that disgust you or otherwise, ours worth of smelling,” www.brnosmrdi.cz encourages its web visitors. Photo: PixabayBrno, August 22 (BD) - Smell map of Brno is an initiative of Masaryk University students that wants people to explore Brno with the sense of smell....Zuzana PápayováZuzana Pápayovázuzanazetqapapayova@gmail.comEditorSlovak expat in Brno; a philosopher by night and rebel by fate who is too eager to understand it all, yet too understanding to loot the mysterious magic of the world.Brno Daily

« Beware of Pickpockets!
Community Plan of the Social Services Open to Public Comments »