Secrets of Moravian Library: a collection of masterpieces 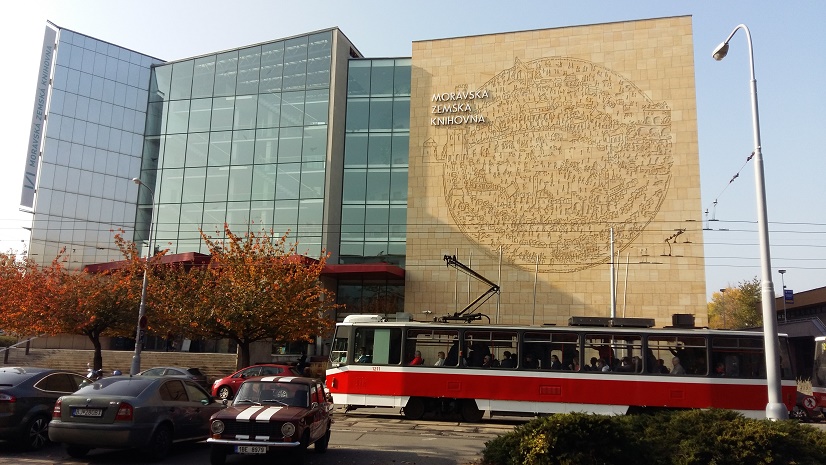 Moravian Library on Kounicova in Brno is the second largest in the Czech Republic. Photo: Bruno Zalubil

Brno, Oct 22 (BD) – One of my favorite places in Brno is not on the tourist track, like Spilberk Castle or the Cathedral of Petr and Pavel. It is also not on the architectural circuit, like Vila Tugendhat or Vila Löw-Beer. This place is not even on the nightlife circuit, like Club Metro or Super Panda Circus.

Instead, the place that I like to go when I have a little bit of time to myself is just a little bit north of the city center in an architecturally interesting building that should remain quiet, or at least hushed: Moravská zemská knihovna or, in English, the Moravian Library.

There are more than 80,000 university students in the city of Brno. Their school year has started and they are already deep into the books. That makes MZK a hive of activity.

Maybe it’s not sexy, but, in my opinion, a city with a good library is a good city in which to live.

MZK actually has a long history. It was founded in 1808 — you know, the year that James Madison was elected the fourth president of the United States and the year that Napoleon turned his attention to the Iberian Peninsula and the year Ludwig van Beethoven premiered his Fifth and Sixth Symphonies, his Fourth Piano Concerto and his Choral Fantasy down the road in Vienna during a four-hour benefit concert that was so well-received it is known as the Akademie. Since 1935, MZK has served as a regional library for the region of Southern Moravia.

The current building is close to five universities. Thirty-four architects submitted plans and the winning design was selected by an international committee. It opened in 2001. Click here for a video about building MZK.

MZK has more than 4 million volumes and it is the second largest library in Czech Republic. It also has valuable historical collections including 384 incunabula (according to Wikipedia.com: a book, pamphlet, or broadside that was printed—not handwritten—before the year 1501 in Europe), about 800 manuscripts, and 60,000 old prints. According to the MZK website, which has a comprehensive English-language section, the library staff of 157 serves 21,000 registered users (about 60% of them students) lending 565,000 items per year.

The second floor of MZK is the foreign languages section. There are many shelves filled with nonfiction books, fiction books, textbooks, and videos. There is also a comprehensive section of language books that serve as a handy reference section for the many English-speaking teachers in the city.

I’ve read books that bring me back to home, like Ernst Hemingway, F. Scott Fitzgerald, Walt Whitman and Kurt Vonnegut; and I’ve read books to try to understand Czech culture, like English versions of “War with the Newts” by Karle Čapek and several Bohumil Hrabal and Milan Kundera books; and I’ve read contemporary authors like Bill Bryson, Haruki Murakami, Nick Hornby, Simon Mawer, Stephen King, and Malcolm Gladwell. Right now there is a special display of books by Kazuo Ishiguro, who will receive the 2017 Nobel Prize for Literature in early December. Basically, there are books for every taste and preference. It is, after all, a library.

You can sit and read any book that you find. To check one out you have to register, which costs 200 CZK a year / 100 CZK a half year and requires some identification. Once you have your card — and, really, are you a real citizen without a library card? — then you can check out 40 books for a month at a time. The online computer system allows you to check the stacks from home, and even place orders for books.

When the autumn winds blow and winter is knocking on the door, I recall school and feel like it is time to learn something new or refresh my understanding about something old. That is why libraries exist.

Facebook Comments
https://www.brnodaily.com/2017/10/22/brno-urban-guide/secrets-of-moravian-library-a-collection-of-masterpieces/https://www.brnodaily.com/wp-content/uploads/2017/10/mzk-library-brno-bruno-zalubil.jpghttps://www.brnodaily.com/wp-content/uploads/2017/10/mzk-library-brno-bruno-zalubil-150x84.jpg2017-10-22T04:13:24+02:00Bruno ZalubilArt & CultureBrno Urban GuideFamily and KidsLifestyleBrno,Brno Urban Guide,Culture,Expats Czechia,Things To Do in BrnoMoravian Library on Kounicova in Brno is the second largest in the Czech Republic. Photo: Bruno Zalubil Brno, Oct 22 (BD) - One of my favorite places in Brno is not on the tourist track, like Spilberk Castle or the Cathedral of Petr and Pavel. It is also not on the...Bruno ZalubilBruno Zalubilbzalubil@hotmail.comAuthorA connoisseur of the unpredictable and unscripted drama of sports.Brno Daily 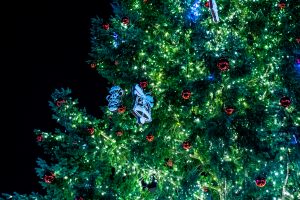 What To See And Do at The Brno Christmas Attractions 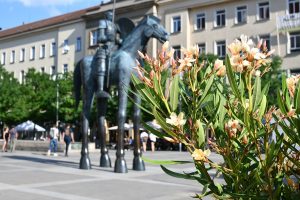 Visit Around 700 Statues of Brno Online 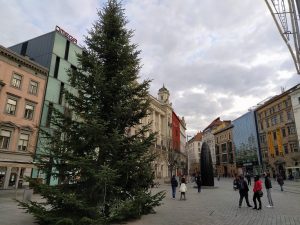 A connoisseur of the unpredictable and unscripted drama of sports.
View all posts by Bruno Zalubil →
« 10/21 There is a Sushi Day arriving in Brno
Western press refers to new era to follow Czech general election » 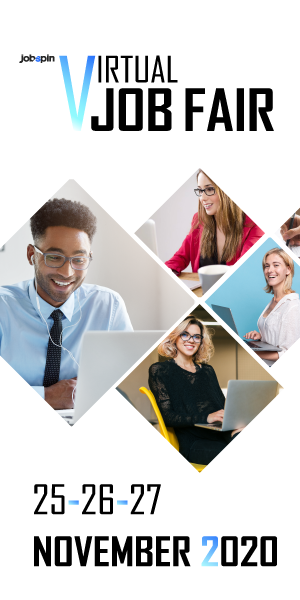