Prague, Dec 19 (CTK) – One of the first steps of the new Czech government of Andrej Babis (ANO) will be the replacement of a part of the 98 deputy ministers at ministries and ten at the Government Office, Milan Hamersky writes in daily Mlada fronta Dnes (MfD) today.

Under the law on civil service, the personnel changes need to be done by the end of the year, unless the government wants to keep the old deputy ministers for one more year at least, Hamersky writes.

The reduction of the number of deputy ministers can be presented to the public as a desired slimming down of the state apparatus, Hamersky says.

Apart from this, Babis will strike another blow to his weakened political rivals from the Social Democrats (CSSD) and the Christian Democrats (KDU-CSL) with whom the ANO movement formed a government in the previous election period, he writes.

The solution chosen by Babis will be a compromise between the need to maintain a functioning civil service, which is necessary for a successful governing, his wish to retaliate, and not losing a chance of receiving possible support for his minority government from the CSSD and the KDU-CSL, Hamersky says.

The billionaire Babis will manage well, he writes.

Apart from dealing with the lack of experts, ANO exerts pressure on the other parties that refuse to support Babis’s government in this way. Tejc is sure to be able to help persuade some MPs to support the minority government, Zverina says.

Babis repeatedly claimed that his movement, unlike traditional parties, does not recycle old faces, but ANO is doing the very thing now. This may harm its image, Zverina writes.

He says the “revived political corpses” will not only follow the orders of the managing director Babis, but it will be easy to get rid of them.

However, some ANO politicians may feel angry that they were not selected for the posts in exchange for their loyalty, Zverina says.

If the ANO leadership keeps handling the big group of ANO lower house deputies as its employees and as a stupid crowd, it may happen that the ANO MPs may stop being as obedient and flexible as they are now, Zverina writes.

Twenty-five years after the Constitution of the Czech Republic was adopted, on December 16, 1992, two individuals, new Prime Minister Andrej Babis and President Milos Zeman, are doing their utmost to circumvent it since they want to govern according to their own ideas, Alexandr Mitrofanov writes in Pravo today.

Though Babis’s cabinet is formally a minority one-colour government of his ANO movement and some unaffiliated experts, actually a troublesome coalition is on the horizon as Zeman’s men have filled some posts in it, Mitrofanov says.

This is a bizarre coalition of the ANO chairman and the president who has naturally nothing to do in this part of the constitutional bodies, Mitrofanov adds.

A government of two “bashaws” who do not care for rules at all is being born and if they are given free hands completely, they might be pushing through their own interests harshly, which should worry even the citizens who have never been thinking about the role of the constitution, Mitrofanov writes.

“Those who do not wish such a future have a chance not to vote for one of this coalition’s members in the January presidential election,” Mitrofanov concludes. 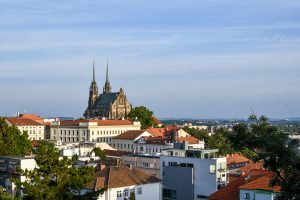