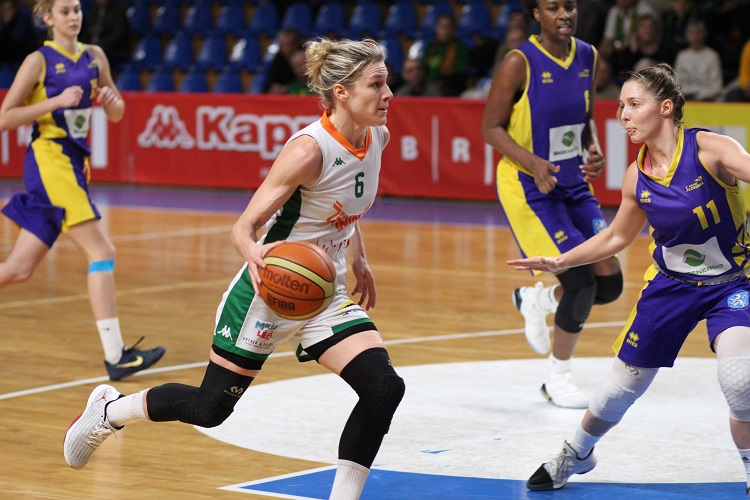 After one of their best halves of the year, Žabiny Brno recovered from a third-quarter swoon to hold on for an 86-81 victory over visiting Slovanka MB on Saturday.

“I think we played very well in the first half,” said Viktor Pruša, the head coach of Žabiny Brno (translated from Czech). “I think it was one of the nicest performances on the offensive half that we have had.”

Žabiny Brno (8-5) enter the three-week holiday break in sixth place in the 12-team ZBL. KP Brno (8-5), which beat Žabiny Brno earlier this month, is in fifth place. Technic Brno (2-11) is in 11th place. All three Brno teams will continue the season on the first weekend of January 2018.

Against Slovanka MB, Žabiny Brno jumped to a 52-42 halftime lead. In the third quarter they were outscored 16-26 before they pulled away to the five-point winning margin in the fourth quarter.

KP Brno 80, BLK Slavia Praha 85 — After hosting and losing to both Prague powerhouse teams on back-to-back Saturdays, KP Brno has earned a breather: they enter the holiday break in fifth place with an 8-5 record.

“The beginning didn’t work out for use,” David Zdeněk, the head coach of KP Brno, said after the loss to Slavia. “We were cold and without any energy.”

KP Brno was outscored 14-26 in the first quarter. They scored more points than Slavia in each successive quarter, but it wasn’t enough.

“From the second quarter our players got into the fight,” Zdeněk said. “They didn’t drop their heads and they cut into the deficit.”

SBŠ Ostrava 83, Technic Brno 47 — Technic Brno started the season with a 36-point road win at U19 Chance and a 19-point home victory over SBŠ Ostrava, but they could not add to their win total during the second time through the league, losing to U19 Chance at home last Sunday and in Ostrava on Sunday.

Hana Gašicová led the team with 12 points in Ostrava. Monika Stehlíková added 11. Both had their personal season highs of 17 when they played Ostrava in Brno in October.

“The beginning of the game was not that terrible,” said Brno head coach Lucie Zítková. “In the second half, we started to run out of strength and we began looking for mistakes everywhere except in ourselves.”

Technic Brno was outscored in every quarter, including 28-5 in the fourth.

With their game rescheduled for Monday so that it could be shown on live national television,

mmcité+ Brno played even with visiting SLUNETA Ústí nad Labem through the first quarter, but abysmal 3-point shooting slowed their offense and contributed to their 46-70 loss.

For the game, Brno made just one of 24 3-point attempts.

Canyon Barry made his home-court debut and scored eight points. He was 0-for-5 from 3-point range. The injured Brian Sullivan, another American sharp shooter, also had trouble in his first game on Brno’s home court; he was 0-for-7 from 3-point range in the season-opening game, which was also on live national television, in early October.

https://www.brnodaily.com/2017/12/20/breaking-news/brno-sports-weekly-report-impressive-first-half-propels-zabiny-brno/https://www.brnodaily.com/wp-content/uploads/2017/12/Zabiny4.jpghttps://www.brnodaily.com/wp-content/uploads/2017/12/Zabiny4-150x100.jpg2017-12-20T09:08:53+01:00Bruno ZalubilNews - ArchivedSportSportBrno, December 20 (BD) – KP Brno, Technic Brno and mmcité+ Brno have trouble; and the Brno sports schedule. Photo credit: Mirek Štěpánek / Basket Žabiny BrnoAfter one of their best halves of the year, Žabiny Brno recovered from a third-quarter swoon to hold on for an 86-81 victory...Bruno ZalubilBruno Zalubilbzalubil@hotmail.comAuthorA connoisseur of the unpredictable and unscripted drama of sports.Brno Daily 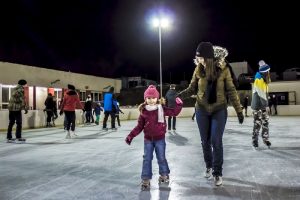 Register For Free Entry In The Sports Venues Of The City Of Brno During The Sports Days. 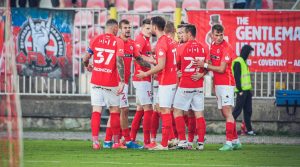 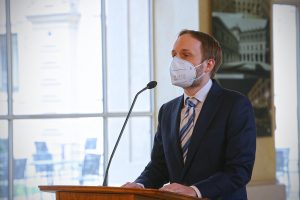 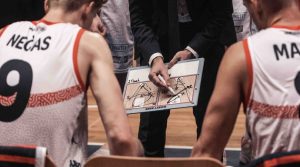