Fireworks: An Explosive Backdrop for Reflection

I have a friend who tried to teach American holidays to his Czech high school students. He had flashcards with photos.

Raise an image of Santa Claus and the kids say: Christmas.
Raise a picture of a haunted house: Halloween.
Raise a heart-shaped greeting card: Valentine’s Day.
Raise a picture or a sky filled with the colorful patterns of fireworks: New Year’s Eve.

Wait, what? Fireworks fit with the July 4 Independence Day holiday in the United States.

Not so in the Czech Republic. Expect a lot of fireworks to celebrate the turn of the calendar on Sunday night.

* * * * *
Fireworks are a passion for Czechs. The answer to the fireworks flashcard could actually be many things besides New Year’s Eve: A birthday. The end of summer camp. A victory by the Draci Brno baseball team. And, near my home last weekend, 1:12 p.m., 3:47 p.m. and 8:47 p.m. on Christmas Eve.

It makes sense. Brno, of course, is famous around the world for the Ignisis Brunensis international fireworks competitions. Tens of thousands of people surround the Brno Reservoir several nights a year to watch some of the most impressive and innovative firework displays in the world.

* * * * *
There will be a public firework display over Špilberk on New Year’s Day at 6 p.m. It will be big and beautiful and visible from around the city.
The night before, though, the city will resemble a war zone because of all of the private celebrations. Most will not be able to wait until 12 o’clock so expect sporadic explosions throughout the evening, a gradual build up throughout the night and an overall city-wide climax at midnight.

A lot of money will, literally, go up in smoke, but a lot of parties will fill the sky with a multi-colored and explosive display.

I’ve come to appreciate the fireworks as a time for reflection. I grew up with fireworks on July 4 when the summer night was hot. I see how they make sense as part of New Year’s Eve festivities. Drinks and toasts and kisses and hugs are great, and fireworks provide a nice backdrop to it all.

The above-mentioned firework display over Špilberk on New Year’s Day was not an actual event of a private organization.

When preparing the article, its author called the City of Brno and was told that Brno didn’t plan any official firework show.

The event thanks to the marketing and promotion was followed by nearly 3.000 people on Facebook. After the announced time of what was supposed to be the beginning of the show, the organizers wrote on the event’s Facebook page that, in fact, the show was not real and they wished to have an official New Year’s celebration party in Brno.

Brno Daily apologizes for any inconvenience caused by the promotion of what we thought was a real event. 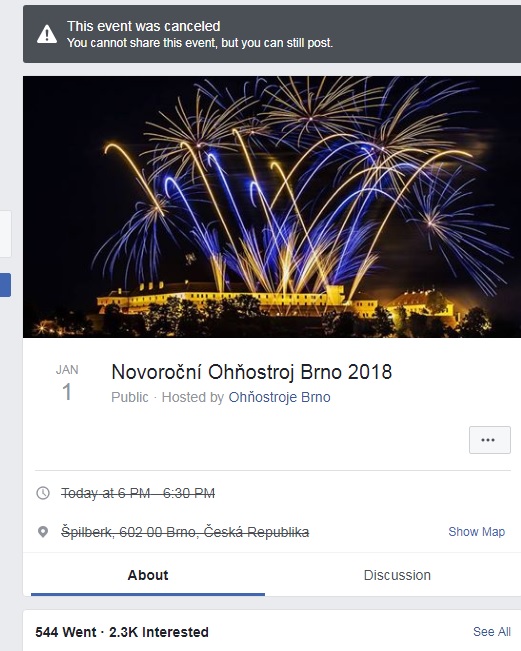 https://www.brnodaily.com/2017/12/30/brno-urban-guide/fireworks-an-explosive-backdrop-for-reflection/https://www.brnodaily.com/wp-content/uploads/2017/05/fireworks-in-brno.jpghttps://www.brnodaily.com/wp-content/uploads/2017/05/fireworks-in-brno-150x63.jpg2017-12-30T08:32:52+01:00Bruno ZalubilArt & CultureBD MagazineBrno Urban GuideBrno,Brno Urban Guide,Culture,Things To Do in BrnoBy Bruno Zalubil I have a friend who tried to teach American holidays to his Czech high school students. He had flashcards with photos. Raise an image of Santa Claus and the kids say: Christmas. Raise a picture of a haunted house: Halloween. Raise a heart-shaped greeting card: Valentine’s Day. Raise a picture or...Bruno ZalubilBruno Zalubilbzalubil@hotmail.comAuthorA connoisseur of the unpredictable and unscripted drama of sports.Brno Daily

Brno, Brno Urban Guide, Culture, Things To Do in Brno 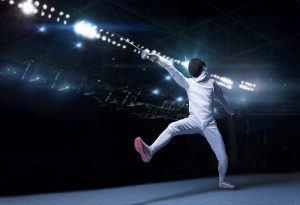