Time to Begin Your Tax Procrastination. Or Not. 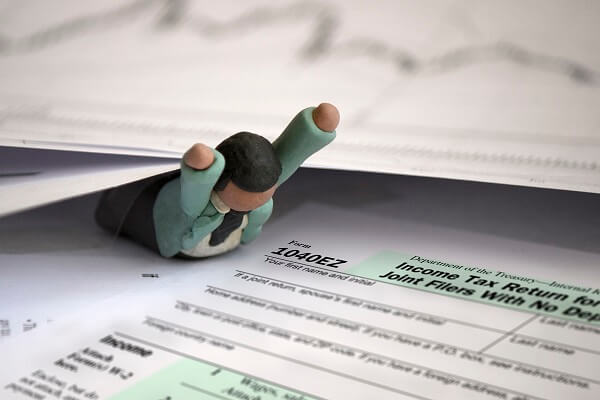 Your paychecks for December 2017 will soon be coming through. That’s good news! You’ll have some money.

Also, you’ll be able to start — and complete — your taxes!

Every year I think about how I should get on my taxes early so as not to be stressed out when the March 30 deadline arrives. Yet, every year, I promptly ignore this idea until the level of stress is sufficient to get me to actually get moving.

This is my advice to you: Take all of those pieces of paper that you get this month, hold onto them and then, if you really have to, procrastinate. When you actually do get around to filling out the tax forms, at least you will have all of the paperwork in one place.

Here is word of warning: the local authorities do check up on you to make sure that you have dotted every i and crossed every t.

The first audit started with a voice message. I called back and, in my rough Czech, made the mistake of using the informal style of speech. That was a mistake. “Don’t speak informally to me, Mr. Zalubil,” is the English translation for what was barked at me. The next day I went to the office worried about what would happen. In the end, the office workers who accept the paperwork had somehow misplaced my paperwork. I focused on using the formal tenses and, face-to-face, everything was fine.

The moral of the story: make copies of everything and staple everything you provide together.

The second audit was a few years later and started in the same way. On the callback, I actually made the same informal-speaking mistake, but I caught myself and corrected it immediately. Nevertheless, I still had to go to the office the next day.

This time I had made the mistake. I had not allocated money that I received from one school in the correct place. It seemed like a minor mistake and, even though the woman said from the very beginning that it would probably work out to be about the same amount of tax, I still had to do everything from scratch. It ended up being more complicated and it took the woman and her colleague more than 45 minutes to completely redo my taxes on a new form. In the end I owned 27kc additional crowns.

The process paid two employees a total of 1 ½ hours of salary, it took several unpaid hours of time out of my day, and it had caused me a significant amount of worry. It was absurd.

Perhaps unwisely, I asked: “Can I pay these 27kc online?”

The woman did not catch my sarcasm. “It’s only 27kc,” she said. “It will be much easier to just pay it downstairs at the cashier’s window.”

I hope that nobody goes through a similar situation. Generally taxes in this country are simple. In fact, most companies do your taxes for you. People who have a business license have a few extra steps to follow. I suggest you find a good accountant.

And, I suggest you get started right now.

Facebook Comments
https://www.brnodaily.com/2018/01/12/relocation-to-brno/time-to-begin-your-tax-procrastination-or-not/https://www.brnodaily.com/wp-content/uploads/2017/05/taxes.jpghttps://www.brnodaily.com/wp-content/uploads/2017/05/taxes-150x100.jpg2018-01-12T09:23:02+01:00Bruno ZalubilBrno Urban GuideBusinessPoliticsRelocation to BrnoBusiness,Czech Republic,Employment,Expats Czechia,Justice,Politics,Relocation to BrnoYour paychecks for December 2017 will soon be coming through. That’s good news! You’ll have some money. Also, you’ll be able to start — and complete — your taxes! By Bruno Zalubil Every year I think about how I should get on my taxes early so as not to be stressed out...Bruno ZalubilBruno Zalubilbzalubil@hotmail.comAuthorA connoisseur of the unpredictable and unscripted drama of sports.Brno Daily