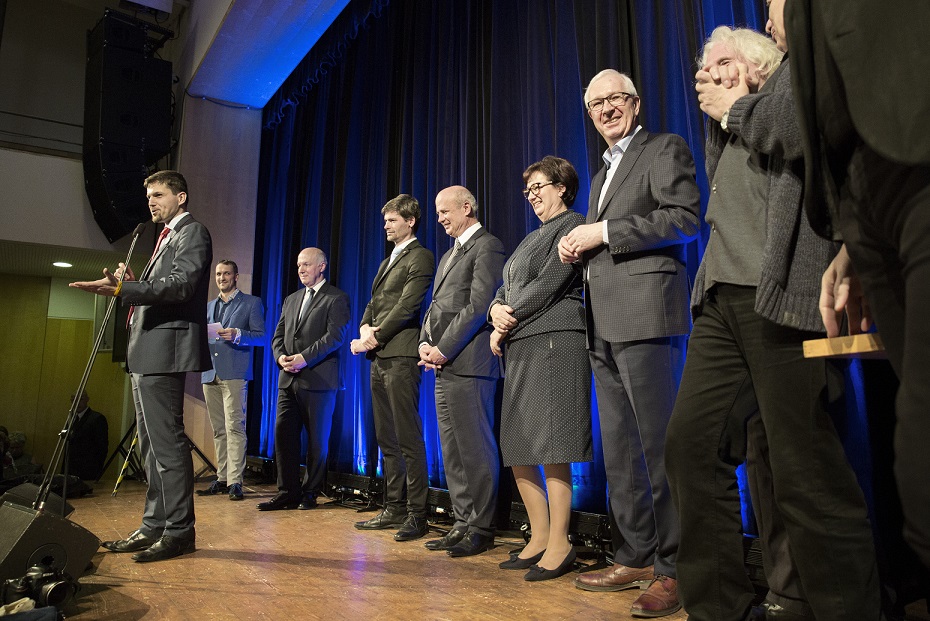 The last presidential TV debate had no clear winner. Photo: Meeting of Drahos’s supporters in Semilasso, Brno, Jan. 21, 2018. Courtesy of Whenever s.r.o.

Prague, Jan 26 (CTK) – Academic Jiri Drahos was bolder than before in the second televised duel of the Czech presidential candidates on Thursday, while incumbent President Milos Zeman got under pressure, also as a result of the format of the debate on public Czech Television (CT), experts have told CTK.

According to political analyst Daniel Kunstat, voters may have been impressed by Drahos, who looked dignified and fresh, compared with Zeman.

Alzbeta Kralova, from the Institute of Political Marketing, said no one was defeated in the duel. Zeman adapted himself to the serious format of the debate, she said.

“Jiri Drahos looked incomparably more convincing than in the previous discussion [on commercial TV Prima on Tuesday], which, however, does not mean that he impressed Milos Zeman’s voters,” Kunstat said.

Kralova said Drahos fared well in the debate, drawing a lesson from the mistakes he made in the previous one.

“Drahos simplified his statements and presented them in a much more comprehensive way. It is important that he succeeded in challenging Zeman’s position of an unparalleled rhetor who stands high above the inexperienced Drahos,” Kralova said.

Zeman’s style was less aggressive than in the previous debate.

“He adapted himself to the serious style of the debate and reduced his aggressive lash-outs. Thanks to his political experience, he dominated [the discussion on] theoretical issues,” Kralova said.

She and Kunstat agreed that Zeman surprisingly did not dominate the duel, though Drahos, a former Science Academy chairman, has only little experience with political debates.

Zeman did not succeed in harming Drahos significantly, which was definitely one of his goals in the debate. As the debate continued, Zeman became evidently tired, Kralova said.

“He looked tired and in defensive, which is rather paradoxical in view of the rival he was faced with,” Kunstat said.

According to Kunstat and Kralova, the outcome of the debate on CT was influenced by its format, which profoundly differed from that of the previous debate on Prima TV.

The audience was less numerous and the crowd did not disturb the debate by noisy reactions, which left more space for the candidates’ clash of opinions, Kunstat and Kralova said.

They praised as professional the performance of the anchorwoman, Svetlana Witowska.

“On commercial TV stations, the tabled issues suited Zeman, as did the anchormen who often played into his hands. He looked far from so convincing today,” Kunstat said following the CT duel last night.

“It has turned out that Zeman is not that strong an opponent if faced with questions targeting his weak points,” Kunstat added.

Political scientist Vladimira Dvorakova said on CT that the winner of the debate will be chosen by voters. They will decide in the presidential runoff vote today and on Saturday depending on whether they wish a distinguished, strong president or rather a president-moderator, Dvorakova said.

https://www.brnodaily.com/2018/01/26/breaking-news/ct-presidential-debate-without-winner-drahos-improved-experts/https://www.brnodaily.com/wp-content/uploads/2018/01/Drahos-v-Brne-courtesy-of-Whenever-s.r.o..jpghttps://www.brnodaily.com/wp-content/uploads/2018/01/Drahos-v-Brne-courtesy-of-Whenever-s.r.o.-150x100.jpg2018-01-26T08:45:19+01:00PTVTeamNews - ArchivedPoliticsBreaking News,Czech Republic,PoliticsThe last presidential TV debate had no clear winner. Photo: Meeting of Drahos’s supporters in Semilasso, Brno, Jan. 21, 2018. Courtesy of Whenever s.r.o.Prague, Jan 26 (CTK) - Academic Jiri Drahos was bolder than before in the second televised duel of the Czech presidential candidates on Thursday, while incumbent...PTVTeamPTV Teaminfo@ptvmedia.czUm_memberBrno Daily