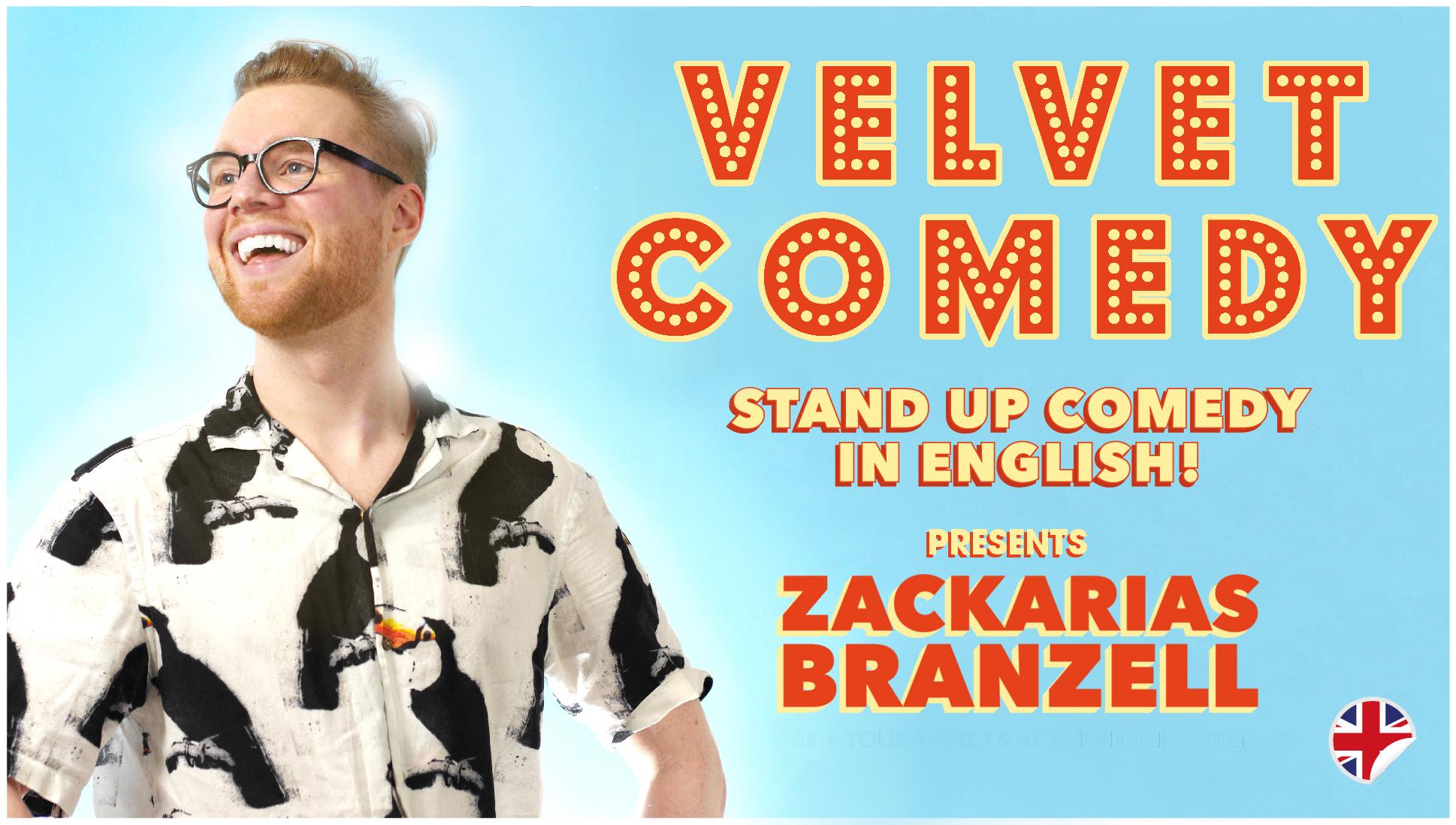 Following up on a successful first event to kick off the new year, Velvet Comedy is returning to Brno with two shows in February to make sure you aren’t taking 2018 too seriously.

February’s shows will include a healthy dose of the trials and tribulations (and absurdities!) of living abroad.

Expatriate comedians may be somewhat of a new breed, but unlike performers who focus solely on their home countries, expat comedians have another tool at their disposal- viewing cultures (and pointing out their oddities) through a different lens.

“It feels great to win without competition,” Branzell told Brno Daily. “I once won the silver medal in a wrestling tournament as a child because only one other kid showed up.”

In addition to exploring the topics of family and relationships, Branzell’s February 7th show will include an uplifting analysis of life in Scandinavia and what it’s like to be a Swede living in central Europe.

Williams, the man who may have cracked the enigma of the single-handled balcony door, has been living in Poland for 10 years and, as you might expect, can lay it down in Polish, too.

Although he does not claim to be perfectly fluent, Williams points out that he does “speak Polish better than Donald Trump speaks English,” which is apparently well enough to do stand-up in Polish. (Observe for yourself here, with English subtitles available.)

Originally from Arizona, Williams has toured extensively in Europe and the United States. While his February 21st show will be an English language stand-up routine, he is also an award-winning physical comedian (see here) and has spoken at TEDx events as well.

Both shows will be held in the cozy confines of Naproti Absinthe Bar on Jana Uhra Street, just off of Veveří, kicking off at 8:00pm. (Doors open at 7:00pm.)

Tickets are available at the door, but you can save 50 crowns per ticket by ordering ahead of time on GoOut (here and here), which can also be accessed through the Facebook event pages for Branzell and Williams’ shows.

Brno, Events in Brno, Expats Czechia, Things To Do in Brno