Czech youth drink most in Europe 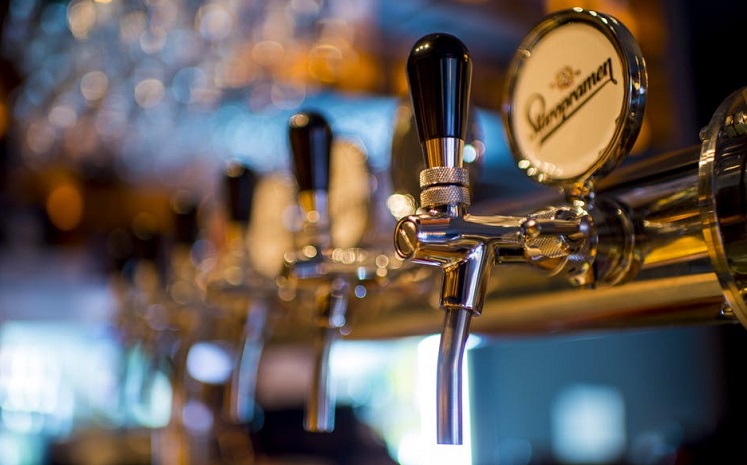 Drinking alcohol is considered an acceptable behavior in Czech society. Many people do not see alcohol as a dangerous drug. Photo: Pixabay

Feb 6 (BD) – According to the latest European School Survey Project on Alcohol and Other Drugs, Czech juveniles have been drinking more alcohol than any other nationality in Europe since 2011, main Czech media news server Aktualne.cz wrote yesterday.

Alcohol and drug use go hand in hand with truancy, said a psychologist in an interview for DVTV.

“On average, over 60% of the students in the participating countries replied that they would find it fairly or very easy (hereafter referred to as easy) to get hold of cigarettes if they wanted to. Students in the Czech Republic were most likely to find it easy (80 %), followed closely by Austria (79 %), Liechtenstein (77 %) and Denmark (76 %),” reads the 2015 European School Survey Project on Alcohol and Other Drugs (ESPAD) report.

“Czech youth drink the most in Europe. It is very important that their first exposure to addictive substances such as alcohol and cigarettes come as late as possible,” says Helena Rampachová, chairwoman of the Association of Non-Governmental Organizations. The association has launched a campaign called ‘Zůstaň nad vlivem’ [loosely translates as ‘Win over Addiction’]. This is the pilot year of the nationwide campaign aimed at preventing addiction in children and adolescents in the Czech Republic.

The average age when Czech children try alcohol for the first time is 12 years, according to Aktualne.cz.

ESPAD data shows that in the Czech Republic, 37% of students reported having used any illicit drug at least once, which was more than twice the ESPAD countries average of 18%. Due to alcohol poisoning, two thousand Czech youth fight for their lives at intensive care units every year.

“Well established, long-term campaigns can help change the perception of alcohol and other addictive substances among young people,” Rampachová believes.

The campaign runs primarily in an online social networking environment that is a natural place for children and young people to find information.

According to a 2015 OECD report, the Czech Republic holds the worst record in Europe with over 40 percent of 15-year-olds admitting that they drink on a regular basis, Radio.cz reported.

https://www.brnodaily.com/2018/02/06/breaking-news/czech-youth-drink-most-in-europe/https://www.brnodaily.com/wp-content/uploads/2018/02/Czech-youth-drink-most-in-Europe-Brno-Daily-2018.jpeghttps://www.brnodaily.com/wp-content/uploads/2018/02/Czech-youth-drink-most-in-Europe-Brno-Daily-2018-150x93.jpeg2018-02-06T11:02:58+01:00BD StaffNews - ArchivedBreaking News,Brno,Czech Republic,HealthDrinking alcohol is considered an acceptable behavior in Czech society. Many people do not see alcohol as a dangerous drug. Photo: PixabayFeb 6 (BD) - According to the latest European School Survey Project on Alcohol and Other Drugs, Czech juveniles have been drinking more alcohol than any other nationality...BD StaffBD Staff team@brnodaily.czAdministratorBrno Daily - English News and Events in Brno.Brno Daily