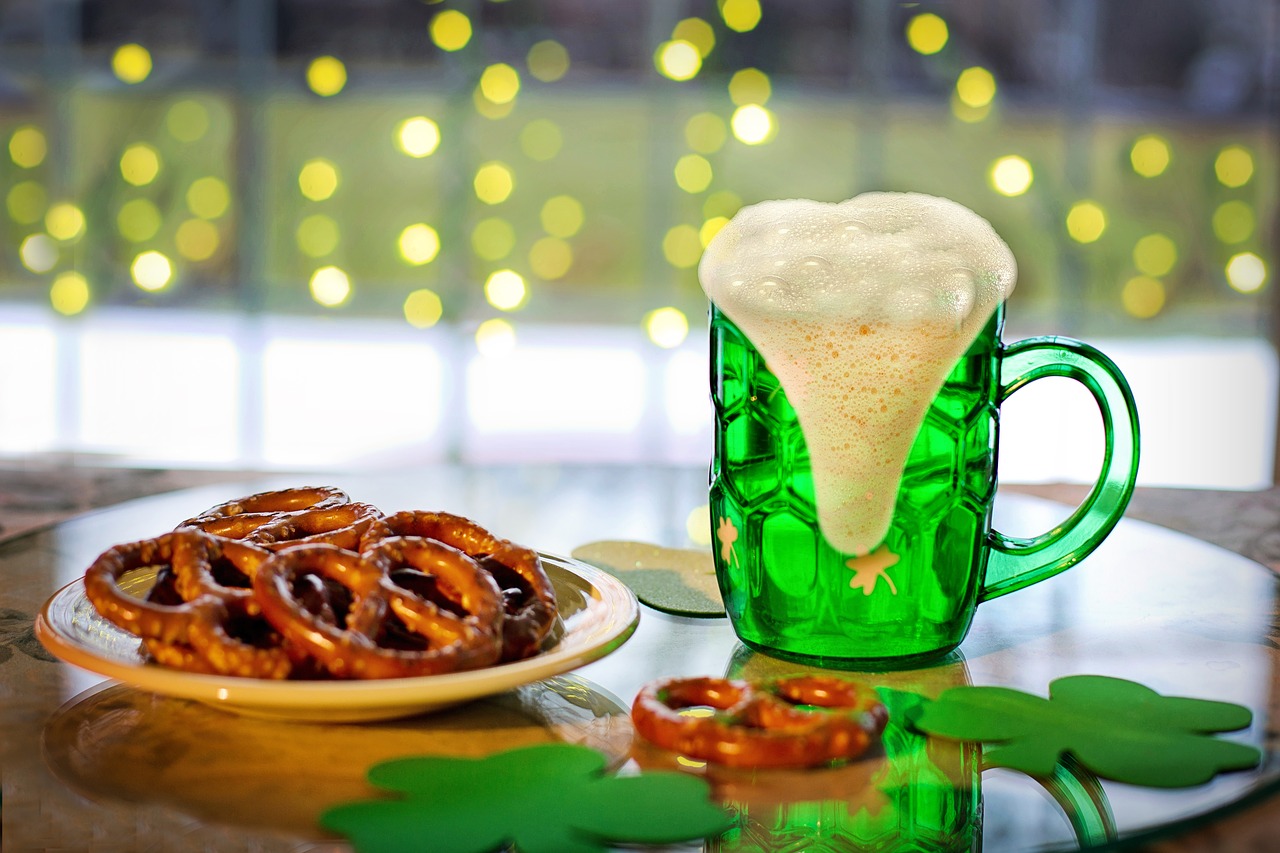 It is not that a college town like Brno needs an excuse to party, but this Saturday will be one of the big ones: St. Patrick’s Day. Photo: Pixabay

Rio de Janeiro has Carnival. New Orleans has Mardi Gras. Munich has Oktoberfest. Mexico has Cinco de Mayo. Yet, none of those celebrations translate to parties around the world the same way that St. Patrick’s Day taps into the Ireland.

Brno has three authentic Irish places: The Flag Erin’s Irish Pub (Biskupská 246/3) and St. Patrick Irish Pub (Jakubské nám. 101/2) are the relatively new additions; The Immigrant (Veveří 57) has been around for years and it has established itself as a watering hole for expats, Irish and otherwise.

All three — plus, probably, a lot of other non-Irish establishments — will take advantage of the Saturday-night timing to celebrate St. Patrick’s Day.

There is a book, published in March 1995, named “How The Irish Saved Civilization: The Untold Story of Ireland’s Heroic Role from the Fall of Rome to the Rise of Medieval Europe” by Thomas Cahill. It makes a compelling case for how the clergy in far-off Ireland maintained Western Civilization while the
Huns and the Germanic tribes decimated the Roman Empire. Many medieval manuscripts, for example, survived the dark ages because they had been protected in Ireland.

Saint Patrick played a major role and he is the patron saint. He was a Christian missionary credited with converting Ireland to Christianity in the AD 400s. There are many myths associated with him that may or may not be true, including using the shamrock to explain the Trinity; driving the snakes out of the country; being the first to bring Christianity; and being born and dying on his feastday, March 17th.

St. Patrick’s Day has become a day to celebrate all things Irish and, in many ways, it has grown in two very different directions. In Ireland, it is a traditional day of obligation with families going to church in their Sunday best then returning home for a large roast dinner. Alcohol was not a big part of the festivities; in fact, pubs were not allowed to be open on St. Patrick’s Day until the mid-1970s.

Outside of Ireland, pretty much the opposite is true. There is not a lot of church attendance and nice clothing involved. Mostly, it is just drinking alcohol. New York City, for example, has had a parade to celebrate St. Patrick’s Day since 1766; from personal experience, there are not a lot of sober people by the end of it.

Regardless of the reasons, St. Patrick’s Day is a day that everyone is a bit Irish.

Personally, I celebrate by making a Sheppard’s Pie. It is an easy recipe, and good. I’ll also have some Jameson Irish Whiskey (local stores currently have sales). Perhaps, I’ll even have a Guinness, just to get the real taste of Ireland.