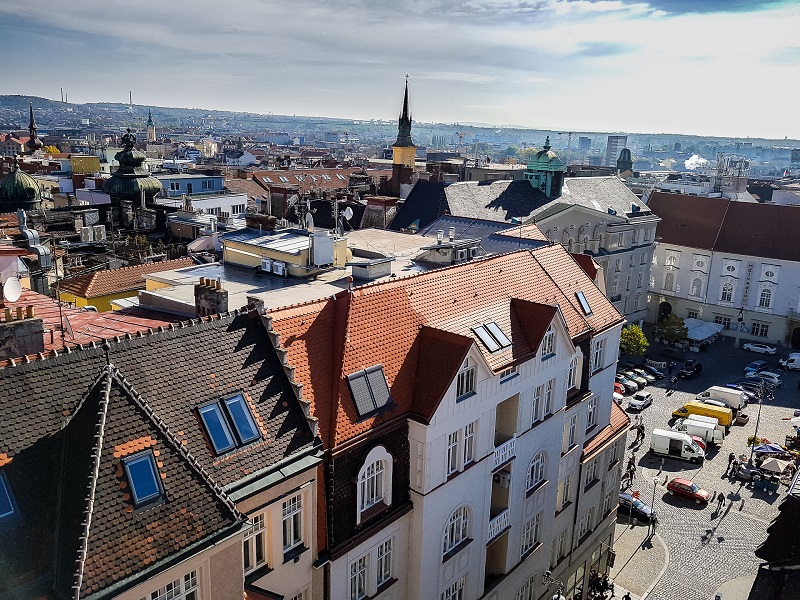 In 2017, Brno’s population grew by 6,255 people compared to the previous year. The number of short-term apartments available via AirBnB is rising sharply. In 2017 there were 1,066 such apartments. People appreciate Brno public transport, but many complain about parking. Two thirds of Brno citizens are happy with their jobs. These are just some of the findings of the recently published report on the quality of life in Brno. Photo credit: Casadei Graphics

Brno Apr 25 (BD) – The City of Brno has published ‘The City State Report 2018’, a report that lists facts about the city related to factors important for the long-term development of the city.

The report was presented on April 23 at the annual meeting of the ‘Brno Municipal Ecosystem’ and published on the city data portal Data.brno.cz.

In the report, basic statistical indicators of the city are described with infographics. “I am glad that the citizens liked last year’s report on the state of the city and found it interesting. The data and facts about the city were presented in a simple and comprehensible graphic form, which the readers appreciated,” explained Deputy Mayor Jaroslav Kacer in the official press release.

The gross domestic product (GDP) per inhabitant of Brno is above both the Czech national GDP per capita and that of the EU. Latest data: 2016. Source: Data.brno.cz

Compared to the previous year, this year’s report was divided into more categories, in accordance with the goals of the #brno2050 strategy. For instance, the category of ‘quality of life’ was split into three parts, while three new categories were added: Prosperity (economic data, labor market), Services (health, culture, crime) and Environment (environment, quality of life).

The sources used for the report were traditional ones, such as the Czech Statistical Office, Ministry of Labour and Social Affairs, and ‘non-traditional’ sources such as mobile operators, Airbnb, and Sreality.

Some data and information featured in the report

Life in the city

You can find more data on the website Data.brno.cz. Download the PDF file with the infographics here.

https://www.brnodaily.com/2018/04/25/breaking-news/7-out-of-10-happy-with-brno-public-transport-2-out-of-10-happy-with-parking/https://www.brnodaily.com/wp-content/uploads/2018/04/brno-casadei.jpghttps://www.brnodaily.com/wp-content/uploads/2018/04/brno-casadei-150x113.jpg2018-04-25T09:31:55+02:00Valentina BoticaNews - ArchivedBrno,Brno Urban Guide,Business,Culture,Czech Republic,Employment,Transport,Travel TipsIn 2017, Brno’s population grew by 6,255 people compared to the previous year. The number of short-term apartments available via AirBnB is rising sharply. In 2017 there were 1,066 such apartments. People appreciate Brno public transport, but many complain about parking. Two thirds of Brno citizens are happy with...Valentina BoticaValentina Boticavalentina.botica1801@gmail.comAuthorHello Brno, I'm Valentina from the windy side of Croatia, a journalist, belly dancer, and a fighter against patriarchy.Brno Daily