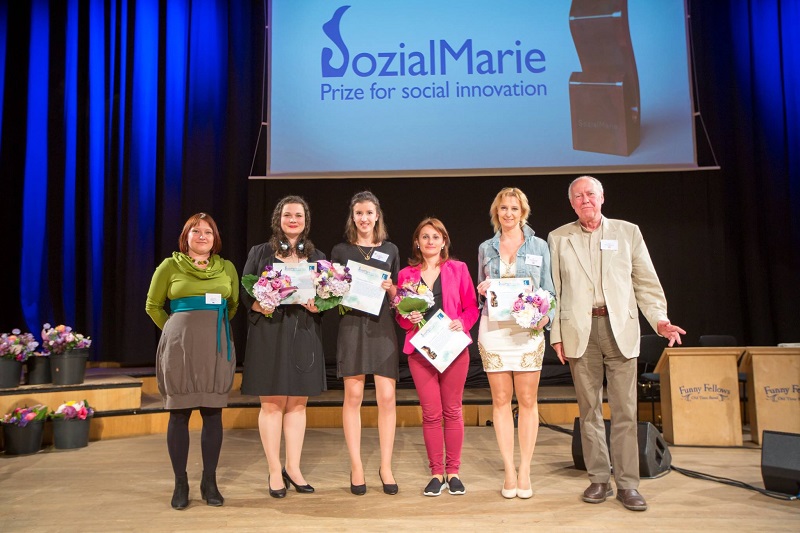 Brno, May 4 (BD) – The successful Rapid Re-Housing project in Brno, which focuses on housing families in danger of becoming homeless, won the prestigious SozialMarie Award in Vienna on May 1.

SozialMarie is the oldest award for socially innovative projects. SozialMarie has been awarding 15 projects every year since 2005. The Brno project Rapid Re-Housing was also awarded by the European Federation of National Organisations Working with the Homeless (FEANTSA) last October.

Rapid Re-Housing is the first project to test the innovative housing solution ‘Housing First’ in the Czech Republic. Fifty Brno families in need were given the opportunity to become tenants in municipally-owned apartments in 2016.

“The project provides [‘Housing First with Intensive Case Management’] for 50 families in Brno who were previously living in private hostels or shelters, or experiencing other forms of homelessness,” the official website of the SozialMarie Award reads.

The families have gained stable housing and the intensive support of social workers.

One of the project goals is to determine whether providing these families with long-term, safe and dignified living conditions improves their health and alleviates problems such as children’s poor educational performance.

Brno’s project exceeded its goal when a total of 46 families out of 50 extended the contract, thus keeping the housing.

“The impact of the project is measured by a randomized control trial, which allows it to isolate outside factors by comparing the treatment and control group. Housing retention rate is 97% (01/2018),” explains the official website of the SozialMarie Award.

The Rapid Re-Housing project is financially supported by European funds and was created in a partnership between Brno City Council, IQ Roma Servis, z. s. and the University of Ostrava.