Czech national teams have had success in baseball. Last summer, the U-23 Czech team (shown above) finished second in the European Baseball Champions. This week, the senior Czech team is hosting the national team from Taiwan. Photo credit: Jan Beneš

Brno is lucky because it has quality baseball teams in the Czech extraliga and, more importantly, a nice stadium that is prepared for international competition. With summer weather, it’s a perfect time for a ballgame.

Tonight and tomorrow, Městský baseballový stadión in South Brno will be the site for the remainder of a four-game series between the national teams of the Czech Republic and Taiwan.

Taiwan is one of the best teams in the world. They have stopped off in the Czech Republic for preparation games in advance of a tournament the Netherlands.

The first game of the series was in Blansko on Monday; Taiwan won, 8-1. The teams played at MBS last night and Taiwan won 9-4.

The good news: the Brno Sígrs reached the postseason in their first year in the top league of American football in the Czech Republic.

The bad news: the Sígrs had to play the undefeated Prague Black Panthers and lost, 63-0, on Sunday.

The Black Panthers will play the Aquaponik Ostrava Steelers in the championship game on Saturday in Ostrava. The Steelers advanced by beating the Prague Lions, 31-24.

The Sigrs officially started six years ago. They lost the title game of the Bitters Silver Bowl, the second-league title game, last year. This year they were 4-6 in their first season in the top league.

Brno will again have three teams in the ZBL for the 2018-19 season. The first games of the season are all listed for Oct. 3.

KP Brno, which won the Czech Cup and finished second in the league, will start at home against U19 Chance. Žabiny Brno will travel to SBŠ Ostrava for the start of the season. Technic Brno stays in the league; they will host DSK Basketball Nymburk in the first round.

Click here for the schedule. Dates and times are subject to change.

Last season, the Brno team finished the regular 22-game season in 10th place with a record of 6-16, then, against lighter completion after the teams were shuffled into two groups, and in the Play Out bracket, the team finished the season with an overall record of 14-24.

The 2018-19 regular season will have 22 games through early February.

Click here for the schedule. Dates and times are subject to change. 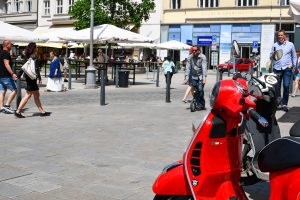 Brno-střed District Calls For Regulation Of Shared Vehicles In Brno 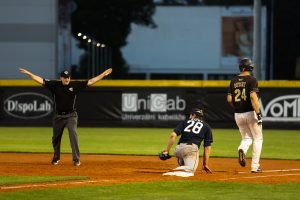 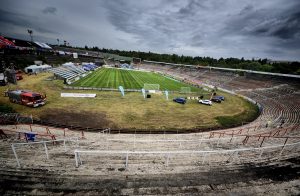 Youth Training Centre To Be Established Near Lužánky Park

A connoisseur of the unpredictable and unscripted drama of sports.
View all posts by Bruno Zalubil →
« 11/7 Dutch student symphony orchestra and choir at Jakubské náměstí
Brno Central Station: Final decision on new location taken by the government yesterday »