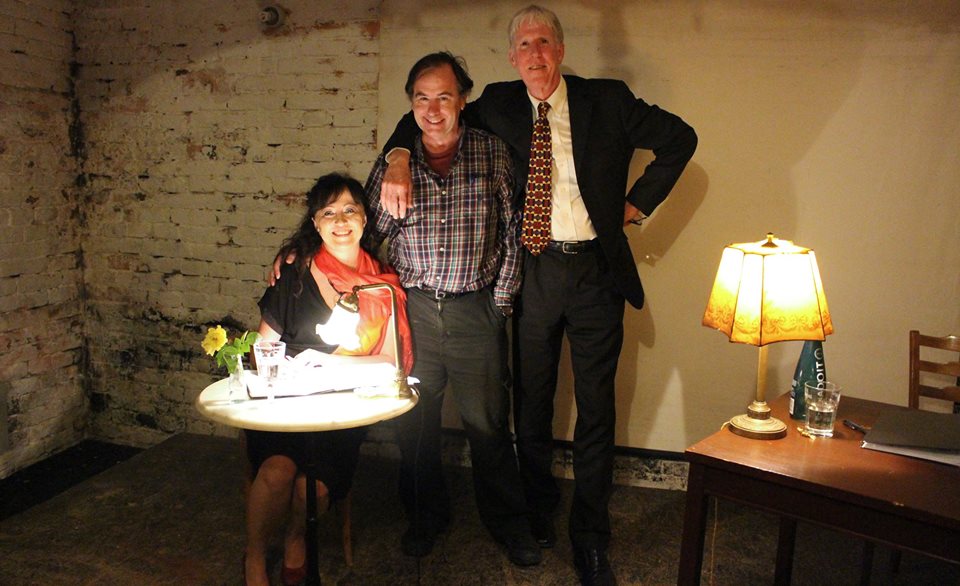 Brno, Aug 20 (BD) – BEST Divadlo, Brno’s English-language theatre has announced that its upcoming season will open with a production of the play “Love Letters” at Kabinet Múz (map) on 30-31 August and 1 September. The presentation is being done in conjunction with an international conference on linguistics being hosted by Masaryk University.

“We’re very pleased to offer this modern classic of the American theatre to our friends and patrons in the Brno community,” says Gene Terruso, the Producing Artistic Director of BEST, and we hope it will help us reach new audiences among Czech theatre lovers and expats in the region.”

The romantic comedy is an intimate glimpse at the lifelong relationship between a man and woman through the exchange of their ongoing written correspondence. Their letters to each other begin in early childhood and extend through youthful controversies to mature love and deep friendship. All the while, they share their journeys through professional and personal successes and stumbles.

Last season, Terruso’s production of the political comedy “November” was a critical success which resulted in a great deal of attention being paid to the young theatre company and its mission of bringing English-language theatre to Brno and the surrounding region. “Love Letters” will be directed by Jeff Smith who portrayed the fictional U.S. president in “November.”

While this performance of “Love Letters” will be its premiere presentation in Brno, the romantic comedy, written by acclaimed American playwright A.R. Gurney, has been performed extensively throughout the world. The format of the play, which has the two characters reading from the letters they have written to each other throughout their lives, has made it attractive to a range of major stars including Alec Baldwin, Candice Bergen, Brian Denehy, Alan Alda, Mia Farrow, Gerard Depardieu, Carol Burnett, Charlton Heston and a host of others.

“I think the success of the play is based in how deftly it moves through all the emotional experiences of a deep and committed relationship,” says Terruso, “from the awkward flirtations of adolescence through the passions of the teenage years, the seasoned love of adulthood and finally, the confidentiality we require of our closest friends.”

“We’re very fortunate to have Jeff (Smith) directing the show. Audiences who enjoyed his performance in “November” will find his directing skills equally impressive – skills he has employed as Director of the Gypsywood Players, Masaryk’s longtime English-speaking theatre troupe.”

The show will feature US ex-pat Kuba Comerford as the well-to-do gentleman whose upbringing puts him in a position to find success as both a businessman and politician. Local actress Ivana Danhelova — an alum of Gypsywood—will portray the free-spirited woman who gravitates toward art, drinking and questionable choices in men. One of BEST’s founders, Danhelova will be appearing for the first time in one of the company’s productions.

The play’s merits were recognized when it was honored as a finalist for the Pulitzer Prize, the award which each year cites an outstanding new American play. Author Gurney’s other successes include “The Dining Room,” “Scenes from American Life” and “The Cocktail Hour.”

Another distinctive feature of BEST’s production of the play is that it emerged from the theatre group’s new Free Play Reading Series. The series offers the community an early glimpse at shows that are being considered for later production. Patrons attend these monthly readings free of charge and share their insights with the artists following the readings. “Love Letters” was the first presentation in the series at the Falk Café earlier this summer. “It was a pleasure participating in the Free Reading Series with our reading of “Love Letters,” Danhelova remarked. “We’re eager to offer it to a wider audience later this month.”

Performances on 30 August through 1 September will be at 20:30 all three nights. Kabinet Múz is located at Sukova 49/4, Brno centrum.  Anyone interested in attending the show should go to BEST’s ticket reservation line – bestdivadlo@gmail.com with the date and number of tickets they request. Tickets for the show will be at a premium, however, since attendees at the Masaryk conference will comprise a large portion of the audience. Local patrons are encouraged to reserve their seats at the earliest opportunity.

Based on the official press release.

« Day of Brno – 1645 Špilberk under the Swedish Siege
50 Years Ago: When Tanks Rumbled Through Brno »