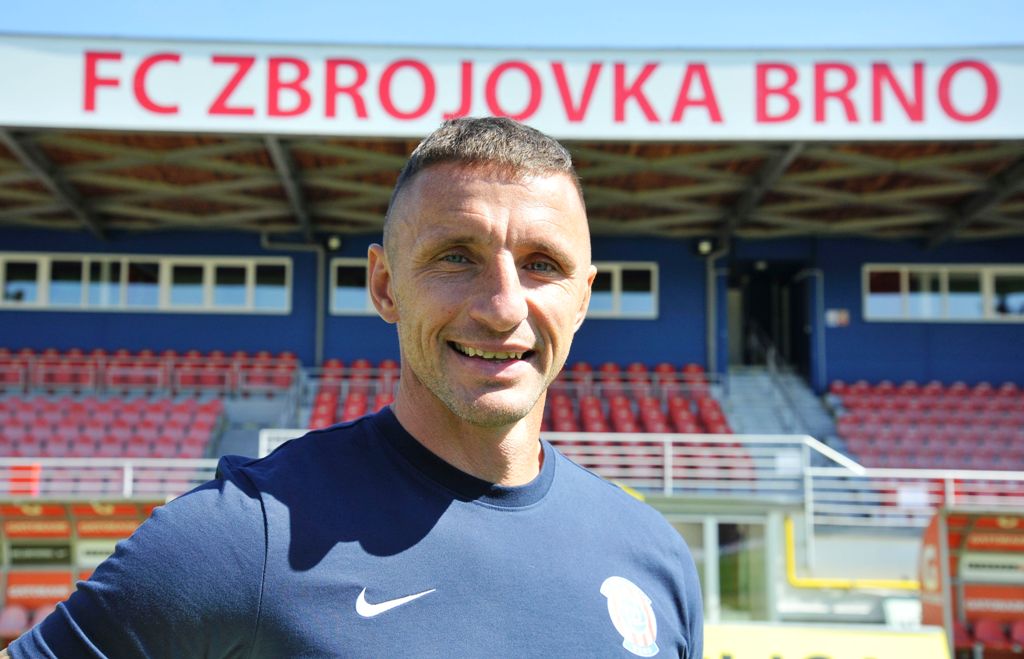 Losing to a team from a small town in Moravia was too much for the management of FC Zbrojovka Brno.

Roman Pivarnik is out. Pavel Šustr is in as the new head coach.

“The main reason for the change is that the results were not what we expected,” said Zbrojovka sports manager Tomáš Požár. “The season did not go the way we wanted, so we have reached this step.”

Šustr has been with Zbrojovka as a player and a youth coach for many years. He will take the field as head coach for the first time Thursday in Ústí nad Labem. The 6 p.m. game will be on Czech TV.

The next home game is in the middle weekend of September when Táborsko comes to Brno.

“I have always said to everyone that I was a Zbrojovak and that I have always been,” Šustr said after his first full practice in charge. “It is an honor for me to train the A team for Zbrojovka.”

Perhaps the move had been in the offing for a while, but when Zbrojovka lost in Prostějov on Saturday the team fell to 2-1-3 and into ninth place in the Fortuna: Narodni Liga.

The winning goal was allowed in the fourth minute of extra time. It was a direct kick that started far to the left of the goal, and curled perfectly into the corner of the goal. It was impossible for Dušan Melichárek to stop.

Earlier in the game, the teams had traded penalty-kick goals. Lukáš Magera scored the Brno penalty kick to continue his goal-scoring streak through the sixth game of the season. He leads the league in scoring.

“We are not changing goals,” Požár said. “We still want to win first. At the same time, we have young players on the team with whom we want to continue working and send the signal to other talents that we are serious about it and that we will have space for them.”

Šustr is the fourth head coach for the team in 13 months. After Svatopluk Habanec was fired and then Richard Dostálek was let go, Pivarník arrived to beat 1. FC Slovácko in October 2017. For the final six games before the winter break, he seemed to give the team a solid foundation. Then the wheels came off again in the second half and, even through six games of this second-league season, Pivarník has not been able to inspire consistency.

Šustr started his playing career in Horní Heršpice. He then moved into the Zbrojovka system where he played 118 games and scored nine goals. He began training youth before he finished his professional playing career. He took over the Zbrojovka U17 team in January 2016 and led them to third place last season.

“My idea is to play offensive football,” Šustr said, “and I’m convinced that it is in the strength of this group.”

The second round will be Wednesday, Sept. 5 in Rosice. The game starts at 5 p.m.

Draci Brno beat the Ostrava Arrows twice in three games to reinforce its place as the top team in the Czech baseball extraliga.

The Draci (15-3) have two more games in the regular season, but they are expected to advance directly to the Czech Series, which is a best-of-five series that begins Sept. 28.

The opponents are to be determined during the Wild Card series. Arrows Ostrava (13-5) is guaranteed a spot against either Eagles Praha (9-9) or Kotlarka Praha (8-10). The best-of-three Wild Card series begins on Sept 7. (The three-week gap before the Czech Series is due to international play.)

The two local teams — Draci and Hroši — play on Thursday at MBS at 7 p.m.

In the Playout Bracket, Technika Brno (8-4) lost both games of a doubleheader with Olympia Blansko and dropped to third place, equal with Skokani Olomouc. Technika and the Skokani will play a doubleheader on Saturday in Olomouc.

The victory came after losing to AC Sparta Praha in the first week of the season.

“We are all happy,” Tereza Krištofová, the captain of Lokomotiva, was quoted by fotbal.cz. “We needed the win after the first round to get (the loss) out of us. Every point is important to us, and we appreciate it very much.”

There is a pause this weekend, but Lokomotiva will play their home opener on Sept. 8 when they host FC Slovan Liberec. Their remaining home games are mostly later in the fall: on Sept. 22 they host SK Slavia Praha, then finish with three in a row against 1. FC Slovácko on Oct. 13, AC Sparta Praha on Oct. 20 and FK Dukla Praha on Oct. 27.