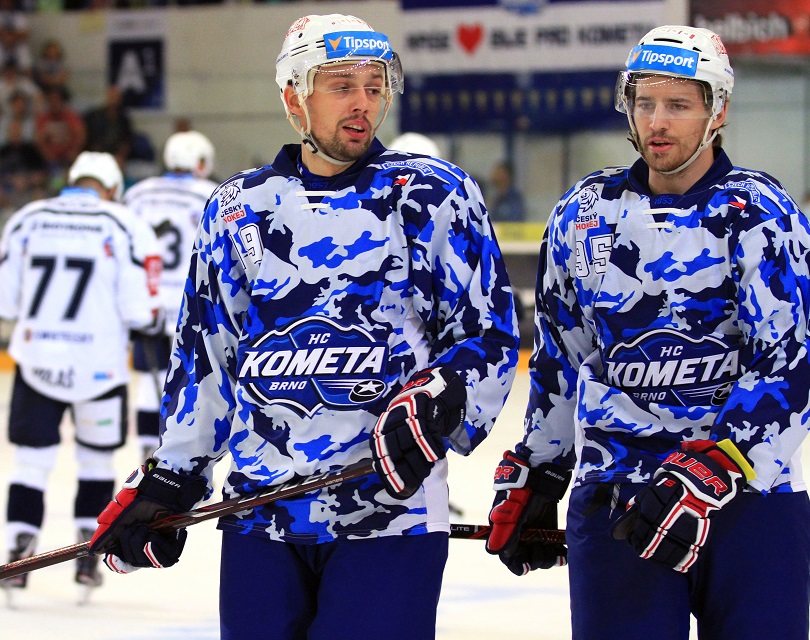 Hockey is Back. And, because the game is being played by two-time defending-champion HC Kometa Brno, the winning has resumed in dramatic fashion.

Kometa opened the season with a 2-4 victory at Chomutov on Saturday, then returned to DRFG Arena and the Brno fans with a dramatic 3-2 victory over Plzeň on Sunday when Lukáš Nahodil scored the winning goal 73 seconds before the end of regulation.

“The main thing is that we are playing as a team and collecting points,” said Nahodil on the team website. “I’m really happy that the goals came to me, but I’d be just as happy if the goals went to the other guys and we win.”

The beginning of the league season has Kometa at home for the next three Sundays against Mlada Boleslav this Sunday; against Oceláři Třinec on Sept. 30 in a rematch of the most recent title series (on ČT Sport); and against Karlovy Vary on Oct. 7.

In both of the past two title seasons, Kometa has started the season strongly, only to lose intensity during the deep winter and regain momentum for a dominant postseason.

This year, Leoš Čermák, the 40-year-old veteran captain, started the scoring at Chomutov in the sixth minute of the season with an assist from Martin Dočekal. Nahodil scored his first goal a minute later.

In the home opener, Kometa wore jerseys to bring attention to the Czech military and veterans.

In one of the most entertaining games in a long time, FC Zbrojovka Brno moved the ball around, found the open player and scored four goals in the first half as they went on to beat Táborsko, 4-1, on Sunday afternoon.

The game was the home debut for head coach Pavel Šustr. He had his team fine-tuned for offense and building some much needed confidence. In all, Zbrojovka scored all four of its goals in 20 minutes of the first half.

Zbrojovka travels to Pardubice for a 10:15 a.m. game on Saturday. The next home league game is against Varnsdorf on Sept. 30.

Robert Bartolomeu was the player of the Táborsko game. He started the scoring in the 27th minute when he sent a perfect centering pass for Antonín Růsek, fresh from the U20 national team, to head into the goal.

Seven minutes later — after Táborsko scored off of a poorly defended direct kick that was redirected into the goal for a short-lived tie — Bartolomeu was fouled in the penalty box. Lukáš Magera, the leading scorer in the league, converted the penalty.

Three minutes after that, in the 37th minute of the game, Růsek led Bartolomeu with a beautiful pass into a break-away that, once Bartolomeu neatly sidestepped the aggressive goalkeeper, put Brno up, 3-1.

Magera scored just before the halftime whistle for his eighth goal of the season, two more than the second-place scorer. Magera has scored in seven of Zbrojovka’s eight games.

Zbrojovka (3-2-3) hardly moved up the Fortuna: Narodni Liga standings and its 11 points have the team in eighth place. However, the team’s 17 goals scored are tops in the league.

Zbrojovka will host FC Liberec in the third round of the MOL Cup on Wednesday, Sept. 26. The game starts at 5 p.m.

Liberec, a team that is familiar from when Zbrojovka played in the top league, is currently in the middle of the Fortunua Liga standings with a record of 2-4-2 with 10 points.

Zbrojovka has moved through the first two rounds of the MOL Cup with road shutouts where they scored two goals.

Though they had a goal advantage at halftime, Lokomotiva Brno-Herni Herspice was unable to hold on and lost to host FC Viktoria Plzeň, 5-3, on Sunday.

Lokomotiva, which is 1-1-2 with four points, returns home on Saturday to play SK Slavia Praha. The game starts at 11 a.m. Slavia is the top team in the league, having won all three of its games and outscoring its opponents 32-0.

In Plzeň, Anna Pušková scored in the 25th minute and Viktória Kovaliková scored in the 36th minute. When Plzeň equalized early in the second half, Jade Abarca quickly sored to regain the lead. Three unanswered goals, however, overwhelmed Brno.

The Brno Draci will face Arrows Ostrava in the Czech Series of the baseball extraliga, but, since most of the top players are away for an international tournament, the best-of-five final series will not begin until Friday, Sept. 28 at 7 p.m. in Brno. 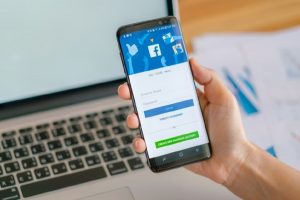 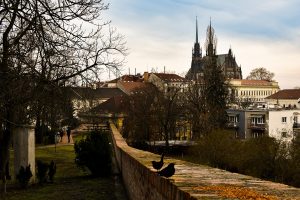 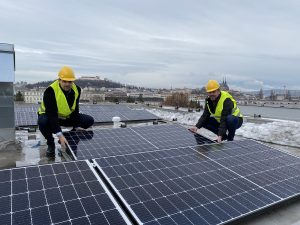 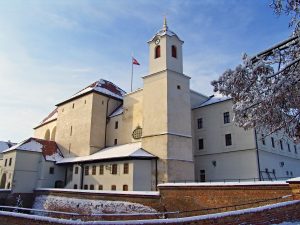 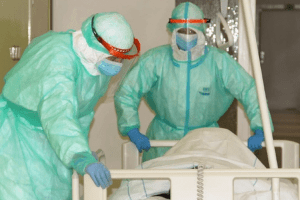