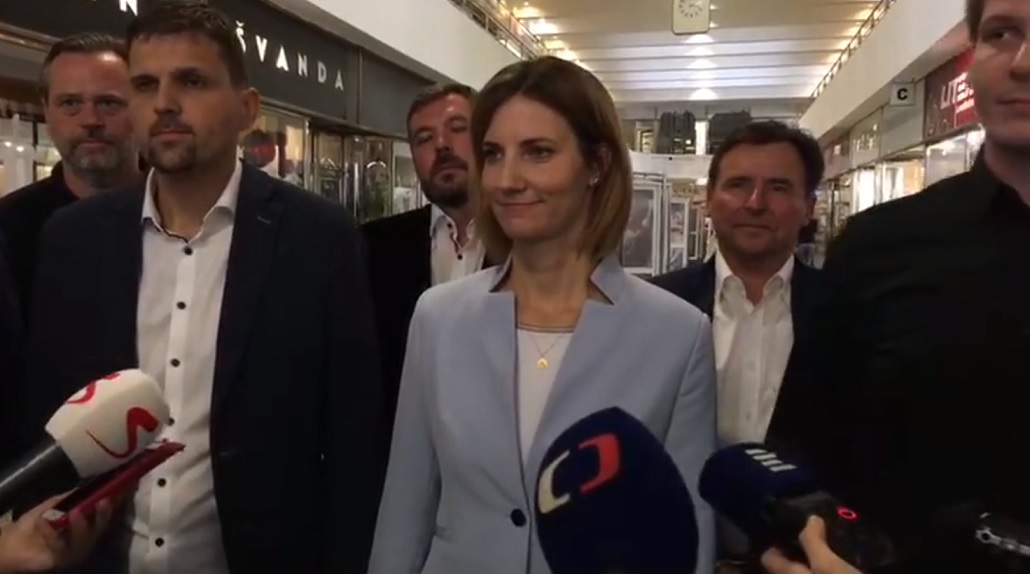 Following municipal elections last weekend that left no party with a majority, a new ruling coalition has been formed in Brno, excluding the largest party, ANO, which has led the city’s government for the last four years. As a result, the city will have a new mayor: Markéta Vaňková of the Civic Democratic Party. Photo: Briefing of ODS in Brno yesterday. // Credit: Události Brno, ČT, live on Facebook.

Brno, Oct 10 (BD) – The municipal elections in Brno this weekend saw six parties elected to the city’s government (“zastupitelstvo”). When the seats were shared between them, no party had enough to govern alone, as usual in the Czech Republic. The largest party is Prime Minister Andrej Babiš’s ANO Movement, which took 18 of the 55 seats, leaving them short of the 28 required to form a council administration alone, but in an apparently strong position for the coalition negotiations.

The other five parties represented in the new council are the Civic Democratic Party (ODS; 14 seats), the Christian Democrats (KDU-ČSL; 8 seats), the Pirate Party (6 seats), the Social Democrats (ČSSD; 5 seats), and Tomio Okamura’s SPD (4 seats). Three of the five parties involved in the previous coalition administration (the Green Party, TOP 09, and Zít Brno) failed to get over the 5% threshold for representation, meaning a new coalition had to be formed.

ANO’s strong position made it seem almost certain that they would be leading any new government, and ANO duly began negotiating with the other parties, with ODS as their most obvious partner. Together, ANO and ODS would have had 32 seats, a functional working majority. At the national level, ODS has refused to enter into a coalition with ANO while Babiš is under criminal investigation, and ODS defined themselves as strongly opposed to ANO during their campaign in Brno, but after the elections Markéta Vaňková, ODS leader in Brno, appeared to take a conciliatory line, quoted by iDnes.cz on Monday (“V Brně vyhrálo ANO, do popředí se vrací ODS. Propadli Žít Brno i Zelení”, 6 October) saying that “we have been discussing several issues and we have agreed to meet and talk about combining our programs.” She added that “to me, it’s important to respect the winners of the election, and we are not the ones who are going to talk to other parties behind their backs.”

ANO’s leader Petr Vokřál, the mayor in the previous administration, then publicly proposed, in an interview with iDnes.cz (“Čím víc stran sedí v opozici, tím víc brzdí město, tvrdí primátor Brna“, 8 October), a broader coalition of up to four parties, potentially also including KDU-ČSL and ČSSD. Vokřál said that even if they could form a majority coalition with ODS, they would want to include more parties in the coalition as “the more parties are in opposition, the slower the [decision-making] process.” Vaňková from ODS expressed agreement with this “large coalition idea”. Going into Tuesday, it was said that the four parties were drawing closer to an agreement, and the announcement was expected at 16:00 on Tuesday.

It was, therefore, a surprise to all when Vaňková announced on Tuesday afternoon that an agreement had been reached between ODS, KDU-ČSL, ČSSD and the Pirates to form a governing coalition themselves, excluding ANO, the largest party. In a press conference, Vaňková explained that she had changed her decision due to the reaction of ODS voters on social media, who were criticising the proposed coalition, angry that the party appeared to be betraying its position during the campaign as an “alternative to ANO”. Tomáš Kolačný, leader of the Brno Pirate Party, was quoted in Nový Denik (“Kdo v Brně odstavil Vokřála? Vaňková postavila ODS na nohy, začínala u exministra Blažka”, 9 October) saying that ANO had approached them with an offer of joining the governing coalition, but with no posts on the council, and that the deal with ODS was therefore preferable. In the same article, current Deputy Mayor Petr Hladík of KDU-ČSL, who will remain as Deputy Mayor, said that the coalition with ODS would give them a better chance of implementing their program.

The result of all this political maneuvering is that ANO will go into opposition, with Petr Vokřál handing the mayor’s office over to Markéta Vaňková of ODS, a 39-year old lawyer who will be Brno’s second female mayor. She will lead a four-party coalition of her party, KDU-ČSL, ČSSD and the Pirates, which will together control 32 of 55 seats in the council chamber.

Petr Vokřál expressed his shock and anger at the developments, quoted by Nový Denik as saying that ANO had entered into the negotiations in good faith and trying to avoid any controversy, adding: “In politics you can never really be sure about anything, but with this I cannot personally make my peace”. Andrej Babiš also reacted angrily, describing ODS’s actions in an interview with Události Brno as “betrayal and unbelievably dirty tricks”. However, despite their dominant position in the national parliament, the events of Tuesday in Brno, coupled with ANO’s collapse in Prague’s regional elections, mean that Babiš’s party is now frozen out of power in both of the two largest cities in the country.

https://www.brnodaily.com/2018/10/10/breaking-news/brno-to-get-a-new-mayor-as-ods-form-surprise-new-coalition-sidelining-ano/https://www.brnodaily.com/wp-content/uploads/2018/10/vankova-ods-coalition-brno-1024x571.jpghttps://www.brnodaily.com/wp-content/uploads/2018/10/vankova-ods-coalition-brno-150x84.jpg2018-10-10T07:28:30+02:00Jack StephensNews - ArchivedPoliticsBreaking News,Brno,PoliticsFollowing municipal elections last weekend that left no party with a majority, a new ruling coalition has been formed in Brno, excluding the largest party, ANO, which has led the city’s government for the last four years. As a result, the city will have a new mayor: Markéta Vaňková...Jack Stephens jack.stephens50@gmail.comAuthorA writer and English teacher originally from London who has lived in Brno since 2011, interested in politics, low culture, and all things strange and/or Czech.Brno Daily 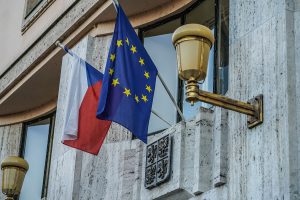 A writer and English teacher originally from London who has lived in Brno since 2011, interested in politics, low culture, and all things strange and/or Czech.
View all posts by Jack Stephens →
« The Titanic is to Emerge in Brno
Brno Sports Weekly Report — Women’s Hoops Highlights Weekend of Brno Sports »