Brno’s “Head of Medusa” Confirmed as a Rubens Original. From December, the Medusa is on Display Alongside Its Viennese Counterpart in Austria 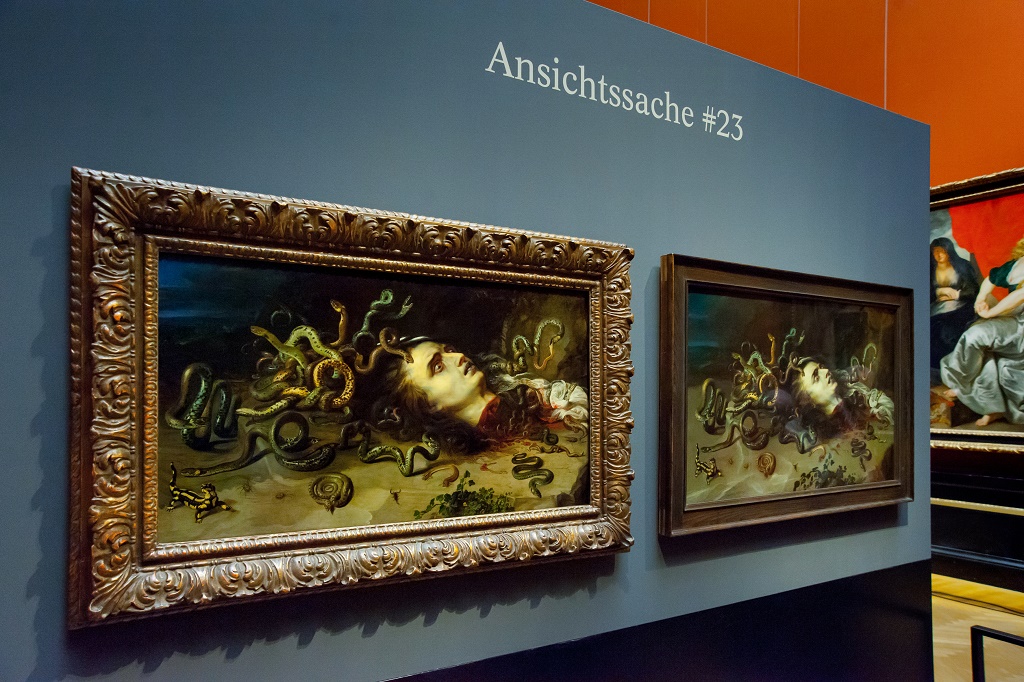 “The Head of Medusa” in Brno’s Moravian Gallery has been confirmed as an authentic original painting by Peter Paul Rubens. The painting can now be viewed alongside its Viennese counterpart at the Museum of Art History in Vienna. Photo: Archive of the Moravian Gallery in Brno (MG).

Brno, Dec 5 (BD) – There has long been speculation over whether the painting of the decapitated head of Medusa in the collection of the Moravian Gallery in Brno is a quality copy of the Viennese canvas of Peter Paul Rubens or an original masterpiece. Recent research has revealed that it is an original.

“Based on the latest detailed research, we can confirm with certainty that both paintings are originals from Rubens’ workshop, but the Brno variant was evidently created first. Now, there is a unique opportunity to see the paintings together at the exhibition ‘Terrible Beauty: Rubens’ Head of Medusa In Vienna Encounters the Version in Brno’, which presents both works together until the end of March at the Museum of Art History in Vienna,” said Michaela Paučo, spokeswoman for the Moravian Gallery.

‘The Head of Medusa’ (1617-18), by the famous Flemish painter Peter Paul Rubens, in which “Medusa’s horrible face is wide-eyed and of a deathly pallor and the intertwined snakes bite one another, while drops of Medusa’s blood are transformed into still other tiny vipers” (PeterPaulRubens.net) has been for 200 years considered one of the most precious artistic works preserved in the Czech lands. In 1818, Joseph I. Earl von Nimptsch dedicated it to the Franciscan Museum, whose collections became the foundation of the Moravian Gallery’s antique art collection. However, from the beginning the work was considered to be just a high-quality copy of the famous Rubens canvas in the Habsburgs’ collections, today held at the Kunsthistorisches Museum (KHM) in Vienna.

According to KHM, the Medusa painting now in the Kunsthistorisches Museum in Vienna was formerly owned by the Duke of Buckingham.

Thanks to collaboration with the Kunsthistorisches Museum in Vienna, both of Rubens’ paintings were examined using the MA-XRF method (macro X-ray fluorescence analysis). Cutting-edge research eventually revealed that in the case of the Brno painting, we can talk about the original and the first version painted on wood. The painting has a more complex construction of painting colours; the Viennese variant, with minor changes, reproduces the final composition on canvas.

“However, the presented findings cannot be simplistically summarised by saying that the Head of Medusa from Brno is an original and the Viennese one a copy. The artistic world of the 17th century did not understand originality as we do today. Both paintings were created in Rubens’ workshop, probably with the contribution of the master, and they are of exceptionally high quality and well preserved,” said Petr Tomášek, curator of the collection of antique art of the Moravian Gallery.

After the end of Viennese exhibition, The Medusa of Brno will cross the ocean to become part of an exhibition of Rubens’ early work, first in San Francisco, California, and then in Toronto, Canada. The Governor’s Palace of the Moravian Gallery in Brno will have to wait until 2020 for the return of one of its most distinctive baroque artworks.

https://www.brnodaily.com/2018/12/05/breaking-news/brnos-head-of-medusa-confirmed-as-a-rubens-original-from-december-the-medusa-is-on-display-alongside-its-viennese-counterpart-in-austria/https://www.brnodaily.com/wp-content/uploads/2018/12/Meduza_foto-1024x682.jpghttps://www.brnodaily.com/wp-content/uploads/2018/12/Meduza_foto-150x100.jpg2018-12-05T11:33:26+01:00BD StaffNews - ArchivedBreaking News,Brno,Culture,Czech Republic,Famous People,History,News“The Head of Medusa” in Brno’s Moravian Gallery has been confirmed as an authentic original painting by Peter Paul Rubens. The painting can now be viewed alongside its Viennese counterpart at the Museum of Art History in Vienna. Photo: Archive of the Moravian Gallery in Brno (MG).Brno, Dec 5...BD StaffBD Staff team@brnodaily.czAdministratorBrno Daily - English News and Events in Brno.Brno Daily