January at the National Theater of Brno

January’s program at the Mahen Theatre will be rich in drama. Four productions with English subtitles will take you to the cold Irish countryside, transport you back in time to the boulevards of Paris, give you the chance to become a part of the English royal family, and let you experience a doomed love in a Czech village. At the turn of January and February, the Ballet of the National Theater of Brno (NdB) will say goodbye to the popular production “Made in the USA” and welcome many interesting guests from the Czech and international scenes. Opera fans can look forward to some of the most famous and unforgettable Italian classic melodies. Title photo: “By the Bog of Cats” [“U Kočičí bažiny”] by NdB.

“By the Bog of Cats”, the best-known work of the Irish playwright Marina Carr, will be staged at the Mahen Theater on January 7. “By the Bog of Cats” is a modern re-telling of Medea, a tragic play about a woman who suffered abandonment and rejection. The first Monday in January is the penultimate chance to see this play in the National Theater of Brno; the last performance is on March 1.

An adaptation of Tom Hooper’s twee multiple award-winning crowd-pleaser “The King’s Speech” will follow that, with a performance on January 12. It tells the story of King George VI, who suffers from a chronic stammer, and his relationship with his loquacious speech therapist Lionel Logue, who attempts to cure the monarch’s impediment before a critical speech to the nation on the eve of World War II. The story is based on real events that made history in Great Britain.

“Kerosene Lamps” [“Petrolejové lampy”], a Czech psychological drama by Jaroslav Havlíček, to be performed on Tuesday, January 15, will reveal the terrible secret of a newly married man.

On January 22, the theatre will present a complicated love story from the theatre world of Paris in the 19th century: “Milenci nebes”, known internationally as “The Children of Paradise”. The audience will be accompanied on their journey back in time by characters inspired by real historical figures, with a stage backdrop of spectacular mirrors reflecting the story of love and desperation from the world of theatre.

Ballet fans can say goodbye to “Made in the USA” at Janacek Theater on January 23, January 24, and February 13, 2019. The turn of January and February 2019 will bring a fascinating dance show with special guests from the Czech and international dance scenes.

In January and February 2019, Ballet NdB will perform a final block of “Made in the USA”. As the name suggests, this production is dedicated to choreographers living and working in the United States of America. The dramaturgy of the evening is very varied and promises a great spectacle of extraordinary choreographic quality.

In January and February, you will have one last chance to see the famous “Serenade”, by the father of neo-classical ballet, George , “The Sofa” by Olivier Wever and “Lunar Sea – Noir Blanc” by the internationally-renowned Momix ensemble, dance-motion illusionists under the direction of Moses Pendleton. The evening will take you on a journey from top neo-classical ballet to visual-motion theatre.

The turn of January and February 2019 will see a new dance show; Ballet NdB has invited special guests from the Czech and international scenes.

The first guests will be the lively Slovak folklore ensemble Lúčnica, who will give a performance dedicated to the memory of Professor Štefan Nosál on January 26, 2019, at Janacek Theater.

The Hungarian National Ballet Budapest, which had great success at the DANCE BRNO 100 International dance festival, will present a composite program of choreographies by international names called “Limitless” on January 29 at Janacek Theater.

The Ballet of the J. K. Tyl Theatre in Pilsen will return to Brno after two years with a dance performance entitled “Manon” set to the music of Alexander Glazunov on February 3, 2019 at Mahen Theater. This international classic premiered last season with the neo-classical choreography of Filip Veverka.

This series will be brought to a close on February 9, at the Mahen Theater with the “Charity Awards Gala”, a novelty gala concert. The Brno audience will have the chance to see the winners of the “European Ballet Grand Prix”, an international competition of young ballet talents that took place in Vienna, as well as European ballet stars and the soloists of the Ballet NdB.

The new year of opera will commence with an international classic and one of the most performed Italian operas, Giuseppe Verdi’s “La Traviata”. Full of famous and beautiful melodies, La Traviata is based on “La Dame aux Camélias” (1852), a play adapted from the novel by Alexandre Dumas fils. The opera will be performed on January 3 and 8 in Mahen Theater, in the original Italian with Czech subtitles.

Also in the original Italian with Czech subtitles is another Verdi masterpiece, “Aida”, to be performed on January 11 and 19 in Janacek Theater. In Brno, Aida has been on the repertoire continuously for more than ten years, under the narrative production of director Václav Věžník.

Do you need to find love or forget about it? This can be arranged with Dr. Dulcamary’s elixir! Gaetano Donizetti’s “L’elisir d’amore” [“The Elixir of Love”] will be performed in the original Italian with Czech and English subtitles on January 9 in Mahen Theater.

No opera is as strongly associated with Brno and its surroundings as Janáček’s opera “The Cunning Little Vixen”. Human and animal lives become interwoven on the stage at Janacek Theater on January 17, 27 and 28. The opera will be accompanied by English subtitles.

Facebook Comments
https://www.brnodaily.com/2019/01/02/brno-urban-guide/january-at-the-national-theater-of-brno/https://www.brnodaily.com/wp-content/uploads/2018/12/u-kočičí-bažiny.jpghttps://www.brnodaily.com/wp-content/uploads/2018/12/u-kočičí-bažiny-150x100.jpg2019-01-21T14:06:24+01:00BD StaffArt & CultureBrno Urban GuideBrno,Culture,Expats Czechia,Theatre,Things To Do in BrnoJanuary's program at the Mahen Theatre will be rich in drama. Four productions with English subtitles will take you to the cold Irish countryside, transport you back in time to the boulevards of Paris, give you the chance to become a part of the English royal family, and let...BD StaffBD Staff team@brnodaily.czAdministratorBrno Daily - English News and Events in Brno.Brno Daily

Brno, Culture, Expats Czechia, Theatre, Things To Do in Brno

“Stories of Our Neighbours” – Brno Schools Come Together To Record History 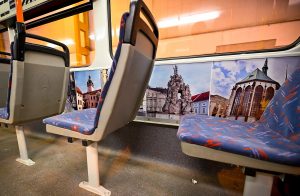