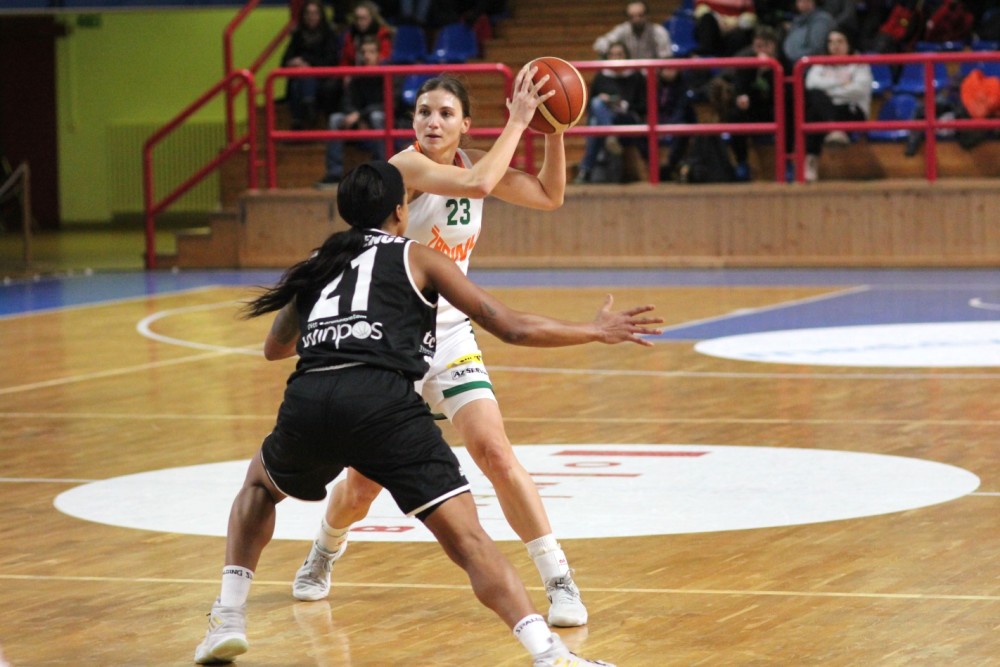 For the first time this season, Žabiny Brno and KP Brno will finally meet. The game is in Žabovřesky and starts at 6 p.m. and the arena will, no doubt, be energized by the cross-town rivalry that always seems to produce dramatic games.

If you can’t make it to the arena, click here to watch the game online.

Both teams have recently brought in players to deal with injury problems and reinforce their teams for the remainder of the season. Žabiny Brno added Kateřina Zohnová, a member of the Czech national team at the 2012 London Olympics. KP Brno added Reem Moussa, a 24-year-old Egyptian American, and Czech international Lenka Bartáková, who also played on the Olympic Team.

Žabiny Brno coming off of a big win in the European Women’s Basketball League. They beat A3 Basket Umeå, 97-63, on Saturday in front of their excited home-court crowd. Zohnová led the way with 23 points. Four others had double digits scoring nights. Marques Webb had a double-double with 16 points and 17 rebounds.

The next game will be in Sweden next Wednesday with a berth for the EWBL Final Final Four on the line. The team with the best combined score advances, so Žabiny Brno have a significant advantage.

KP Brno is also winning games. They most recently visited SBŠ Ostrava on Sunday and won 57-86. Edita Šujanová led the way with 17. Michaela Stará added 13 and Jasmine Gill had 10. Bartáková had 12 and another new player Sabína Oroszová contributed 11.

After two uncharacteristically low-scoring games, Davell Roby led egoé Basket Brno past Kingspan Královští sokoli, 89-77, on Saturday and into the top group of the Koopertiva NBL for the remainder of the season.

Brno (8-14) is in Group A1 for the first time since they entered the league six years ago.

Their first Group A1 game is tonight when BK JIP Pardubice comes to town. Tip off is at 8 p.m.

Group A1 guarantees that Brno will stay in the Kooperativa NBL next season and it will provide a competitive schedule, with home and away games against the seven teams above them in the standings. Only three of Brno’s eight wins were against these top teams during the first part of season.

“Nothing is finished,” said Brno head coach Christianos Chougkaz. “We just have the chance for the first time to play (in Group A1) against the best teams in the league. I know that this is the best position for our club. We will continue to fight.”

Nothing is ever easy in the top men’s league of the country, however, and Brno had to overcome nerves to win for their home-court fans on Saturday against Královští sokoli. At halftime, Brno was down 32-42, to the team that had beat them in Hradec Kralove on Nov. 21.

“We started the game with more pressure on us,” Chougkaz said, “then we had a very good second half. We played good defense (and we were able to) take the energy from our defense and get confidence for our offense.”

Brno outscored Královští sokoli, 27-13, in the third quarter but the visiting team remained within striking distance.

The turning point was with 8 minutes left in the fourth quarter when it was a one-point game. Suddenly, as Roby jumped for the hoop, Deremy Gieger passed the ball in from the baseline for a quick-tip basket. Then, on four consecutive trips down the court, Brno scored: a 3-pointer by Geiger; a 3-pointer by Roby; a pull-up jumper by Roby in the key; and another pull-up jumper by Roby from just to the right of the key. Královští sokoli was forced to call a time out and Brno was able to maintain their advantage through to the end of the game.

Roby, who had had back-to-back five-point games, scored 24 points against Královští sokoli (3-19). Deremy Geiger had 19 and Reggie Keely added 15.

Making it to Group A1 was a major accomplishment for a team that has regularly struggled. Chougkaz made sure to compliment Dejan Jakara, the coach that he replaced mid-way through the season, and added: “I want to say a big bravo to all of the people who work for this team and of course to my team: They are really great guys and good players and they have a good future.”

The top six teams from Group A1 advance directly into the Play-offs. The seventh- and eighth-place teams play the top two teams from the lower, four-team Group A2 in an extra step to earn their way into the main Play-off bracket.

HC Kometa lost at Plzeň, 5-2, on Friday but entered the current international break with a good shot at returning to the postseason to defend their back-to-back titles.

The Kometa regular season resumes with at Mlada Boleslav on Feb. 13. The game will be on ČT Sport at 5:20 p.m.

Kometa is sixth in the Tipsport extraliga. In 42 games, they have a slightly better than .500 winning percentage, with 18 outright wings and five extra-time wins balanced against four extra-time losses and 15 outright losses. They have scored 124 goals against 115 that they have allowed.

Brno’s 68 points are 14 behind league-leaders Liberec (82 points). Třinec (78 points), Hradec Králové (75), Plzeň (74) and Vítkovice (72) are also ahead in the standings, although the number of games played are uneven.

Karel Vejmelka, a 22-year-old, has handled most of the goalkeeping duties, with 29 starts.

Last week, the team announced that Marek Čiliak, who had started this season in the KHL, is back with the Kometa. Čiliak started as a youth in the Kometa system in 2005 and he was the team’s main goalkeeper from the 2013 season through the back-to-back championship seasons. 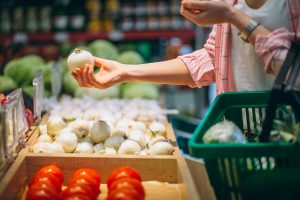 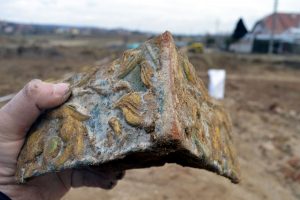 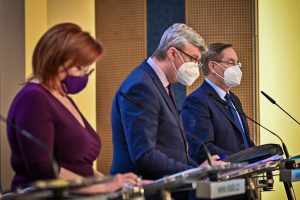 Government Confirms Ban On Gatherings Of More Than Two People

A connoisseur of the unpredictable and unscripted drama of sports.
View all posts by Bruno Zalubil →
« Masaryk University’s “Fakescape” Win, and Continuing to Fight Fake News
Rich Selection in Brno National Theater in February: Australian Comedy “Night of Fools”, Verdi’s Opera “Don Carlos”, and the Mesmerizing Ballet of “Swan Lake” »