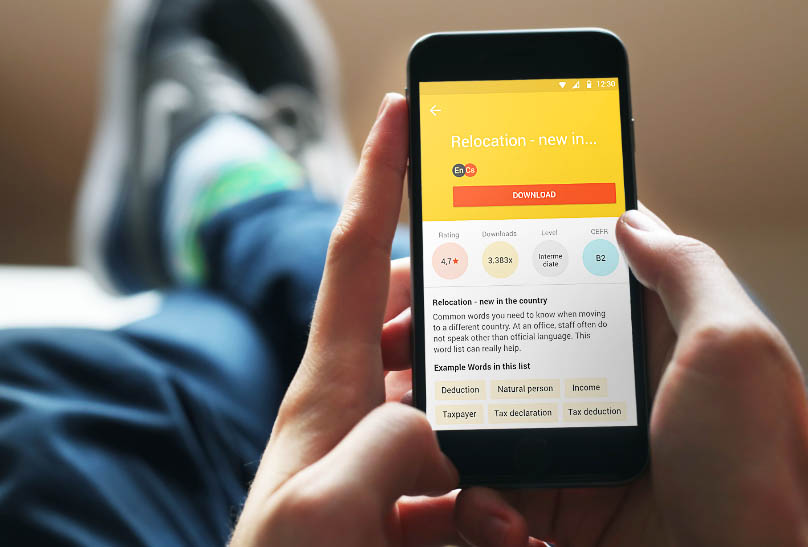 In public offices, the paperwork and staff may use the Czech language only. It is often difficult for newcomers to understand conversations happening between them and different offices or institutions; such as the Foreign Police, Immigration Office, Post Office, Labour Office – or simply at a doctor’s appointment. The flashcard maker app called “Vocabulary Miner”, developed by the Czech company SKOUMAL Studio, tries to help out not only students – but also expats and travelers, with available word lists labeled “#saymore”.

When reading Czech expats’ Facebook group discussions, one stumbles across many hardships people experience when speaking almost no Czech – staring, raising eyebrows, being ignored, or rudeness.

Knowing Some Czech Words Can Be Fun!

Even having command of a few simple words can surely make relocation easier and funnier. You are able to be more of yourself, simply by being able to say more. As one Czech expat wrote on a forum: “I feel proud when I sarcastically shout ‘Paráda’ at people pissing in the street!”

Another expat tried to speak in broken Czech, but all he got back was rude behavior. He then said in his reportedly “terrible Czech”: Ve světě, jsou hodně lidi, kteří neumí česky, ale jsou lidi taky. It means: “There are many people around the world who do not speak Czech, but they are still people. He left with his head held high, leaving rude people speechlessly looking at him.”

Such experiences inspired Vocabulary Miner to create word lists with topics like “Relocation”, “Filling the Forms Right”, “At the Doctor’s”, “Food and Drink”, “Travel Through the City”, etc – in 12 languages. They can make public offices and instructions much easier to handle. This special vocabulary can be found with typing “#saymore” in the search within the app. The useful information is also available on Vocabulary Miner’s Facebook website.

Zuzana Pápayová, the project coordinator of Vocabulary Miner, explains the rationale behind the idea to create thematic word lists which are tailored to the needs of expats and travelers: “Anyone who has ever been to a foreign country knows how confusing it can feel in the streets without knowing a word in the native language – not mentioning public offices. Learning just basic vocabulary already helps overcome the fear of speaking and prevents misunderstandings. You’ll easily fill in forms, explain the pain at the doctor’s, and you’ll be free from shopping with Google Translate.”

For now, topical word lists tailored to the needs of expats and travelers are available in 12 languages – Czech, English, German, Croatian, Ukrainian, Russian, Serbian, Turkish, Slovak, Spanish, French – and 2 word lists are even in Vietnamese. Users can effectively learn Czech and other languages through flashcards.

Building Your Personal Vocabulary Anywhere You Are

Experienced expats surely have some certain words that helped them out when starting in the new city. Thanks to the flashcards maker app by the Czech SKOUMAL Studio, they can create a list of useful vocabulary and publish them for others to contribute. Custom flashcards can also be created in a quicker manner through the complementary web app.

This vocabulary trainer is suitable also for those without mobile data, and/or those with rusty English: it also works offline. Language settings are available in 7 languages – English, German, French, Spanish, Polish, Czech, and Slovak – according to your phone settings. Thanks to the algorithm which is based on spaced repetition and offline learning, the user can practice vocabulary anywhere and really remember it when needed.

The open database by Vocabulary Miner consists of more than 9000 word lists, with more than 300,000 flashcards in 15 different languages – logically organized according to level, topic, and language. They are made by translators and members of the Vocabulary Miner community.

The app is available for free on the AppStore and Google Play. All 9000 Word lists and 12 languages including the “#saymore” word lists will help you, for only 24 Kč per month – less than one beer. Ready to say more?

https://www.brnodaily.com/2019/04/02/sponsored/expats-can-overcome-language-barriers-at-czech-public-offices-thanks-to-an-app/https://www.brnodaily.com/wp-content/uploads/2019/04/Vocabulary-Miner.jpghttps://www.brnodaily.com/wp-content/uploads/2019/04/Vocabulary-Miner-150x102.jpg2019-04-02T15:34:40+02:00Zuzana PápayováCommercial ContentBrno,Czech Republic,Education,Expats Czechia,Foreigners,Students,TechnologyIn public offices, the paperwork and staff may use the Czech language only. It is often difficult for newcomers to understand conversations happening between them and different offices or institutions; such as the Foreign Police, Immigration Office, Post Office, Labour Office - or simply at a doctor’s appointment. The...Zuzana PápayováZuzana Pápayovázuzanazetqapapayova@gmail.comEditorSlovak expat in Brno; a philosopher by night and rebel by fate who is too eager to understand it all, yet too understanding to loot the mysterious magic of the world.Brno Daily

Slovak expat in Brno; a philosopher by night and rebel by fate who is too eager to understand it all, yet too understanding to loot the mysterious magic of the world.
View all posts by Zuzana Pápayová →
« In Photos: Exhibition “Milan Kundera (Not Lost) in Translation”
International Team of Scientists Working In Brno Announces Cancer Breakthrough »