The Future Gate Science Festival Has Opened Its Doors to Over 30,000 Attendees in The Last Six Years 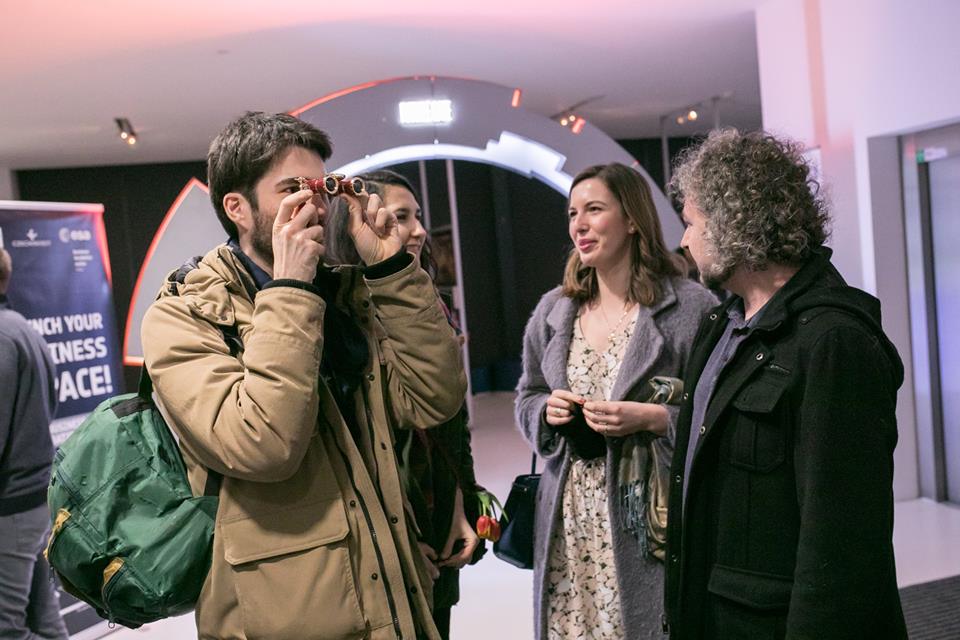 The Future Gate festival returned this spring with the theme “Svět není hračka” [“The World is not a Toy”], focusing on the theme of our environment and its possible futures. Photo credit: Courtesy of Future Gate Festival.

Brno, Jun 11 (BD) – Everything that will ever happen to any human being, from your decision about what to have for lunch next Sunday to the first steps on Mars, makes up the future of humankind. The movies, workshops, expert talks, and other parts of the Future Gate film festival, cover this whole topic, with a strong focus on ecology for the latest sixth edition.

The Future Gate Science Fiction Film Festival was held in five cinemas across four Czech cities, naturally including Brno. The total number of spectators who came to the festival in 2019 was 4,820. In Prague and Brno, the festival was longer than in previous years and featured more films and more foreign guests.

“I loved the idea of the Red Dwarf marathon, I would definitely like to see something like that next time,” said one festival-goer. The main guest at the festival in Prague was Norman Lovett, best known for playing Holly in the British series Red Dwarf, which is highly popular across the Czech Republic. Lovett introduced the screening of this legendary British sitcom and answered questions from the audience. Afterwards, Lovett autographed photos of Holly’s head, which also served as a prop for the most viral photograph in the history of the festival (below).

Brno’s part of the festival didn’t see any foreign celebrities, but we hope this will change in the future. However, some of the festival screenings in Brno took place in the authentic space-themed surroundings of the Brno Planetarium. Several events during the festival were English-friendly. As festival spokesman Filip Schauer told Brno Daily in spring: “We are trying to get this event to as many fans as possible in Brno. Films will be screened in the originals with English subtitles, unless otherwise stated.”

The next edition of Future Gate in Brno is scheduled for February 5-9 at Brno’s Kino Art, Planetarium and Observatory, and other venues.

https://www.brnodaily.com/2019/06/11/culture/the-future-gate-science-festival-has-opened-its-doors-to-over-30000-attendees-in-the-last-six-years/https://www.brnodaily.com/wp-content/uploads/2019/06/Future-Gate-Brno.jpghttps://www.brnodaily.com/wp-content/uploads/2019/06/Future-Gate-Brno-150x100.jpg2019-06-11T10:52:43+02:00BD StaffArt & CultureBrno,Czech Republic,Environment,Festival,Science,South MoraviaThe Future Gate festival returned this spring with the theme “Svět není hračka” , focusing on the theme of our environment and its possible futures. Photo credit: Courtesy of Future Gate Festival. Brno, Jun 11 (BD) – Everything that will ever happen to any human being, from your decision about...BD StaffBD Staff team@brnodaily.czAdministratorBrno Daily - English News and Events in Brno.Brno Daily