Home » Czech Republic / World » Eating Out / Nightlife » You are reading »

Beer Lovers Have A New Reason To Be Happy, As Brno And Plzeň Brewers Present A New Special Beer 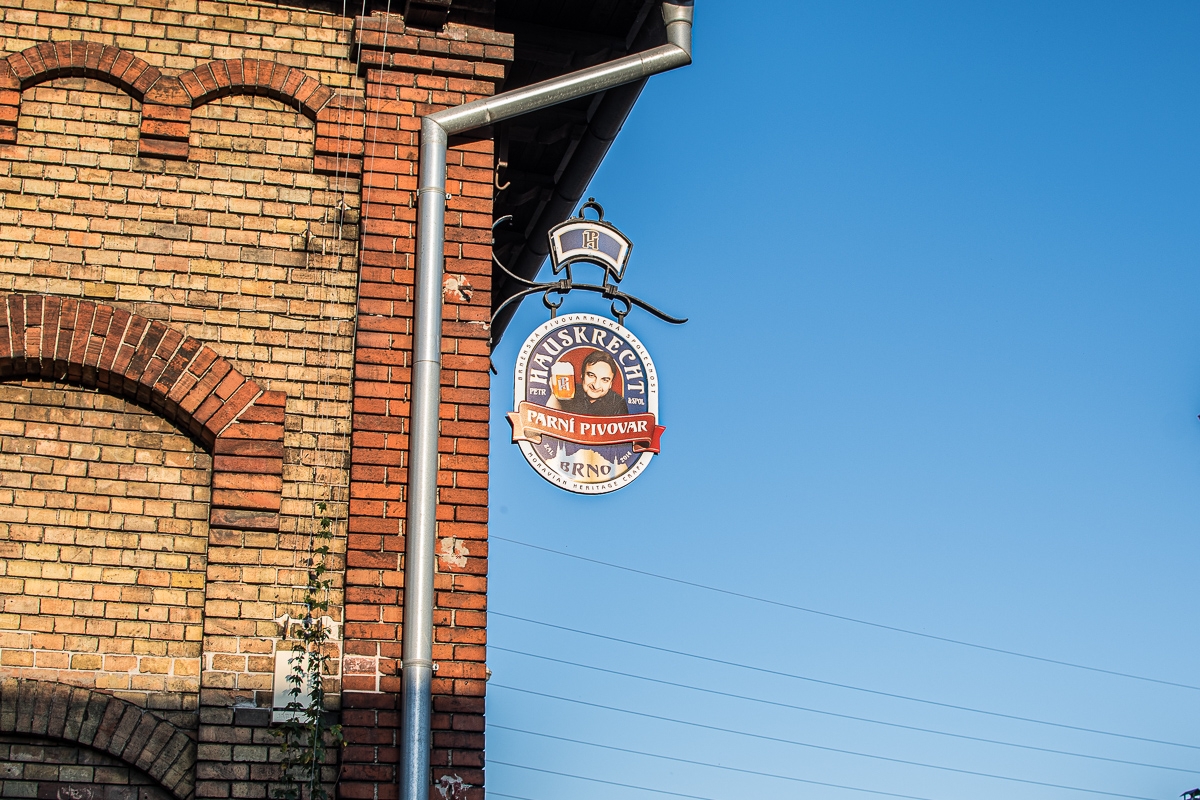 Czech Republic is perhaps the country in the world most associated with beer, and now Czechs have been given a new gift, as breweries in Plzeň (home of the world-famous Pilsner) and Brno have created a brand new special beer for this season. Photo: Casadei Graphics.

Brno, 9 Sep (BD) – The brewers Hauskrecht and Plzeňský Prazdroj have created a new beer together, a special semi-dark American Amber Lager which will be available throughout September. We went to the presentation to bring you all the details about this great beer, which will be available in most Brno pubs as well as other areas of Moravia and Bohemia.

The event started at 6pm at the Hauskrecht Parní Pivovar on Porážka in Brno, where the architects of the beer, brewmasters Václav Berka of Prazdroj, Brno’s Petr Hauskrecht, and Pilsner Urquell brewer Lenka Straková, had some words for the press.

“We showed that when it comes to cooperation, Brno and Plzeň are able to communicate quickly without problems and they don’t need Prague. With this joint event, we want to show that it doesn’t matter how big the brewery is, but how it treats and cares for its beer,” said Petr Hauskrecht.

His colleague, the emeritus brewmaster from Prazdroj added: “We brewed beer in Prazdroj and the Hauskrecht Steam Brewery according to the same recipe. I believe that there will be beer lovers who will taste both the beer brewed in our city and the one in Brno. In total, people can order this American Amber Lager in 1,500 pubs across the country involved in the Brewer’s Choice Program.”

Finally, Pilsner Urquell brewer Lenka Straková described the beer: “We made it from two varieties of hops, the Czech Brewer and the American El Dorado, and three malts – Pilsen Bavarian and caramel. The aroma is slightly sweet, with apricots or watermelon, with a slightly spicy and malt aftertaste. After drinking, the caramel taste is apparent, which is balanced by medium bitterness.”

Now beer drinkers from all over the Czech Republic will have the opportunity to taste the Plzeň-Brno special. American Amber Lager is a semi-dark unfiltered American-style lager.

https://www.brnodaily.com/2019/09/09/eating-out-nightlife/beer-lovers-have-a-new-reason-to-be-happy-as-brno-and-plzen-brewers-present-a-new-special-beer/https://www.brnodaily.com/wp-content/uploads/2019/09/D75_6545-1024x683.jpghttps://www.brnodaily.com/wp-content/uploads/2019/09/D75_6545-150x100.jpg2019-09-09T16:50:42+02:00Carlos MorenoCzech Republic / WorldEating Out / NightlifeAlcohol,Beer,Brno,Czech Republic,Drink,NewsCzech Republic is perhaps the country in the world most associated with beer, and now Czechs have been given a new gift, as breweries in Plzeň (home of the world-famous Pilsner) and Brno have created a brand new special beer for this season. Photo: Casadei Graphics. Brno, 9 Sep (BD)...Carlos MorenoCarlos Morenomorenomendoza2016@gmail.comAuthorCarlos Moreno is a writer with a passion for Comedy and Social Media, he runs the projects Desperate Comedians and Meeting with a Meaning in Brno.Brno Daily

Carlos Moreno is a writer with a passion for Comedy and Social Media, he runs the projects Desperate Comedians and Meeting with a Meaning in Brno.
View all posts by Carlos Moreno →
« Serial Killer Cinepass Tickets Contest on Social Media
Pedestrian Struck By Tram In Mendlovo Namesti »