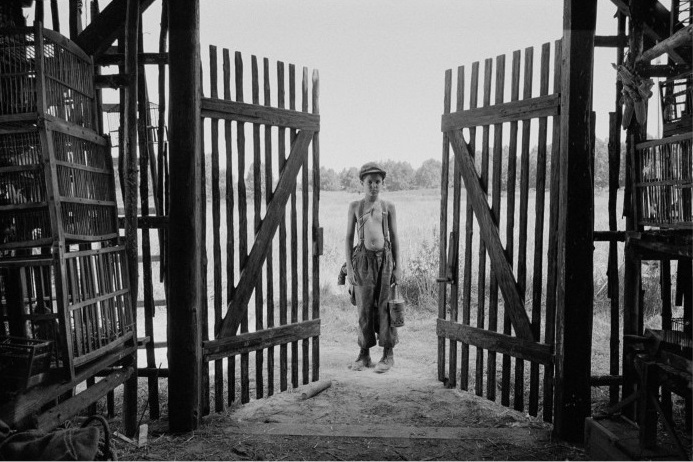 After its success in Venice, the Czech movie The Painted Bird [“Nabarvené ptáče”], just selected by the Czech Film and Television Academy for an Oscar, has finally flown into Czech cinemas. Photo credit: Czech Film Center.

Brno, Sep 16 (BD) – The third feature by Václav Marhoul is inspired by the novel of the same name by Jerzy Kosinski, and the choice to shoot it in 35mm in a striking black and white already cannot help but evoke memories of another Eastern European classic which had the same central thread – the loss of childhood due to the war.

The boy is entrusted to an elderly adoptive mother by his persecuted parents. Upon her death, there is nothing left for the boy but to wander alone through the countryside, crossing the villages and farms scattered along his path without a destination. In his struggle for survival he is exposed to the ferocious brutality of superstitious peasants and witnesses the ferocity with which the military, whether German or Russian, harrass the populations.

The film is Ivan’s childhood by Andrej Tarkovski. The evocative power of black and white, now as then, constitutes the aesthetic strength of a film that color would have impoverished.

Unlike the Russian Master, however, Marhoul’s film has no hope in humanity and does not see faith as a possible lifeline in a stormy world.

The public in 2019 could certainly find The Painted Bird relentless and difficult to bear, as a nearly three-hour tour through the brutality of the Second World War, but there is no denying the cinematic ability with which it was made. The horrors of the real world contained in the film are generally represented with care, subtlety and even naivety, which the perspective of the film shares with its young protagonist.

Because here the boy (he has no name and you will understand at some point why) passes from one mournful episode to another, from one humiliation to the next, always managing to get out of it but with a bit more sensitivity removed forever from station to station. It is a long way across for this preadolescent forced to experience a multitude of aspects of the wickedness of the human soul and of its capacity for exploitation of the weakest.

But The Painted Bird is an extraordinarily beautiful and profoundly authentic reconstruction of a journey through the horrors of the real world that stands next to some of the most memorable and fascinating films about World War II – Come and See, Schindler’s List, and Son of Saul – and among the best Czech films ever made.

The young Petr Kotlár stars in The Painted Bird as Joska, a young boy who experiences a litany of horrors in World War II during a dangerous journey across Eastern Europe, while the German and Russian forces converge on the battlefield in the background.

But it is impossible to imagine anyone else in this role but Kotlár, on screen in almost every scene and visibly aging from start to finish (The Painted Bird was shot in sequences of two years). He delivers one of the most fascinating performances by a child actor ever captured on film, a portrayal that no-one who sees this film will forget. If Truffaut’s Antoine Doinel suffered The 400 Blows (French: Les Quatre Cents Coups), Joska of Kotlár suffers about 400,000. A psychologist was hired to accompany Kotlár on set to ensure that the role did not affect his development in real life; all the scenes involving children that depict sexuality were filmed using doubles.

You know what you are in for with The Painted Bird right away, during its opening sequence: Joska is attacked by a group of village bullies, and his little pet is covered in gasoline and set on fire. The sequence is carefully constructed so that the public does not even know what kind of animal it is, but the unflinching presentation sets a tone that will continue through the rest of the film.

As animals suffer mistreatment from the first sequence, The Painted Bird constitutes the highest point of expression of the ferocity that is visible when the human and animal worlds are no longer distinguishable in the will to strike and annihilate, only that there is for animals instinct, and for men layers of centuries of ignorance.

(The Painted Bird scenes involving animals, which also include the titular creature and a goat, are among the most distressing, and a declaration that no animal was injured during the making of the film is scarce comfort).

Taking care of an elderly woman – probably a grandmother – after the rest of her Jewish family was allegedly transported away, young Joska’s life is thrown into further turmoil when the woman dies, and he sets off alone through the unnamed rigid landscape in Eastern Europe during the Second World War.

The Painted Bird is presented in segments named after the characters that Joska meets during his journey; even if of an episodic nature, the film has an epic scope and is quite eventful, never becoming slow or boring despite its length.

But despite the almost infinite brutality, there are so many moments of pure and rare beauty. In a non-verbal but impressive performance, Stellan Skarsgård plays a Nazi officer who allows Joska to escape after he has been ordered to kill him; later, a priest played by Harvey Keitel asks for his release.

The cycle of suffering continues, however, when Keitel’s priest hands the boy into the arms of a pedophile, interpreted threateningly by Julian Sands. Although never graphic, the scenes involving Sands are among the most disconcerting of The Painted Bird – but their climax gives at least a sense of justice to the public.

Aleksey Kravchenko, unforgettable as Elem Klimov’s teenage protagonist in Come and See, portrays a benevolent Russian soldier who shows Joska a certain sympathy; devastatingly, no good deeds go unpunished in The Painted Bird. Later, Barry Pepper plays a Russian sniper who stages a bloody revenge, eye for an eye, in a sequence that allows a mutually recognized humanity to breathe through the horrors of war. It is one of the most beautiful scenes in the film.

Jerzy Kosiński’s novel stirred up controversy in Poland, not so much for its content, which was widely praised at the time of release, but for its presentation as a report based on the facts of the writer’s experiences as a child during World War II, which was later dispelled. But Václav Marhoul’s film does not promote such a story, and his imaginary story about the horrors of the Holocaust is among the hardest and most believable you have ever seen.

Director Marhoul has only made two previous films, the 2004 detective film Mazaný Filip (Smart Filip) and the 2008 war drama Tobruk. But The Painted Bird, his first feature film in eleven years, is not only different from those, it is different from almost all the films that preceded it. This is a masterpiece at the level of Marketa Lazarová by František Vláčil, equally epic in scope and detail, and joins it as one of the best Czech films ever made.

Beautifully captured by Vladimír Smutný in black and white 2.35: 1 widescreen format, every image captured here was made so carefully that it can be hung on the wall. Marhoul and Smutný have captured places throughout the Czech Republic, Slovakia, Poland and Ukraine that perfectly evoke the environment as if they had been frozen in time.

The Czech Film and Television Academy selected The Painted Bird as this year’s Czech Oscar candidate. The Czech-Ukrainian-Slovak drama, written, directed and produced by Václav Marhoul, will represent the Czech Republic as the official submission for the 92nd Academy Awards in the Best International Feature Film category. 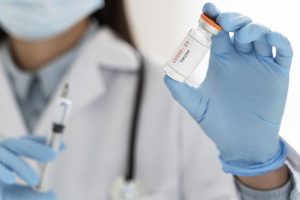 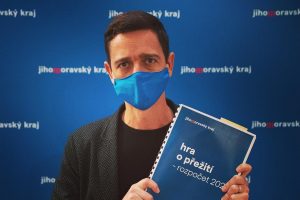 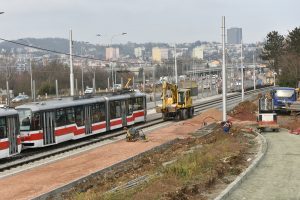