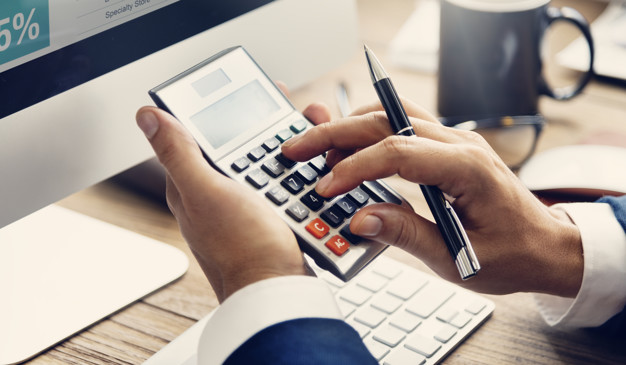 Many businesses and households expect their economic situation to get worse in the coming year. The COFACE survey, which was carried out in preparation for their Brno conference, showed 50% of Czech companies expect the economy to deteriorate in the next two years and a third of households think their personal situation will worsen over the next year. Image: stock picture / Freepik.

Mood darkens as fears of an economic downturn increase

Brno, Oct 5 (BD) – The spread of pessimism about the economy was the message coming out of the COFACE Country Risk Conference held in Brno last week. Leading Czech economists such as Tomaš Sedláček and Lukáš Kovanda took part. Research conducted by COFACE for the conference has shown that 80% of Czech businesses are preparing for a downturn in the economy and a drop in orders and a third of households expect their economic situation to get worse.

The conference took place on September 26, 2019 at the Voroněž Hotel and was titled ‘The Czech and Slovak Economy in 2020 and Beyond’. COFACE is a leader in debt insurance and risk management. It organises this conference annually in different locations.  In connection with the conference, Coface has published the results of an annual survey of risk perception by ordinary citizens and the top managers of leading Czech companies.

The outlook for Czech business

In the past year Czech companies have become more pessimistic. Whilst 36% of top managers believe the economic situation will be stable, 50% expect it to deteriorate. A quarter think their workforce will shrink over the next two years. 50% of managers also see non-payment of invoices as a significant threat and as a result of this 54% of companies insure against non-payment. The various trade wars and actions of Donald Trump have heightened the risk of a downturn in international trade according to 75% of those questioned. However, when questioned about their own companies, they were more optimistic. 85% expect that in two years their companies will be in a better position than today, with 14% saying significantly better.

Czech households on the other hand see their own situation more negatively. A third see their economic situation worsening over the next year, whilst only 14% expect improvement. Indeed, over a quarter of respondents worry about the economic situation of their employers and 40% are putting money aside for a rainy day. It’s not panic yet, claims Ján Čarný, CEO of Coface,  but more pessimistic news like the collapse of big companies, such as Thomas Cook, only reinforce the gloom. Ivan Mikloš, former Deputy Prime Minister and Minister of Finance warns “If households prepare too much for a crisis, they will worsen the economic situation on their own.” Although he adds that the real problems are ‘a lack of reform and irresponsible government policies.’

Use the good times to prepare for the bad times

The experts generally agree that businesses should use the good times to prepare for crises. Businesses need to be flexible and it is here that, according to Ivan Mikloš, governments can help with a more liberal labour code. Petr Bartoň, chief economist of the financial group Natland a lecturer at Cevro University says that companies should be more prepared to employ people who have experienced problems in the past, as they are better able to manage crisis situations. He points out that business schools in the Czech Republic don’t teach ‘managing decline’, so people with such experience are particularly valuable.

Would the Euro help?

Opinions were more divided about whether being part of the Eurozone would help the Czech Economy weather economic storms. Ivan Mikloš points to the positive outcome in Slovakia which adopted the Euro shortly before the financial crisis. Tomáš Sedláček says with reference to the role of the  euro in a crisis: “A national currency has its advantages, but in the long run it is better to be tied to a larger business unit.” However, taking the opposing view, the economist Mojmír Hampl, a former member of the CNB Bank Board, is convinced that by adopting the euro, the Czech economy would not be able to have its own monetary policy as one of the tools that enables it to respond better to individual fluctuations. This view is also supported by Petr Bartoň, who think the next crisis could relate directly to the Euro single currency and that being part of it would make the situation worse.

The automotive industry is the economic powerhouse of both the Czech Republic and Slovakia.

As most of the production is exported to other EU countries, its success is driven by external factors. Weaker results compared to last year are due to structural changes such as the controversies over diesel and the growth of electric vehicles as well as more general factors mentioned above. Ján Čarný, CEO of Coface Česká Republic comments that the deterioration in this sector in Germany represents ‘a direct risk to Czech and Slovak automobile companies and other businesses that work with them’.

https://www.brnodaily.com/2019/10/05/news/business/coface-country-risk-conference-in-brno-warns-of-risk-of-economic-downturn/https://www.brnodaily.com/wp-content/uploads/2019/10/calculate-balance-financial-accounting-profit-debt-concept_53876-48173.jpghttps://www.brnodaily.com/wp-content/uploads/2019/10/calculate-balance-financial-accounting-profit-debt-concept_53876-48173-150x87.jpg2019-10-05T08:52:00+02:00Charles du ParcBusinessCzech Republic / WorldBrno,Business,Czech Republic,Economy,NewsMany businesses and households expect their economic situation to get worse in the coming year. The COFACE survey, which was carried out in preparation for their Brno conference, showed 50% of Czech companies expect the economy to deteriorate in the next two years and a third of households think...Charles du ParcCharles du Parcchaduparc@gmail.comAuthorCharles du Parc comes originally from London and worked there in fashion retailing for several years. Before coming to the Czech Republic in 2005, he ran his own delicatessen and café in a small town on the south coast of England. He has also served as a judge for the World Cheese Awards. Having fallen in love with Brno,he now regards it as home and works there as a freelance teacher, writer and translator.Brno Daily

Charles du Parc comes originally from London and worked there in fashion retailing for several years. Before coming to the Czech Republic in 2005, he ran his own delicatessen and café in a small town on the south coast of England. He has also served as a judge for the World Cheese Awards. Having fallen in love with Brno,he now regards it as home and works there as a freelance teacher, writer and translator.
View all posts by Charles du Parc →
« 155th Anniversary of Brno Fire Department
Br(u)no: The Start of a New Basketball Era? »