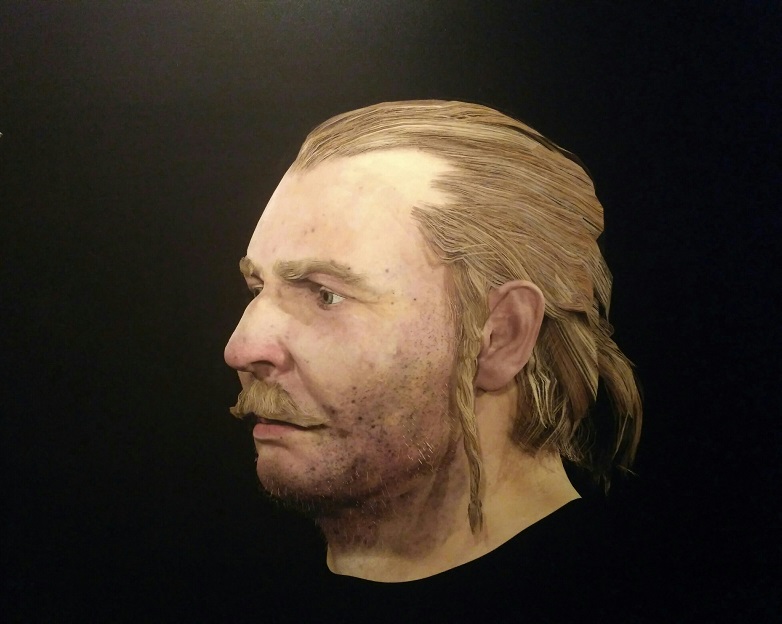 The mummy of Baron Franz von der Trenck has helped scientists reconstruct his appearance. The work took two years. Since the beginning of October the public have been able to see the results of the research. Photo credit: Muzeum města Brna.

Brno, Oct 18 (BD) – Born in Calabria, Trenck served in the Russian army but was forced to flee. He later helped to protect Austrian Empire, commanding the Pandurs, with whom he assisted Maria Theresa in the War of Austrian Succession. Unfortunately, due to his fierce nature, he made many enemies. He was even sentenced to death in 1745, but Maria Theresa commuted his sentence and he was sent to Špilberk Prison.

Baron Trenck is considered to be the most famous inmate of Špilberk, though legendary Czech bandit Václav Babinský is a possible rival in this imaginary contest. The hot-tempered but also melancholic man greatly affected by the death of his wife and daughters was a great soldier and talented violinist. Thanks to a team of scientists and specialists from many fields we can now see for ourselves how his face and body probably looked.

October 4th marks exactly 270 years since his death, aged only 38. He was buried in the tomb of the Capuchin monastery, where his body became naturally mummified. Almost three centuries later the team of experts transported his mummy for CT examination using the latest methods of forensic anthropology and forensic medicine. The results of the research can now be viewed at “Baron Trenck. Nová tvář legendy“ (Baron Trenck. New Face Of Legend), a unique exhibition in the gothic halls of Špilberk Castle.

Baron Trenck is the first historical figure whose face has been fully digitally reconstructed, with even the simulation of movement. The final appearance of the face and figure of the famous military commander is the result of cooperation between anthropologists, archaeologists, historians, artists, graphic designers and IT specialists. According to anthropologist Petra Urbanová, the work took more than two years. She describes him as a man who “has atypically long and strong fingers, a dented chest, heel spurs, a cleft sacrum, and shards of bullet ingrown under the skin.” Trenck was also above average height, not just for his time, but even for today – he was 187 centimetres tall.

The exhibition will run until the end of the year. It offers complex insights into Trenck’s life but also shows how modern technologies and knowledge can make history come alive again.

https://www.brnodaily.com/2019/10/18/news/unique-digital-reconstruction-of-famous-spilberk-prisoner-baron-trenck/https://www.brnodaily.com/wp-content/uploads/2019/10/Baron-Trenck-Brno-Photo-credit-Spilberk-1-2.jpghttps://www.brnodaily.com/wp-content/uploads/2019/10/Baron-Trenck-Brno-Photo-credit-Spilberk-1-2-150x120.jpg2019-10-18T19:17:46+02:00Kamila JablonickáCzech RepublicBrno,Culture,Fine Arts,News,Science,TechnologyThe mummy of Baron Franz von der Trenck has helped scientists reconstruct his appearance. The work took two years. Since the beginning of October the public have been able to see the results of the research. Photo credit: Muzeum města Brna. Brno, Oct 18 (BD) – Born in Calabria,...Kamila JablonickáKamila Jablonickák.jablonicka@seznam.czAuthorA student of journalism and international relations, mainly interested in current topics, but also in media, culture and its impact on our lives.Brno Daily

A student of journalism and international relations, mainly interested in current topics, but also in media, culture and its impact on our lives.
View all posts by Kamila Jablonická →
« In Photos: Fountain in front of Janáček Theatre Turns Pink to Fight Cancer
Br(u)no: Parking Made Simpler but Not Less Annoying »