Br(u)no: The Night to Live Your Fantasies 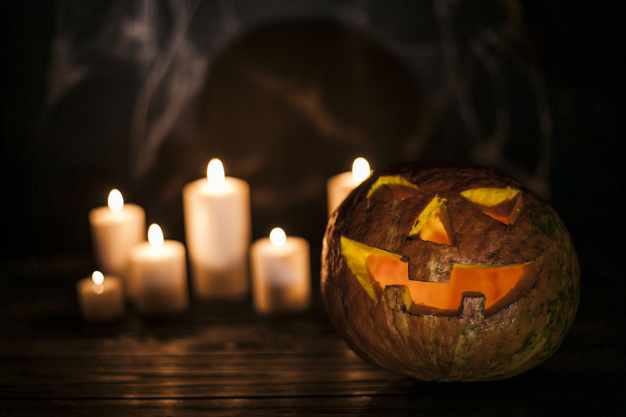 Halloween is, if nothing else, an interesting holiday that people are attracted to it — or repulsed by.

Kids who grew up in Western countries, most stereotypically the United States, remember dressing up and Trick or Treating through their neighborhood in order to fill a bag with candy. University students consider it a great reason to throw a party. Some people gravitate to the spiritual aspects. Others enjoy the darkness, the death, the horror and the fear.

In any case, Halloween, which is this Thursday, is rarely boring. It is a day when you can let your loose. Put on a costume. Mask your true self. Escape your buttoned up personality. Revel with friends. And experience a new point of view.

Like Regina George says in “Mean Girls”, the classic teenage movie from 2004: “In the real world, Halloween is when kids dress up in costumes and beg for candy. In Girl World, Halloween is the one day a year when a girl can dress up like a total slut and no other girls can say anything else about it.”

Brno, and the Czech Republic in general, have slowly been incorporating the holiday into its collective consciousness. Supermarkets have Halloween displays. Radio deejays will talk about it. Halloween-themed television shows and movies will be shown. Just like how Santa Claus is becoming a symbol within the local holiday season, Jack-o’-lanterns are becoming more common in the fall.

I have often had to listen to criticism that Halloween as just another Americanism. It is, to a point; however, Ireland and the United Kingdom celebrate it as well, and really, it has pagan roots that go back centuries.

And the other-worldly aspects of the holiday have been incorporated, in one way or another, into many different traditions around the world, including here, where it is called dušičky, or “little souls”. The more official Czech phrase is Památka zesnulých, which means “a remembrance of those who have passed”. This year, All Soul’s Day, as it is known in English, is on Saturday. It is when people go to cemeteries, clean the graves of loved ones and light a symbolic candle. It a somber event that is quite beautiful and moving.

Nevertheless, I do think that English-language learning is a big reason for the growing influence of Halloween. Every teacher of English will talk about Halloween next week because it is an English-speaking holiday and it may come up on a graduation exam. Many preschools and elementary schools now use the hands-on creativity of carving pumpkins as a staple of their autumn activities.

Halloween, though, is not just a kid holiday. Adults are a driving force in its growing popularity because of the fantasy angle. Fléda, for example, has a huge party planned, which it is calling: The „naughtiest“ Halloween party in Central Europe. There is also a “Horor Circus” that has been camped out in South Brno for the past week or so. Many people will have smaller and more private affairs.

The good news is that, unlike cities in the United States, the Czech Republic has not yet completely bought into the costume aspect of the holiday. In calling around to a half dozen costume shops in Brno, it is clear that they are prepared for (and hoping for) an onslaught of people to rent costumes for Halloween parties. Every year brings a bit more attention but it has not yet fully taken root. Instead, local costume stores rely mostly on different events, like company parties; St. Nicholas Day, when people dress as Mikuláš, the devil and an angel; Masopust, which is the local version of Fat Tuesday of Mardi Gras and Carnival of Brazil; and theatre performances.

That means that decent costumes can be rented for Halloween for less than 500 kc.

Ever wanted to be a pirate or a fireman? Now is your chance.

Who am I kidding? Let’s rephrase the question: Ever wanted to be a Sexy Pirate or a Sexy Fireman or a Sexy ___(fill in the gap)_____?

Halloween gives you a chance to live out your fantasy, at least for one night, even here in Brno.

https://www.brnodaily.com/2019/10/25/column/__trashed-3/https://www.brnodaily.com/wp-content/uploads/2019/10/creepy-carved-pumpkin-white-candles_23-2147912918.jpghttps://www.brnodaily.com/wp-content/uploads/2019/10/creepy-carved-pumpkin-white-candles_23-2147912918-150x100.jpg2019-10-26T08:23:47+02:00Bruno ZalubilColumnBrno,Brno Expats,Czech Republic,HolidayPhoto credit: Stock picture / Freepik.Halloween is, if nothing else, an interesting holiday that people are attracted to it — or repulsed by.Kids who grew up in Western countries, most stereotypically the United States, remember dressing up and Trick or Treating through their neighborhood in order to fill a bag with...Bruno ZalubilBruno Zalubilbzalubil@hotmail.comAuthorA connoisseur of the unpredictable and unscripted drama of sports.Brno Daily

A connoisseur of the unpredictable and unscripted drama of sports.
View all posts by Bruno Zalubil →
« In Photos: New Wellness Facility Opened at Lužánky Swimming Pool
What’s Up Brno? – Events in Brno, Week n°44 »