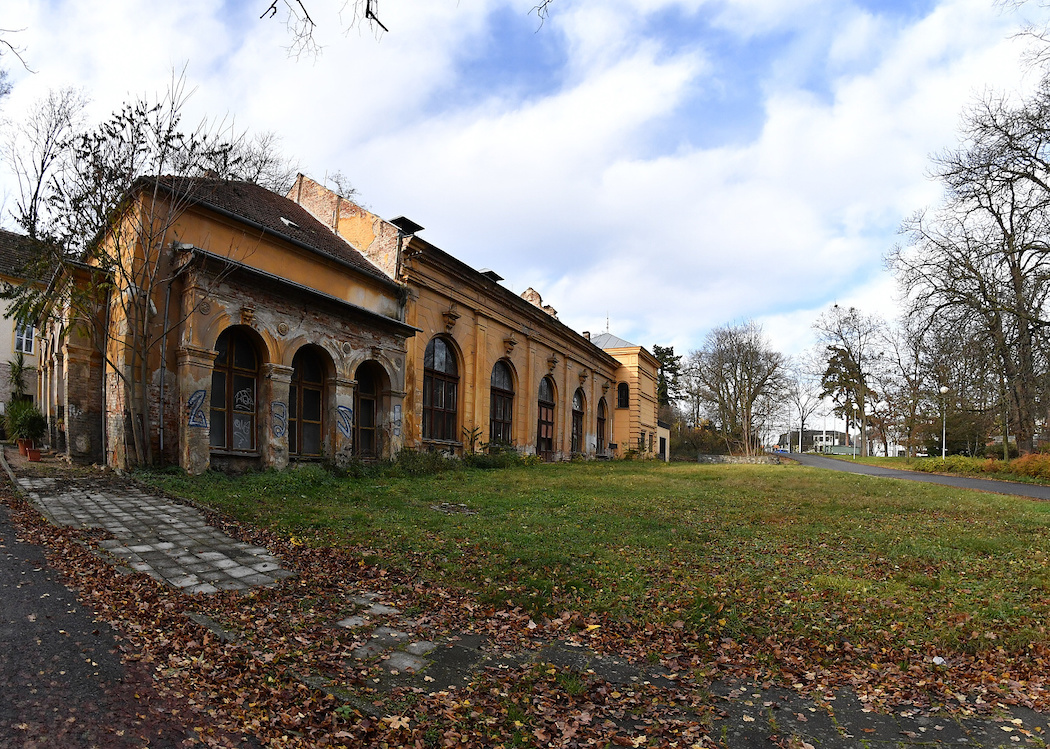 According to the official press release, the complex will include four football pitches, an inline trail, an inline racing oval, a beach volleyball court, discgolf, workout pitches, a climbing wall and much more. Photo: An old building in Pisárky. Credit: City of Brno.

Brno, Nov 21 (BD) – Brno has been involved in complicated negotiations with the Czech Ministry of Defense, the Ministry of Finance and the Office for the Protection of Competition. Finally, on Monday, the city acquired land for the construction of a modern sports and recreational area on the site of the former army stadium and gym in Pisárky, near Anthropos.

“There will be a modern area suitable for sports activities and recreation, which will be used by people of all ages,” said Mayor of Brno Markéta Vaňková. The expected total investment in the project is CZK 300 million, said Vaňková: “Around a third should be covered by subsidies, the rest will come from our budget.”

The building of the sports venue will take place in three phases: the first will start in 2021 and the last should be completed in 2023.

The area will be connected to the singletrack as well as to the walking and cycling routes between the existing Prague Trail and the trails in the Libuše Valley. There will also be a children’s mountain bike training track and lot of places to relax.

Martin Mikš, Director of the company Starez-Sport, which operates the municipal sport venues, said: “Respect for the historical role and function of this locality since the 19th century had key importance in designing the urban solution. It was also important to preserve the key values of the area, which are, besides historical buildings, also the characteristic terrain relief, the ecologically and aesthetically significant biotope, and high-quality and mature greenery.”

In the past the football pitch was used by the students of the University of Defense. The gym was built in 1847 as a burghers’ shooting range. The large hall was later used for celebrations. Today the building has the functions of a gym, but it has not served this purpose for some time. The facade of the building and the structure at the entrance to the stadium are protected monuments of cultural heritage.

https://www.brnodaily.com/2019/11/21/news/city-of-brno-acquires-land-for-new-multifunctional-complex-in-pisarky/https://www.brnodaily.com/wp-content/uploads/2019/11/areal_pisarky1-1024x730.jpghttps://www.brnodaily.com/wp-content/uploads/2019/11/areal_pisarky1-150x107.jpg2019-11-21T13:22:02+01:00Kamila JablonickáCzech Republic / WorldBrno,Czech Republic,NewsAccording to the official press release, the complex will include four football pitches, an inline trail, an inline racing oval, a beach volleyball court, discgolf, workout pitches, a climbing wall and much more. Photo: An old building in Pisárky. Credit: City of Brno.Brno, Nov 21 (BD) – Brno has...Kamila JablonickáKamila Jablonickák.jablonicka@seznam.czAuthorA student of journalism and international relations, mainly interested in current topics, but also in media, culture and its impact on our lives.Brno Daily

A student of journalism and international relations, mainly interested in current topics, but also in media, culture and its impact on our lives.
View all posts by Kamila Jablonická →
« No Need To Prohibit Mobile Phones In Schools, According to Researchers From Masaryk University
Is Same-Sex Marriage Coming To The Czech Republic? »