Mattoni and E-Košík.cz To Trial Deposit System For PET Bottles 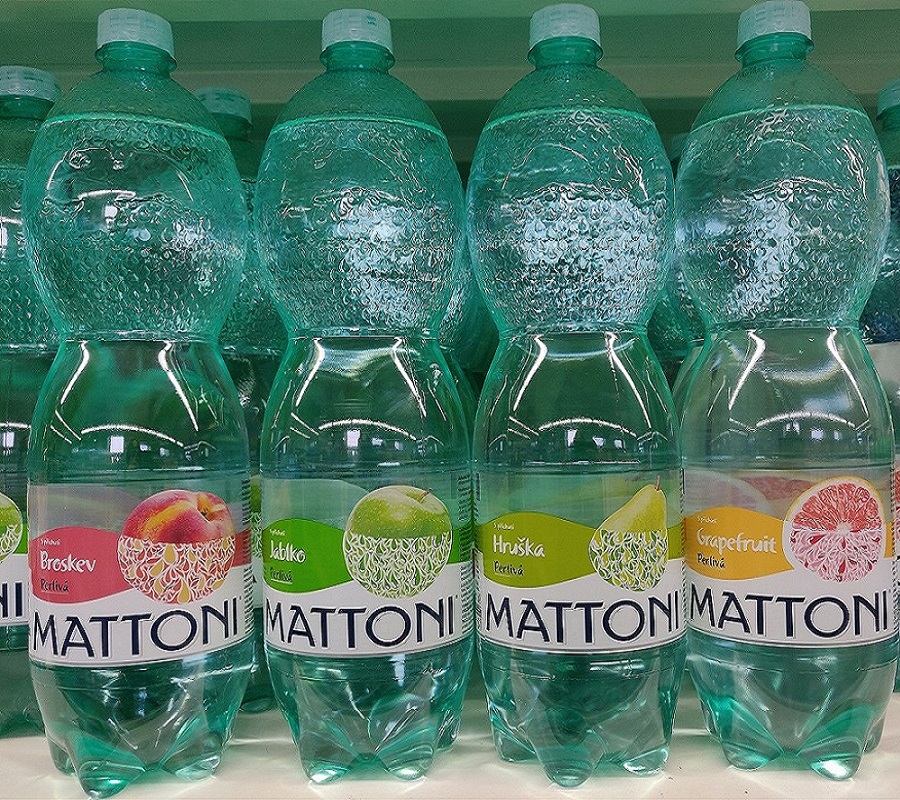 Mattoni has been the biggest supporter of a nationwide deposit and return system for PET bottles, which has so far not been included in any of the government’s plans, despite wide public support for such a scheme. The new trial has been set up in response to customer demand. Photo credit: AD / Brno Daily.

Brno, Jan 22 (BD) – Drinks retailer Mattoni and online grocer e-Košík.cz have launched a new trial of a deposit and return system for plastic bottles made from Polyethylene terephthalate (PET), to test public interest and uptake. The trial will apply only to Mattoni drinks sold via Košík, to make the results of the test easier to interpret. Customers can choose regular non-returnable products, or the returnable products with deposits, in order to test initial customer demand. Those customers choosing the product with the returnable deposit will pay three crowns extra for their drinks, then return the empties with their next order from Košík, at which point the deposit will be returned. Kosik will then return the bottles to Mattoni for recycling. PET can be returned to a fine powder form, then reformed into another bottle. In this way, PET bottles can be recycled around 50 times. Mattoni’s bottles are already produced from 80% recycled materials.

The trial has been set up in response to customer demand; according to General Director of Košík Tomáš Jeřábek, customers are increasingly concerned about consumer sustainability and would not be put off by the deposit charge. According to 2019 research by Kantar TNS, three quarters of Czechs support a deposit and return scheme, of the type that has run effectively in countries such as Germany and Sweden for many years.

Mattoni has been the biggest commercial proponent of legislation for a nationwide scheme, supporting the online campaign at zalohujeme.cz, which is also supported by the Institute of Circular Economics and the Institute of Chemical Technology in Prague. Research by the initiative suggests that a nationwide uptake of this system would reduce the environmental impact of drinks containers by 28% compared to the current system.

So far, however, there are no plans for the Czech government to bring in such a measure, unlike neighbouring Slovakia, where PET containers will be covered by a deposit scheme from 2022. However, newly-adopted EU rules will require producers to use at least 25% of recycled materials in their packaging. Speaking to Radio Prague, Sona Jonasova of the Institute of Circular Economics argued that recycling more in the domestic market is the easiest way to meet this requirement: “By 2025, producers will have to use 25 percent of recycled material in their packaging. If you are a manufacturer and need to obtain recycled material from abroad in what is often a complicated process in order to fulfil that condition, it makes no sense. Your interest is to get back what you are marketing.”

https://www.brnodaily.com/2020/01/22/news/mattoni-and-e-kosik-cz-to-trial-deposit-system-for-pet-bottles/https://www.brnodaily.com/wp-content/uploads/2020/01/Mattoni-plastic-water-bottle.-Credit-AD-Brno-Daily.jpghttps://www.brnodaily.com/wp-content/uploads/2020/01/Mattoni-plastic-water-bottle.-Credit-AD-Brno-Daily-150x133.jpg2020-01-22T13:35:22+01:00Jack StephensCzech Republic / WorldBrno,Czech Republic,Environment,NewsMattoni has been the biggest supporter of a nationwide deposit and return system for PET bottles, which has so far not been included in any of the government’s plans, despite wide public support for such a scheme. The new trial has been set up in response to customer demand....Jack Stephens jack.stephens50@gmail.comAuthorA writer and English teacher originally from London who has lived in Brno since 2011, interested in politics, low culture, and all things strange and/or Czech.Brno Daily

A writer and English teacher originally from London who has lived in Brno since 2011, interested in politics, low culture, and all things strange and/or Czech.
View all posts by Jack Stephens →
« Brno Sports Weekly Report — VK Šelmy Brno Face More Challenges for Top Spot
New Restrictions To Be Imposed On Street Drinking In Jakubské náměstí »