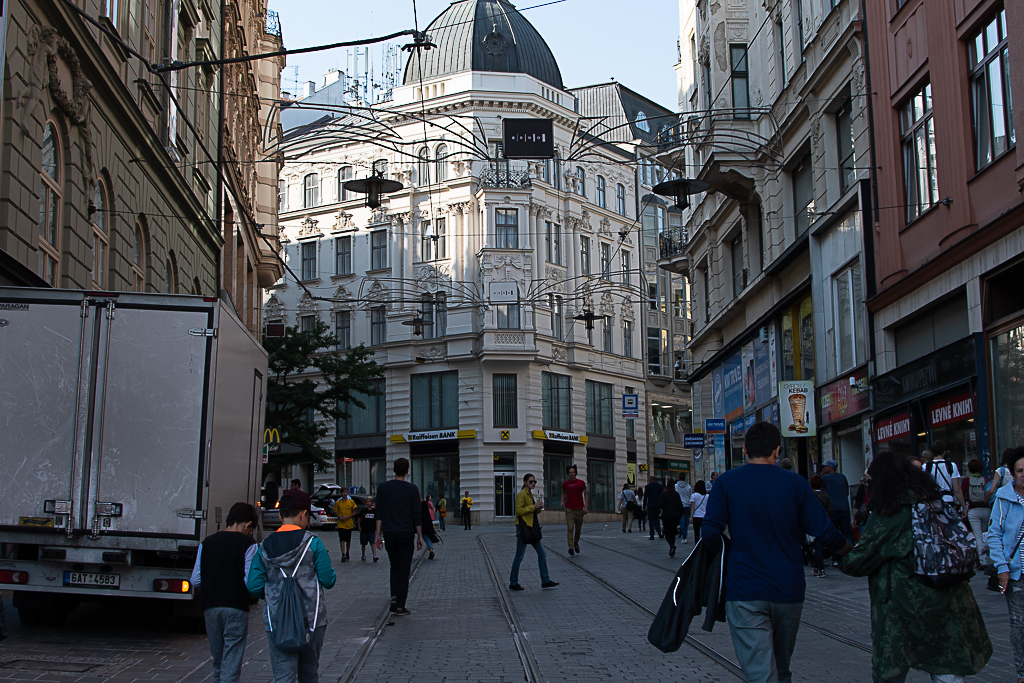 According to the latest data from developer Trikaya, quoted by Archiweb, in 2019, prices of new flats in Brno increased by 7.5% year-on-year. This is a much less substantial increase than the previous year, when prices skyrocketed by nearly 16% y-o-y. Photo: KK / BD.

Brno, Jan 24 (BD) – “Prices will stabilize in the coming months. We expect growth to be only slightly above the level of inflation,” said Alexei Veselý, CEO of Trikaya, in late 2019. A square meter could be purchased for an average of CZK 81,000, meaning a 62-meter apartment cost around CZK 5 million in Q3 2019.

Over the last three months of 2019, the prices of two- and three-room apartments were the most expensive. The continuous increase over recent years has caused a decrease in demand for the normally very popular two-room apartments – at current prices, people with average incomes cannot afford them.

While studio apartments cost an average of around CZK 3 million, the price of two-room apartments soared to CZK 4.5 million and three-rooms to CZK 6.5 million.

One-room apartments with an average size of 35 square meters accounted for more than 40 percent of all sales in new buildings in 2019, according to Archiweb.

Location plays the most important role in choosing an apartment. “In the center of Brno, a square meter is CZK 5,000 more expensive than in other parts of the city,” said Veselý in November 2019.

The average price is increased also by the fact that large, expensive apartments represent a sizeable chunk of the available apartments. Cheaper flats sell out quickly and the pace of their construction is slow.

In total, more than 500 available apartments remain on offer, with price per square meter of CZK 82,500. However, Archiweb quote Trikaya research that 2,500 apartments are currently missing in Brno – apartment prices are not rising due to an artificial real estate bubble, but simply from a combination of strong demand for new housing and a lack of suitable apartments.

Rents Are On The Rise, Too

Similarly to the prices of new dwellings, rental prices are also growing. Renting a one-room apartment currently costs on average around CZK 11,000 per month, a two-room apartment CZK 13,500, and nearly CZK 17,000 for a three-room apartment, according to the same source.

People are most interested in renting small flats, although those rental rates have risen by more than 10% in 2019.

In an interregional comparison, wages in South Moravia were the fourth highest in the country (after the Capital City of Prague, Central Bohemia and the Plzeň Region), but CZK 1,150 lower than the national average in Q3 2019.

A growing economy, the recent trend of low-rate mortgages, the lack of available properties combined with missing zoning plans in major Czech cities has lately resulted in increasing prices in the Czech real estate market.

https://www.brnodaily.com/2020/01/24/news/business/apartment-prices-keep-rising-in-brno/https://www.brnodaily.com/wp-content/uploads/2019/02/September-Streets-of-Brno-for-Brno-Daily-6-1024x683.jpghttps://www.brnodaily.com/wp-content/uploads/2019/02/September-Streets-of-Brno-for-Brno-Daily-6-150x100.jpg2020-01-24T09:22:52+01:00BD StaffBusinessCzech Republic / WorldAccommodation,Brno,Business,Prices,Relocation to BrnoAccording to the latest data from developer Trikaya, quoted by Archiweb, in 2019, prices of new flats in Brno increased by 7.5% year-on-year. This is a much less substantial increase than the previous year, when prices skyrocketed by nearly 16% y-o-y. Photo: KK / BD. Brno, Jan 24 (BD) -...BD StaffBD Staff team@brnodaily.czAdministratorBrno Daily - English News and Events in Brno.Brno Daily

Brno Daily - English News and Events in Brno.
View all posts by BD Staff →
« Where Should It Go? New App Shows Czechs Where To Dispose of Different Waste Materials
In Brief: Kometa Express Takes Off from Královo Pole Today »