Brno, Feb 10 (BD) – Panagiotis Palias, who has been living in Brno for over eight years, has decided to put his 4-year-old into a Czech kindergarten. “The Czech kindergarten is close to our home, has modern facilities and is much cheaper than the international ones. I am Greek and my wife is Russian, so we have an international marriage. Our daughter did not have any trouble getting used to Czech and she is able to switch between the languages.” He is also satisfied with the kindergarten’s attitude and did not seek any Czech tutoring for his child.

Lucie Bartoňová, a kindergarten teacher from Prague, has a class of 25, of which two are from Ukraine. “The kindergarten’s policy towards foreign kids is to teach them Czech twice a week for 30 minutes, but otherwise we treat them all the same. The kids in my class have made progress, they can ask for things they want and play with other kids, but it’s individual.” She thinks that parents are an important factor in the children’s integration. “We try to help, we talk to the kids about other cultures and countries,” adds Bartoňová.

The younger the children, the easier it is for them to pick up a language without any extra support. Radim Ošmera from the Centre For Foreigners in the South Moravian Region says this is due to the number of channels through which the kids are receiving the language. “The biggest difference between children and adults is that the language comes more naturally to children. They pick up the language everywhere, even more from interactions with the other kids than the teacher. However, this changes as they get older; the ability to pick the language up diminishes, their priorities change and their motivation weakens.”

With older children, some parents opt to put them into an international school, as in the case of João Pedro Silva, originally from Portugal: “I have been here for nearly seven years, but my 15-year-old son joined me only at the beginning of this school year. The decision was easy, as he did not speak any Czech. He is learning it now as a second language and I guess it’s going fine, he scored an A at the end of the semester.” His son has Czech lessons at the same school he attends regular classes. There are 19 international schools in the Czech Republic, and at most of them the language of instruction is English. Brno has two such schools.

Currently there are seven schools in the South Moravian Region that teach Czech to children of foreigners. One of them is Brno’s Staňkova Primary School, which offers classes and courses of Czech for foreign kids to make it easier for them to integrate. “The role of language in the process of integration is crucial for children, namely when it comes to socialisation and education,” says Ošmera.

However, he warns that the ratio of foreigners could be too high to achieve successful integration. “The number should definitely be below 10%. At around 5% to 7% the school should stop the influx of foreigners. Imagine 20 Ukrainian and five Czech kids in one class; they will just become separate groups and there will be no integration for the Ukrainian children,” adds Ošmera, who manages the methodology for the Centre For Foreigners’ Czech courses. Most of the foreign children in primary schools in Brno attend Staňkova. With 182 foreign children out of 315, the rate of foreign children in the school year 2017/2018 was 58%.

The number of foreign children within the education system is increasing, reflecting the number of foreigners coming to the Czech Republic. The latest data, from the school year 2018/2019, counts around 11,300 children in kindergartens, 24,000 in primary schools and 9,300 in high schools.

In Brno, the percentage in the school year 2017/2018 was slightly higher than the national average: 4% of foreigners in kindergartens, 3% in primary schools and 2% in high schools.

The top four nationalities are the same: Ukraine first, followed by Slovakia, Vietnam, and Russia. When it comes to universities, the percentage of foreigners is much higher; the average in Brno’s four biggest universities is 21%. The biggest share of those are Slovaks, partly due to the virtual non-existence of any language barrier.

Facebook Comments
https://www.brnodaily.com/2020/02/10/news/politics/a-new-challenge-for-czech-education-number-of-foreign-school-children-increasing-every-year/https://www.brnodaily.com/wp-content/uploads/2019/10/schol-kids-participatory-budgeting-brno-1024x683.jpghttps://www.brnodaily.com/wp-content/uploads/2019/10/schol-kids-participatory-budgeting-brno-150x100.jpg2020-02-10T09:18:23+01:00Vanda ŠujanováCzech RepublicPoliticsBrno,Brno Expats,Czech Republic,Education,English-friendly,Expats CzechiaThe number of foreign children in the Czech educational system is increasing, reflecting the growing number of foreigners coming to the Czech Republic. Since the school year 2013/2014, the number of foreign pupils in primary schools has risen by 59%, and in kindergartens the number has soared by 80%....Vanda ŠujanováVanda Šujanovávandasujanova@gmail.comAuthorA student and a learner. Likes books, coffee and writing.Brno Daily 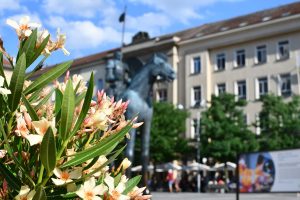 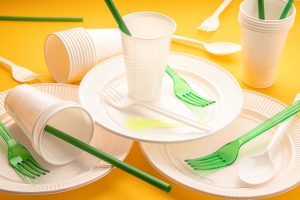 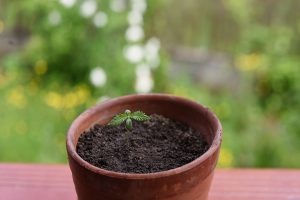