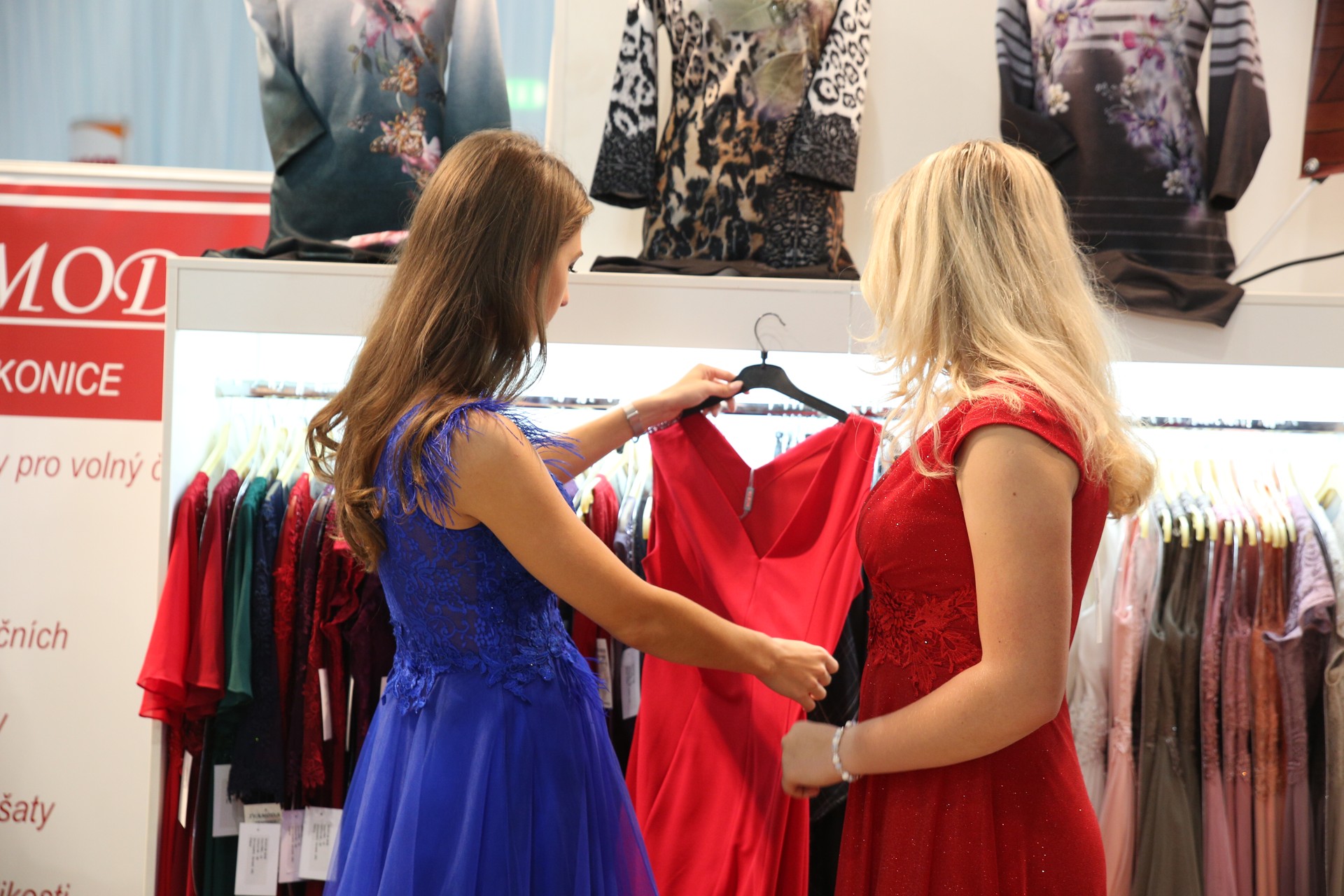 The 55th STYL International Fashion Fair and the 55th KABO International Footwear and Leatherwear Fair will take place from 22 to 24 February 2020 in Brno. Photo: STYL 2019.

Brno, Feb 18 (BD) – The STYL Fashion Fair has been the top of the fashion market for the Czech, Slovak and Eastern European markets since 1993. Exhibitors from more than 15 countries offer and showcase new collections for retailers and buyers for the next season in individual industries, including classic fashion, leisure time fashion, children’s and maternity fashion, and under- and swimwear. The collections will also be regularly represented in the form of professional fashion shows by a collection of Czech and European fashion personalities and the coming generation of designers. As part of the rich accompanying program, retailers can view the offered collections four times a day at the big catwalk.

“At the moment, shortly before the fair, the exhibitors’ interest in participating in KABO exceeded our expectations. We have about 17 brand new exhibitors at KABO and 27 at STYL – mostly foreign companies, but some traditional Czech exhibitors have returned,” said project director Gabriela Císařová.

The STYL International Fashion Fair and the KABO International Footwear and Leatherwear Fair will fully occupy the most modern hall of the Brno Exhibition Center – Hall P.

“Visitors will have all the trendy collections in one place; they don’t have to move from one hall to another, which will be appreciated not only in winter, but certainly also on hot summer days,” explained Císařová. The layout of the exhibitors in the hall will be completely new, nothing of the old displays will be retained. At both of the fairs, the branch structure is also slightly modified. At STYL, there is a new division of women’s fashion, men’s fashion, denim and others. At KABO, the division of shoes and accessories has been simplified.

“There is more interest in the new KABO concept than we originally planned. Thanks to the change in concept, which included one common pavilion, we could also afford to accommodate exhibitors in terms of better pricing and other conditions for participation in the expo,” said Císařová.

The KABO Footwear Fair is the most prestigious trade show of the products of both Czech and foreign producers of footwear, leather goods and accessories in the Czech and Slovak Republics. Most global brands will be attending the fair through their domestic distributors.

“Welcome to Change: Circular fashion system – the future of the fashion industry”

One of the top themes of STYL and KABO will include “TRENDS 2020 or Welcome to Change,” which is meant to open up sensitive questions seeking new values ​​in the clothing industry after realizing its real impact on our planet, on which there will be a lecture by Ellen Haeser from the Netherlands. One of the workshops will focus on unique codes, and another one will look at the psychology of the customer versus the salesman: “Do You Know That Label Information Can Influence Consumer Behavior?”

The fashion industry and trade have faced increasing pressure in recent years – there has been an incremental increase in the production of clothing, that, in most cases, is not recycled, and leads to textile waste. Retail stores are overwhelmed with goods that are not being sold, which then turn into non-beneficial waste. There is a problem for retailers in general: selling clothes at full cost is becoming increasingly difficult due to discounts. Quality decreases, customers’ loyalty decreases, and their ability and willingness to care for clothes decreases.

Facebook Comments
https://www.brnodaily.com/2020/02/18/events-in-brno/interesting-lectures-workshops-and-fashion-shows-at-styl-and-kabo-international-fashion-fair-in-brno/https://www.brnodaily.com/wp-content/uploads/2020/02/STYL-KABO-2019-Photo-Credit-STYL-KABO-1024x683.jpghttps://www.brnodaily.com/wp-content/uploads/2020/02/STYL-KABO-2019-Photo-Credit-STYL-KABO-150x100.jpg2020-02-18T10:04:46+01:00Emanuele RuggieroEvents in BrnoLifestyleBrno,Czech Republic,Events in Brno,Lifestyle and FashionThe 55th STYL International Fashion Fair and the 55th KABO International Footwear and Leatherwear Fair will take place from 22 to 24 February 2020 in Brno. Photo: STYL 2019. Brno, Feb 18 (BD) - The STYL Fashion Fair has been the top of the fashion market for the Czech, Slovak...Emanuele Ruggiero Kinovision@Gmail.comAuthorFreelance Director, Producer, Journalist since 2001, Photographer, Cinematographer and Editor working for 28 years in the Show Biz.Brno Daily