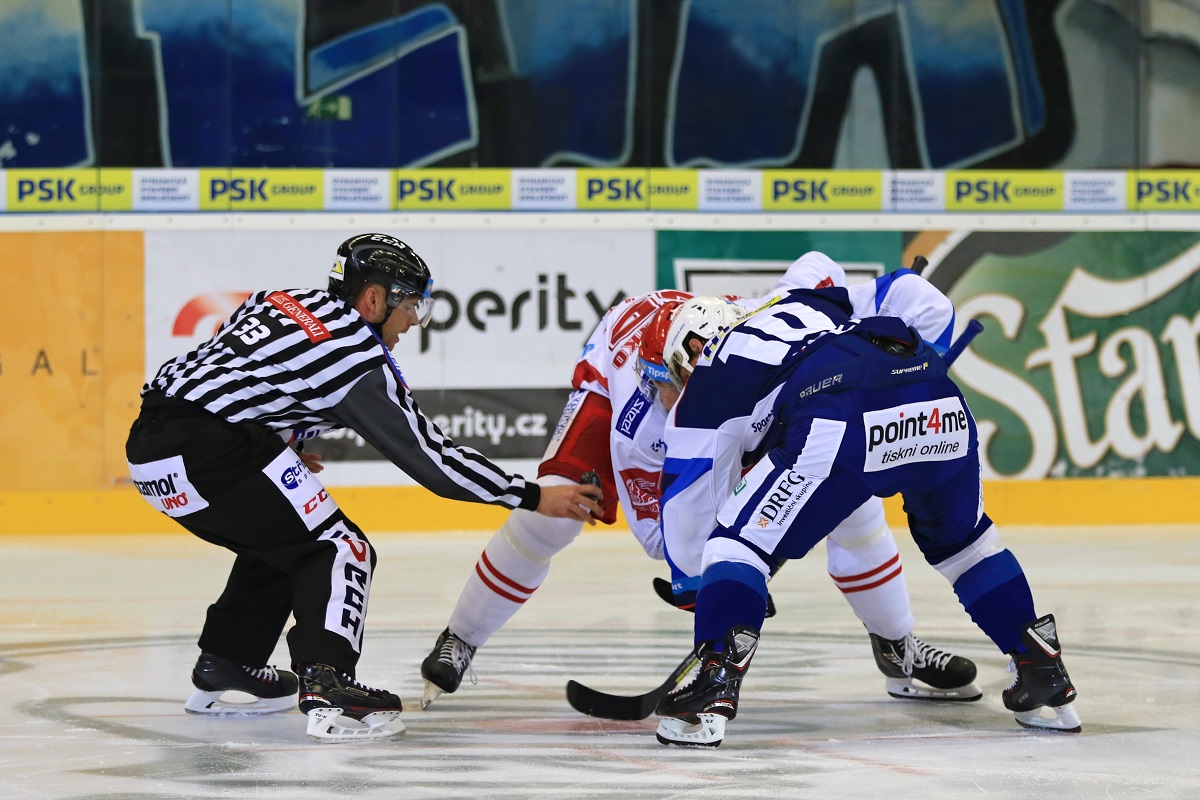 It is not so many seasons ago that HC Kometa was struggling in the second league of the Czech Republic. Yet, after the team lost to HC Vítkovice Ridera, 2-5, at home on Wednesday and then lost at HC Energie Karlovy Vary, 9-1, on Valentine’s Day, Libor Zábranský, the owner and head coach, took the extraordinary step of publicly apologizing for the state of the team. This is what was posted on the team website:

“To all Kometa fans, not only to those who have come to support us so far, but also to all of the club partners. The performance in the home game against Vítkovice was bad and today it was disastrous against Karlovy Vary. I will not make excuses for anything, neither for a bad day, nor for our unrealized chances. We were just bad today and such a result cannot be excused by anything. Unfortunately. For us there is no other option other than to apologize and to add a perfect performance on Tuesday at home with Hradec. None of us will try for anything else.”

So what happened on Tuesday against Mountfield Hradec Kralove? HC Kometa won, 2-1, in front of their home crowd and on national television.

After Hradec evened the game just before the first break, Tomáš Plekanec scored in the first minute of the second period. Then goaltender Mark Čiliak and the defense held the lead through the last 39 minutes of play.

“It was a challenging mental match, because we wanted to undo the trouble from Karlovy Vary,” HC Kometa assistant coach Kamil Pokorný said afterward. “There was a bit of a fear for the result, but we were able to bring the match to a victorious end by fighting and with outstanding performance of Mark Čiliak.”

The victory kept Brno in sixth place in the Tipsport extraliga with 73 points. There are six more games in the league season; then the postseason will start up. Kometa plays twice this weekend against Moravian rivals: at PSG Berani Zlin on Saturday at 3 p.m. and then at home against HC Olomouc on Sunday at 5 p.m. Then, of the remaining four games, Kometa has three home games.

The low point that prompted the mea culpa from Zábranský was in the aftermath of a brutal loss in Karlovy Vary, when the home team scored goals in the eighth, 10th and 11th minutes and then continued through the rest of the game. Brno finally got on the board in the 54th minute when Peter Mueller assisted Plekanec. The final score was the same as the previous meeting between the teams in Brno.

Both Local Teams Guaranteed Group A

The Renomia ŽBL is down to its final regular-season round and both third-place KP Brno and fourth-place Žabiny Brno are guaranteed to move on to Group A and guaranteed berths in the postseason.

ZVVZ USK Praha (17-0) will be the No. 1 seed in the playoffs. The next four teams will be in Group A and play home and away games against each other. Then, USK Praha, the Group A teams and the top three teams from Group B will then be sorted into quarterfinal series as part of the playoffs.

In international play, Žabiny Brno will host BC Pharmaserv Marburg (Germany) today at 6 p.m. in the CEWL. Both teams are guaranteed berths in the Final Four, which will be played in March at a site to be announced.

League-leading Šelmy Brno won twice last week and they have a significant lead in the Uniqua Extraliga Ženy standings.

The Šelmy swept Liberec, 0-3, in North Bohemia on Wednesday, then dropped their first set in seven matches when the beat Prostějov, 3-1, at home on Saturday.

There are three matches left in the season, including the next one on Feb. 29 at VK Královo Pole, which starts at 6:30 p.m.

Šelmy Brno have 64 points and an 11-point lead in the standings. Olomouc is second with 53 and Prostějov has 41.

VK Královo Pole is seventh with 22 points; they were swept in three sets by Olymp on Saturday.

Volejbal Brno travelled all the way to Ústí nad Labem on the other side of the county to get swept on Saturday.

ČEZ Karlovarsko is atop the men’s standings with 50 points and České Budějovice is second with 42. Volejbal Brno failed to keep pace with the top two but retained its third-place position with 36 points and a match in hand.

The next match is on the road at Ostrava on Feb. 22 at 5 p.m. The next home match will be against Odolena Voda on March 2. It will be shown on CT Sport.

The top women’s football league of the country restarts this weekend with local-team Lokomotiva Brno Horni Herspice at AC Sparta Praha on Sunday at 11 a.m.

Sparta is second in the league after the fall season with a record 9-0-2. Their only losses were to league-leader SK Slavia Praha (11-0-0).

The next home game for Lokomotiva will be on Feb. 29 against league-leader SK Slavia Praha at 2 p.m.

mmcité1 Basket Brno has won the first two games of Group A2 of the Kooperativa NBL. They are currently on a break until they start back up at GEOSAN Kolín on Leap Day Saturday, Feb. 29.

The next home game is against Kingspan Královští sokoli on March 4. Then there are two games a week through March and until the end of the Group A2 phase of the season.

Group A2 teams will play two home and two away games against each other. After 12 rounds, the bottom team will play the top two teams from the lower league for the right to stay among the elite clubs. The top three teams from Group A2 will play for the chance to enter the playoffs with pig-tail series from April 10 to 14. The main playoff bracket is from April 17 to May 30.

A connoisseur of the unpredictable and unscripted drama of sports.
View all posts by Bruno Zalubil →
« Video: Two Suspects Promptly Arrested Following Robbery Near Cejl
Stanislav Krecek, Zeman Ally and Former CSSD Parliamentarian, Appointed Ombudsman of the Czech Republic With Support From Far-Right »