The Czech Economy In 2020. Which Direction Is It Heading? 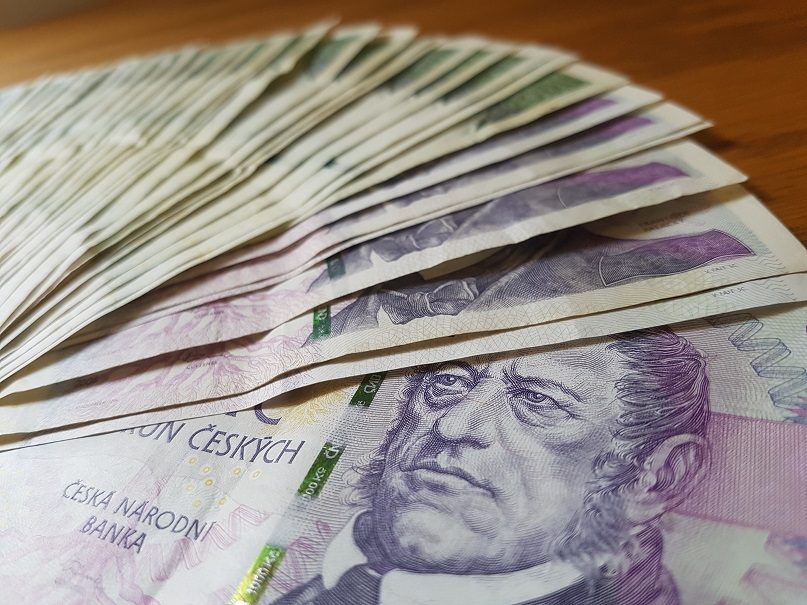 As reported last week, inflation is expected to exceed the Czech National Bank’s (CNB) tolerance zone over the coming months. This was one of the reasons the bank increased their interest rates this month. In addition, GDP growth is under 2%. Should we, therefore, be worried that the Czech economy is heading for troubled waters? Photo credit: CG / Brno Daily.

Brno, Feb 24 (BD) – The CNB quarterly inflation report (in CZ) indicates the bank’s thinking for the next 6 months. They expect foreign demand to pick up and bolster GDP which they expect to return to the long term average after a period of being below trend. Industrial production has been poor, with November and  December showing drops of above 3%. This is heavily influenced by the automotive sector, which itself has been hit by poor industrial performance in Germany, which has seen its Chinese markets hit.

The bank is expecting improvement, but it is unclear how the trade war with the USA and the coronavirus outbreak will impact the Chinese economy over the coming year. Domestic demand should improve with the growth in wages and government spending boosting spending. The forecast shows GDP for this year of 2.3% but hitting 3% in the early part of next year. Some forecasters are not so optimistic; for example, FocusEconomics analysts see growth of 2.2% in 2020, which is down 0.1 percentage points from their last month’s forecast, and 2.4% in 2021.

As a result of increasing economic activity, the employment situation will remain tight with both the numbers of employed and unemployed at around the current levels. Upward pressure on wages is expected to ease from the 7-8% increase of recent years to 6.3% this year. There have, however, been further increases in the minimum wage, which increased in January 2020 by CZK 1,250 to CZK 14,600, and other public sector wages, which are in the pipeline. So, there is still short-term inflationary pressure here, but by the end of the year this will have reduced.

The exchange rate forecast for the first quarter of 2020 is  25.3 CZK / EUR, which maintains it’s recent strengthening, and for this to keep reasonably stable until the end of the year. During 2021 it is expected to strengthen slightly to 25 CZK / EUR. This is supported by the continuing real convergence of the Czech economy with the rest of the EU. The ministry of Finance in its macroeconomic forecast emphasises the continuing maturity of the Czech economy and that ‘last year the Czech Republic caught up with Spain and, relative to the euro area, GDP per capita […] was 86%. However, comparative price level was probably equal to 69% of the euro area average; the same can be said of the purchasing power of earnings.’

The bank raised interest rates this month and their forecast shows they consider this to be the peak with a gradual fall later in the year (see: The Czech National Bank Announce Unexpected Rise In Interest Rates). This is consistent with the expected easing of inflationary pressures domestically and the continuation of a relaxed monetary policy in the euro area. The ministry of Finance forecast is broadly in the same territory but highlights the downside risks of increasing protectionism and the uncertainty of future trading relations between the EU and the UK.

So, overall the consensus seems to be that the economy is at or close to the bottom of this cycle and will pick up. However,  there is some disagreement about when. According to Pavel Sobíšek in E15, ‘the current development does not jeopardize the stability of the Czech economy. In short, we are experiencing one of the episodes that are common in a market economy.’

https://www.brnodaily.com/2020/02/24/news/business/the-czech-economy-in-2020-which-direction-is-it-heading/https://www.brnodaily.com/wp-content/uploads/2019/10/money-credit-CG-brno-Daily-1-e1635846506414.jpghttps://www.brnodaily.com/wp-content/uploads/2019/10/money-credit-CG-brno-Daily-1-150x112.jpg2020-02-24T09:06:11+01:00Charles du ParcBusinessCzech Republic / WorldBrno,Business,Czech Republic,EconomyAs reported last week, inflation is expected to exceed the Czech National Bank’s (CNB) tolerance zone over the coming months. This was one of the reasons the bank increased their interest rates this month. In addition, GDP growth is under 2%. Should we, therefore, be worried that the Czech...Charles du ParcCharles du Parcchaduparc@gmail.comAuthorCharles du Parc comes originally from London and worked there in fashion retailing for several years. Before coming to the Czech Republic in 2005, he ran his own delicatessen and café in a small town on the south coast of England. He has also served as a judge for the World Cheese Awards.Having fallen in love with Brno,he now regards it as home and works there as a freelance teacher, writer and translator.Brno Daily

Charles du Parc comes originally from London and worked there in fashion retailing for several years. Before coming to the Czech Republic in 2005, he ran his own delicatessen and café in a small town on the south coast of England. He has also served as a judge for the World Cheese Awards.Having fallen in love with Brno,he now regards it as home and works there as a freelance teacher, writer and translator.
View all posts by Charles du Parc →
« Czech ICT Sector Still Struggling With Large Number of Hard-To-Fill Vacancies
In Brief: 50 Kg WW2 Aerial Bomb Found In Kuřim »