Brno, March 18 (BD) — An extraordinary week that saw the steady tightening of restrictions of movement and the declaration of a State of Emergency in order to stop the spread of the coronavirus has also affected the escape from reality that many of us enjoy: All local sports leagues have cancelled their seasons, suspended their seasons or delayed the start of their seasons.

Hockey, Women’s Basketball and both Women’s Volleyball and Men’s Volleyball have cancelled their seasons. All were to have started the postseason this week.

• The Tipsport extraliga hockey league will not have a champion decided on the ice for the first time since 1945. HC Kometa finished the season in sixth place. Brno had drawn HC Sparta Praha for a best-of-seven quarterfinal series that was to have started on Monday.

• The Renomia ŽBL, the top women’s basketball league, announced the cancellation of its season last Friday. ZVVZ USK Praha finished atop the standings with an undefeated record. Sokol H. Králové (19-4) was second. KP Brno (17-6) was third and Žabiny Brno (15-8) was fourth. The postseason was to have started this week.

“Of course we are not happy with the overall situation, but we are convinced that the decision to end the competition is the best possible solution to the current situation, said Daniel Kurucz, the head of the ŽBL.

International tournaments were also cancelled, including this weekend’s EWBL 2020 Final Four, which was to be hosted by Žabiny Brno.

• The Uniqua Extraliga Žen, the women’s volleyball league, announced on Monday that the season was been completed without a champion. VK Brno finished the regular season atop the standings with 73 points. They had a six-point lead over Olomouc (67) and even more over Olymp (49), Prostějov (48), Ostrava (44) and Liberec (44). Last week was to have been the start of a best-of-five quarterfinal series with crosstown rival VK Královo Pole, which finished the regular season in eighth with 25 points.

• The UNIQA Extraliga Muži, the men’s volleyball league, was also cancelled. No champion will be declared. Volejbal Brno finished third in the league standings. They had only one game left in the regular season. The postseason was to have started this week.

Men’s Basketball, Men’s Football and Women’s Football have suspended their seasons and hope to continue when it is allowed. Baseball has postponed the start of the season.

• The Kooperativa NBL, the top men’s basketball league, has been suspended and is holding out hope that the season can resume. mmcité1 Basket Brno (8-19) had won five games in a row and is atop the Group A2 standings.

• The 1.liga žen, the top women’s league, has been suspended for the duration of the State of Emergency. Lokomotiva Brno-Horni Herspice (3-2-8, 11 points) is fifth in the standings.

• The Baseball extraliga was to have started the season at the beginning of April. The games have delayed at least a week.

World sports have also be curtailed. In the United States, the NBA, the NHL and Major League Baseball have all suspended play indefinitely. Marque events of the spring, like the Masters Golf Tournament and the Kentucky Debry, have been postponed.

The Champions League and the Europa League have been curtailed.

Euro2020, which was to be played in 12 different European cities from June 12, was postponed a year.

And the Tokyo Olympics in Japan, which is scheduled to start on July 24, is in doubt. The symbolic Olympic torch was ceremonially lit on Thursday; the next day, Greece ended the relay out of concern for the spreading coronavirus.

No sports are scheduled for the foreseeable future.

Facebook Comments
https://www.brnodaily.com/2020/03/18/sport/brno-sports-weekly-report-coronavirus-prematurely-ends-hockey-womens-hoops-volleyball-seasons/2020-03-18T09:19:55+01:00Bruno ZalubilSportBrno,SportHockey, Women’s Basketball and both Women’s Volleyball and Men’s Volleyball have closed down without a postseason because of the State of Emergency connected to the coronavirus. Men’s Basketball and Men’s and Women’s Football leagues are suspended. Photo credit: ŽBL. Brno, March 18 (BD) — An extraordinary week that saw the steady...Bruno ZalubilBruno Zalubilbzalubil@hotmail.comAuthorA connoisseur of the unpredictable and unscripted drama of sports.Brno Daily 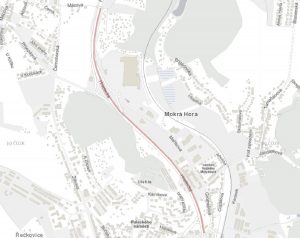 A connoisseur of the unpredictable and unscripted drama of sports.
View all posts by Bruno Zalubil →
« City of Brno Accepting Face-Masks and Offers of Assistance From The Public
In Brief: Man Found Lying In The Street in Brno-Styrice After Breaking Quarantine »