“What Happened Here Should Be A Lesson”: Voices From Europe’s Coronavirus Ground Zero 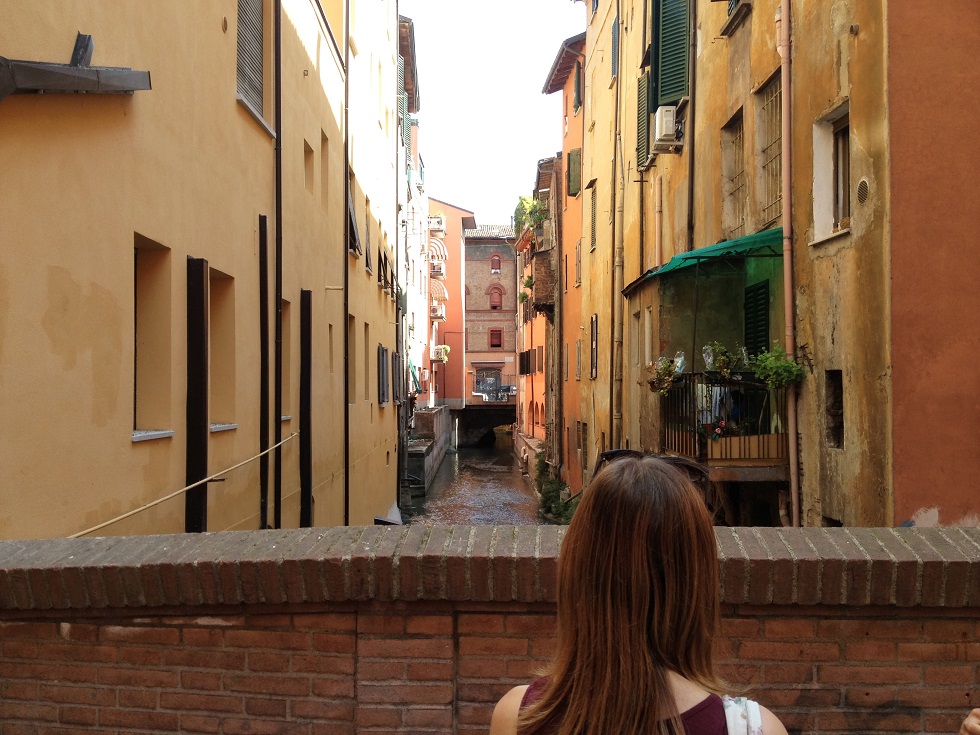 Italy was the first country in Europe to feel the full force of the coronavirus pandemic, and has recorded more deaths than any other European country. Brno Daily spoke to Italian citizens in Brno and in Italy about how the pandemic played out, what it means for the country’s future, and what lessons other countries can take from Italy’s experience… Title photo: Bologna / Credit: Brno Daily.

Brno / Bologna, Apr 19 (BD) – Italy was the European ground zero for the coronavirus pandemic, the first country to experience an outbreak on the scale of Hubei Province, China, where the pandemic originated. Other European countries looked on in shock on March 8th-9th as the whole of Italy was placed under strict quarantine by Prime Minister Giuseppe Conte’s government. These measures were unprecedented in Italy, and at the time seemed unimaginable in modern Europe, though most European countries have since found themselves in a similar situation.

In this sense, Italy has been the victim of misfortune; while the Italian government was making decisions with only China as an example, with its very different political and social context, other countries were able to use Italy as a model, both in terms of the steps taken to fight the outbreak, and to convince their populations that the threat was serious. In Italy, which has strongly independent regions with a lot of autonomy, stricter measures were brought in area by area. Lombardy emerged as the hotspot early on, with a cluster of 16 cases discovered on February 21st. From that moment, authorities began testing widely, on all patients with lung difficulties, and found the problem escalating.

Stefano, a business owner from Bologna, in Emilia Romana, the second worst hit region after Lombardy, remembers an initial lack of concern: “At first, with all the news about the virus and the measures that were taken to control the spread, people were very sceptical. They didn’t believe the news, they didn’t believe the virus was actually that serious. They thought it was just a cold, something like the flu.”

His partner Anna, a jurist, agreed: “Let’s say before March 9th, most people were not taking it too seriously. Ok, only older people are at risk, and people with some kind of previous medical complications, so we don’t have to worry that much. But after March 9th, when we started finding 300 cases every day, then we started worrying, then we were scared. It felt really serious all of a sudden.” However, she added that the government’s bold actions helped: “At the same time we felt kind of safe, because we saw that the authorities were taking it seriously, taking precautions, and we felt secure because we trusted the numbers, and we felt informed. The numbers were awful, but we believed that they were real, because there was enough testing.”

Both Stefano and Anna said that the government has emerged well from the crisis in their eyes. Stefano said that the Conte government, a technocratic government agreed by political parties, rather than elected by voters, seemed to be making the right decisions in the country’s interest. According to Anna: “I admired the fact that the government’s first response was to increase resources for the medical system, they increased staff numbers and equipment at hospitals, searched for unused wings in hospitals that could be used for patients, and took every decision after discussing with the science and medical experts first.” But Stefano added that this perspective is not necessarily shared throughout Italy; in the south of Italy, which has had far fewer confirmed cases of Covid-19, but has more people living in poverty, the lockdown has met with much louder complaints and even protests.

“So since I’m worrying about my grandmother, why shouldn’t I worry about other people, other grandmothers?”

Another sign of the rapidly-evolving situation was the position of Italy’s business community, said Anna: “At first, many companies in the north were complaining about the lockdown because of the economic harm – they had to stop all production of machinery, cars and so on, so the Ferrari, Lamborghini factories, they all had to close. But now, thanks to the government, they have been able to adapt their production lines to supply medical equipment, and are doing what they can to help hospitals and the people.”

Marco, an Italian graphic designer who lives in Brno, was complimentary about the government response in both his home country and his adopted Czech homeland. Both countries issued lockdowns that closed restaurants, pubs, schools and borders, and kept people at home except for emergencies. “The main difference is that Italy had no clue what was going on, because the only information we had was from China. The Czech Republic had the big advantage of seeing how the Italian government’s response was affecting the spread of the virus, and how many needed intensive care. So I think both countries took the right decisions, their procedures were on point. Of course, the Czech Republic is doing better number wise because they took it from the very beginning.” The lockdown measures came into effect in the Czech Republic almost a week before the first Covid-19 death was recorded. In Italy, 366 people had already died when the lockdown was introduced.

“The Italian government has announced EUR 400 billion in support for struggling industries, almost half the state’s total annual budget.”

When comparing national responses, Anna said that the most important thing was learning from best practice, rather than treating it as a competition: “What happened to Italy should be a lesson to other countries, they should be taking it as a starting point, a measure. As much as the WHO credited Italy for the measures we took, from a political point of view, governments should not think of this as a race, a contest to see who’s doing better, but should be working together in order to resolve the situation as soon as possible.”

One key unknown of these unprecedented times is the potential impact the lockdown will have on normal people and their behaviour. For Stefano, despite all the inevitable psychological hardship of staying at home – “Italian apartments are not actually that big. Anna and I live in a 50m sq. apartment, and as it gets warmer, it’s getting more and more uncomfortable.”  – and the valid concerns about money and employment, he can also feel positive changes: “I feel changed, psychologically. I care more about people now, because I’m worried about my grandmother, I’m worried about people who are not so well. So since I’m worrying about my grandmother, why shouldn’t I worry about other people, other grandmothers?”

Stefano added that he can see signs of this positive change in society generally: “I can see that people are changing. Altruism is growing, so people are actually caring about other people. They know the virus is more dangerous for the sick, and those with a weak immune system. So even if they are allowed to walk their dogs for 10 minutes a day, many people are not, they are trying hard to stay at home as much as they can, because they want to protect those weaker than them. That is something that never happened before in Italy, it’s totally different, and it’s only because of the extent of this pandemic, the huge numbers affected. I hope that when this is all over, people stick to these kinds of thoughts, caring and worrying about others.”

Despite the severe damage of the outbreak on the Italian economy and public health, the rates of new confirmed cases and deaths are both now falling, so as elsewhere, thoughts are turning to the aftermath. The protests in Southern Italy may be a first sign of the trials that await many countries when it’s time to deal with the economic fallout. The Italian government has announced EUR 400 billion in support for struggling industries, almost half the state’s total annual budget. “So no-one can say the government is not trying to help..” said Anna. “I just feel like it’s not going to be enough for the future. The global economy won’t be able to recover until the whole world is back to normal, and because ours is a massive export economy, it means the Italian economy won’t recover either.”

“The dream is to go back to ‘pseudo-normality’.”

In Anna’s view, this does not bode well for the future of a country that was already facing a dangerous economic crisis, having never fully recovered from the financial crisis of 2008: “That’s why I’m worried about the future, and imagining really hard times for people like us, in their 30s. Our generation already has a lot of difficulty starting a family. It’s not easy to have kids and an apartment and everything. The economy was not doing very well before, and I think it will be really difficult to get it back on track like before. It will take a long time for people to return to their normal daily routines, and the economic situation will have a negative impact on all the social aspects of life.”

These are problems for tomorrow, however. At the moment, Italy remains in quarantine, and the immediate priority is when and how that might end. For Stefano and Anna, the dream is to go back to “pseudo-normality”: “We hope we can get out of our place as soon as possible, even with precautions! Hopefully in two months we can go in the street, go shopping, maybe to the park with masks and gloves. And we hope that in a year, maybe there will be a cure for the virus. That’s what we’re hoping for: two months to go out, and one year to be sure that the virus is gone!”

https://www.brnodaily.com/2020/04/19/lifestyle/what-happened-here-should-be-a-lesson-voices-from-europes-coronavirus-ground-zero/https://www.brnodaily.com/wp-content/uploads/2020/04/bologna-credit-kk.jpghttps://www.brnodaily.com/wp-content/uploads/2020/04/bologna-credit-kk-150x113.jpg2020-04-19T15:04:08+02:00Jack StephensBD MagazineCoronavirus,Czech Republic,EU,Lifestyle and Fashion,OpinionItaly was the first country in Europe to feel the full force of the coronavirus pandemic, and has recorded more deaths than any other European country. Brno Daily spoke to Italian citizens in Brno and in Italy about how the pandemic played out, what it means for the country’s...Jack Stephens jack.stephens50@gmail.comAuthorA writer and English teacher originally from London who has lived in Brno since 2011, interested in politics, low culture, and all things strange and/or Czech.Brno Daily

A writer and English teacher originally from London who has lived in Brno since 2011, interested in politics, low culture, and all things strange and/or Czech.
View all posts by Jack Stephens →
« Brno Municipal Offices Expand Opening Hours; Special Arrangements Remain In Place
Businesses Continue To Struggle Despite Government Claims Of Offering Help »