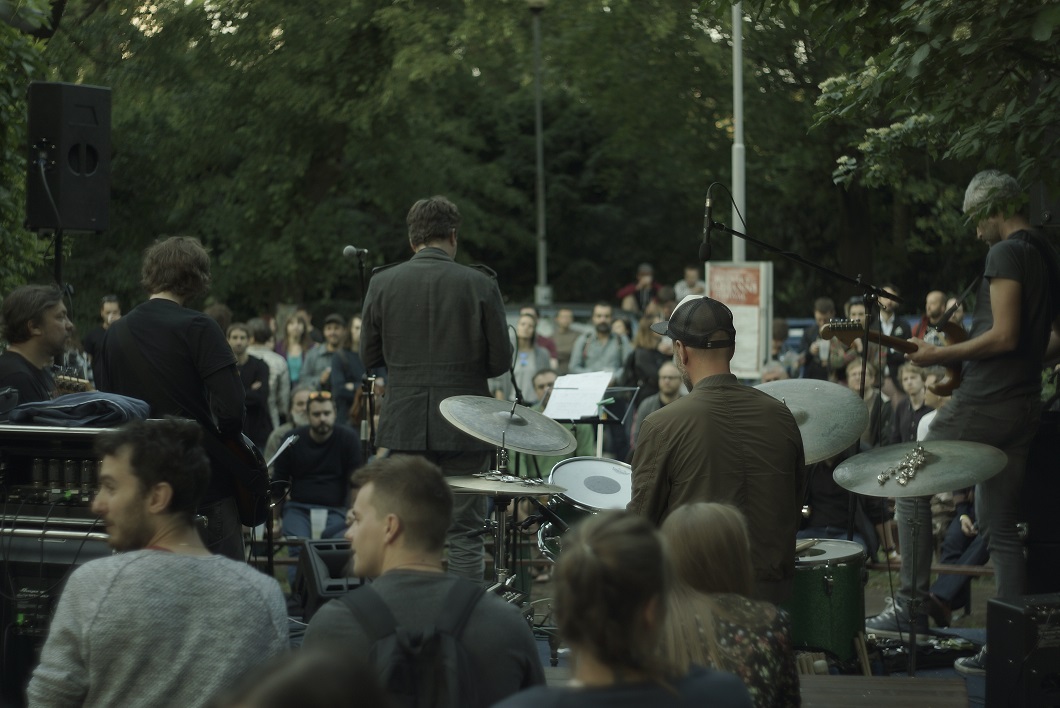 An event like last year’s PonavaFest, which was attended by 4,000 people, is no longer possible in the age of coronavirus, so the festival is being reimagined as a series of smaller concerts, which will take place between May and August. Photo: Courtesy of PonavaFest.

Brno, May 20 (BD) – Most of this summer’s large cultural events have been cancelled due to the exceptional circumstances of the coronavirus pandemic, but PonavaFest, the largest annual music festival in Brno city centre, will keep the spirit alive with a series of smaller free concerts in Luzanky Park this summer, using only one of the five stages originally planned.

According to festival director Vit Kalvoda: “We decided to keep the originally scheduled date of PonavaFest in spite of the quarantine. The basic thing is that we believe music is one of the things that makes people happy and brings the city to life. So even though it’s not convenient and the festival in this form might have few visitors considering its demanding production, we decided to just do it anyway.”

The festival, in its fifth year this year, will kick off this weekend (May 23-24) with “Eine kleine Nachtmusik”, an after-dark showcase of experimental sound art incorporating the birdsong of the park. The concert will take place between 10pm and 5am on the field outside Ponava restaurant; a series of experimental sound artists will take the stage, and the audience will listen on borrowed headphones or via live streaming, allowing them to spread around the park to ensure safe social distancing.

Kalvoda explained the thinking behind the reimagined festival: “We were ready to stage these performances in any conditions, in a corona-proof form. In the most zero-contact scenario, people could just walk in the park with their own headphones, listening to what other people, walking with microphones and laptops, were producing.”

Saturday’s show will begin at 10pm with minimalist musical meditations by Irena and Vojtěch Havel on ancient viola da gamba and piano, followed by experimental free jazz duo Palagrachio at 11.55pm. At 1.30am, industrial noise artists Eine Stunde Merzbauten, from Most, will present their “acoustic electronics”.

From 3am, Tomáš Vtípil, artist and composer of film and stage music, will create a sound project especially for PonavaFest 2020, working with the voices and sounds of birds to create a sound landscape of Lužánky by night, in the form of an intense “deep listening” event.

Admission is free, but there is a charge of CZK 200 to borrow headphones, plus a CZK 500 deposit. Headphones should be booked in advance via the festival website. The whole concert will also be streamed online on the website stream.ponava.cafe.

A further four concerts are planned in the series, which according to Kalvoda will be more conventional live music events.

The event takes place under the auspices of Deputy Mayor Tomáš Koláčný (Piráti) and with the financial support of the Czech Ministry of Culture and the City of Brno.

https://www.brnodaily.com/2020/05/20/events-in-brno/luzanky-parks-ponavafest-to-return-as-a-series-of-smaller-concerts-from-may-to-august/https://www.brnodaily.com/wp-content/uploads/2020/05/PonavaFest-Photo-Courtesy-of-PonavaFest-1-1024x684.jpghttps://www.brnodaily.com/wp-content/uploads/2020/05/PonavaFest-Photo-Courtesy-of-PonavaFest-1-150x100.jpg2020-05-22T08:30:49+02:00Jack StephensArt & CultureEvents in BrnoBrno,Concert,English-friendly,Events in Brno,FestivalAn event like last year’s PonavaFest, which was attended by 4,000 people, is no longer possible in the age of coronavirus, so the festival is being reimagined as a series of smaller concerts, which will take place between May and August. Photo: Courtesy of PonavaFest.Brno, May 20 (BD) -...Jack Stephens jack.stephens50@gmail.comAuthorA writer and English teacher originally from London who has lived in Brno since 2011, interested in politics, low culture, and all things strange and/or Czech.Brno Daily

A writer and English teacher originally from London who has lived in Brno since 2011, interested in politics, low culture, and all things strange and/or Czech.
View all posts by Jack Stephens →
« Brno Sports Weekly Report — Opening Night Brings Big Matchup: Arrows X Draci
City Data Report 2020 Sheds Light On The Lives of Brno Citizens and Expats »