Storms and Floods Swept Across the Czech Republic This Weekend, With No Injuries Recorded 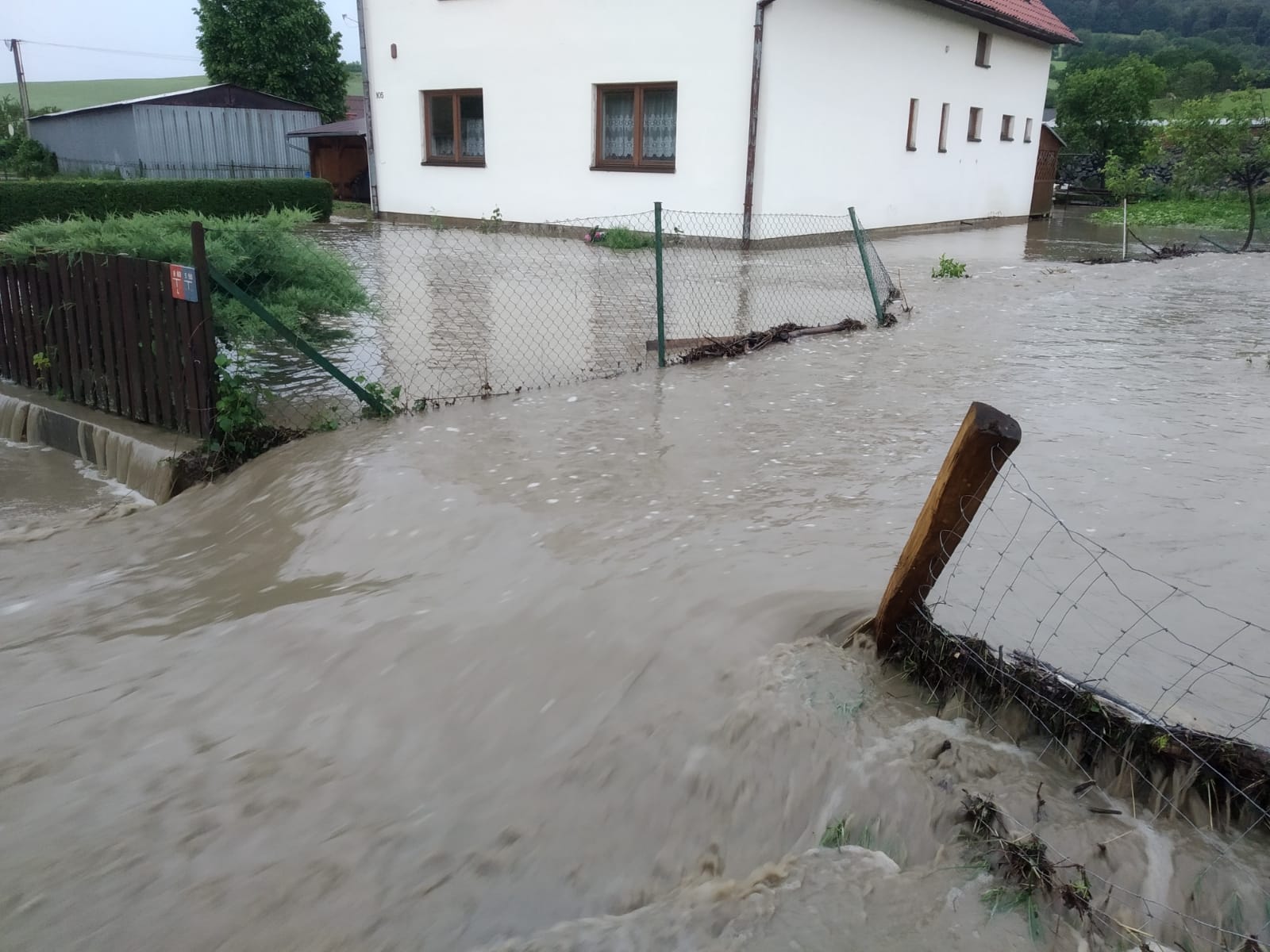 On Saturday, the Czech Republic was hit by heavy storms followed by floods. Firefighters were called out across the country to deal mostly with fallen trees, in some cases evacuating citizens and pumping water out of buildings. No injuries were recorded in South Moravia. Photo credit: HZS CR.

Brno, Jun 15 (BD) – Over the weekend, the Czech Republic was hit with strong storms and flooding. South Moravia, Zlin and Pardubice were among the heaviest hit regions, according to the National Fire Department. On Saturday night, the South Moravian Fire Department reported that no injuries had been recorded in South Moravia relating to the storms. The storms came a week after the south and east of the country were hit by torrential rain.

In South Moravia, fire response units attended 83 incidents related to the storms between 5.45pm and 9.45pm. In most cases, the call-outs were to remove fallen trees. The Brno region saw the most incidents, with 26 call-outs in the city, and 29 in the region. Across the entire country, a total of 600 units were dispatched from 12pm until midnight. Other interventions included draining water from cellars, garages and houses.

By Saturday night, the South Moravian Fire Department declared the situation calm, and reported no further units being sent to resolve incidents.

In the Vysocina region, 11 people had to be evacuated from two houses as a precaution, due to a tree that was at risk of falling. The evacuated residents were provided with alternative accommodation.

In the Zlin region, the Fire and Rescue service borrowed heavy equipment from the neighbouring Trencin Fire and Rescue Department in Slovakia to support their response. An excavator was used to remove mud deposits and rescue sunken cars.

Currently, rescue units from the National Fire and Rescue Service are still deployed in the Olomouc region to help manage the aftermath of torrential rain that fell on June 7th-8th, pumping water from buildings, removing obstacles from riverbeds, and assisting with other water-related incidents.

Aside from the damage caused by the storms, many people in certain regions have been left without water, as the storms led to flooding, which contaminated wells with mud deposits. In some municipalities, residents are dependent on these wells while water supply systems are still being built.

In response to the flash floods, Coca-Cola HBC dispatched several shipments of Natura water and other drinks to the affected areas that are without water. One such shipment saw 630 packs of drinks delivered to Sumvald and Unicov in the Olomouc region.

https://www.brnodaily.com/2020/06/15/news/storms-and-floods-swept-across-the-czech-republic-this-weekend-with-no-injuries-recorded/https://www.brnodaily.com/wp-content/uploads/2020/06/storm-and-flood-firefighter-credit-HZS-CR-7-1024x768.jpghttps://www.brnodaily.com/wp-content/uploads/2020/06/storm-and-flood-firefighter-credit-HZS-CR-7-150x113.jpg2020-06-15T12:26:38+02:00Tessa AdamsonCzech Republic / WorldCzech Republic,News,weatherOn Saturday, the Czech Republic was hit by heavy storms followed by floods. Firefighters were called out across the country to deal mostly with fallen trees, in some cases evacuating citizens and pumping water out of buildings. No injuries were recorded in South Moravia. Photo credit: HZS CR.Brno, Jun...Tessa Adamson T.M.Adamson@hotmail.comAuthorExpat student from the Netherlands, passionate about writing, travelling, languages and politics.Brno Daily

Expat student from the Netherlands, passionate about writing, travelling, languages and politics.
View all posts by Tessa Adamson →
« Free Use of Shared Bikes To and From Avion Shopping Park Until Mid-July
Local Ph.D. Student Publishes Academic Article, Wins BSSWC »