In Brief: Uber to Return to Brno 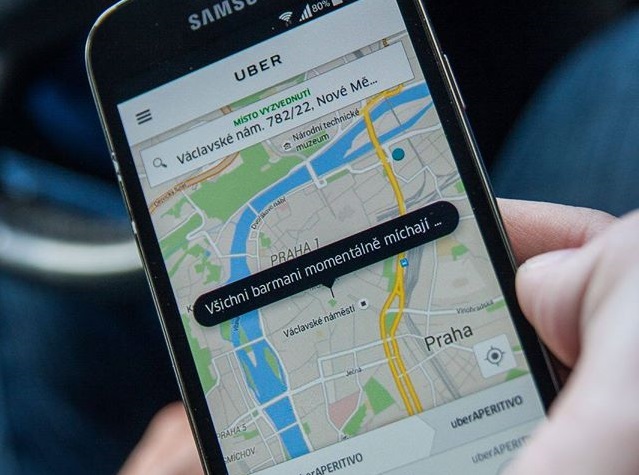 With recent amendments to the road law, the alternative taxi service can now legally operate in the city, and should be up and running by the end of the month. Photo credit: Uber CZ/SK via Facebook.

Brno, Jul 23 (BD) – On Thursday, July 23rd, Brno City Representative David Pokorny announced on Facebook that Uber would be returning to Brno by the end of the month. He explained that a recent amendment to the Road Transport Act legalized the use of mobile apps to order cars, and ended the requirement for all taxi rides to be registered via a meter, which together will allow Uber to return.

“In recent weeks, I have had negotiations with representatives of Uber, on the basis of which the company decided to return to Brno with its services at the end of July this year. They have been informed of the changes and we believe that the company will operate its services within the given limits,” said Petr Kratochvil, Brno Councilor for Transport (ODS).

In April last year, Mayor Marketa Vankova (ODS) stated that efforts would be made to allow Uber into Brno again, after the company’s operations had been suspended by law for around three months. Amendments to the law, which were approved by deputies in April and have now finally passed, were received negatively by taxi drivers and some residents.

According to Brnensky Denik, some were worried about confusion between classic taxis services and those driving for Uber, some argued that Uber would need to be monitored and regulated by the municipality, especially on prices, and others were more worried about the legality of the service and training of Uber drivers, with one critical resident describing Uber as “a business without a license.”

Pokorny added that hygiene measures would be in force to ensure the safety of drivers and passengers with regard to Covid-19.

The details of the new regulations and other information on Uber’s return have not yet been made public.

https://www.brnodaily.com/2020/07/23/brno/in-brief-uber-to-return-to-brno/https://www.brnodaily.com/wp-content/uploads/2020/07/ubercz-credit-ubercz-sk.jpghttps://www.brnodaily.com/wp-content/uploads/2020/07/ubercz-credit-ubercz-sk-150x112.jpg2020-07-23T15:14:54+02:00Tessa AdamsonBrnoNewsBrno,News,TransportWith recent amendments to the road law, the alternative taxi service can now legally operate in the city, and should be up and running by the end of the month. Photo credit: Uber CZ/SK via Facebook.Brno, Jul 23 (BD) - On Thursday, July 23rd, Brno City Representative David Pokorny...Tessa Adamson T.M.Adamson@hotmail.comAuthorExpat student from the Netherlands, passionate about writing, travelling, languages and politics.Brno Daily

Expat student from the Netherlands, passionate about writing, travelling, languages and politics.
View all posts by Tessa Adamson →
« Review: Vlastníci [“Owners”] – The Czech Republic, Through a Mirror, Darkly
Major Reconstruction Work on Lesnická in Brno-Černá Pole Scheduled To Begin in January »