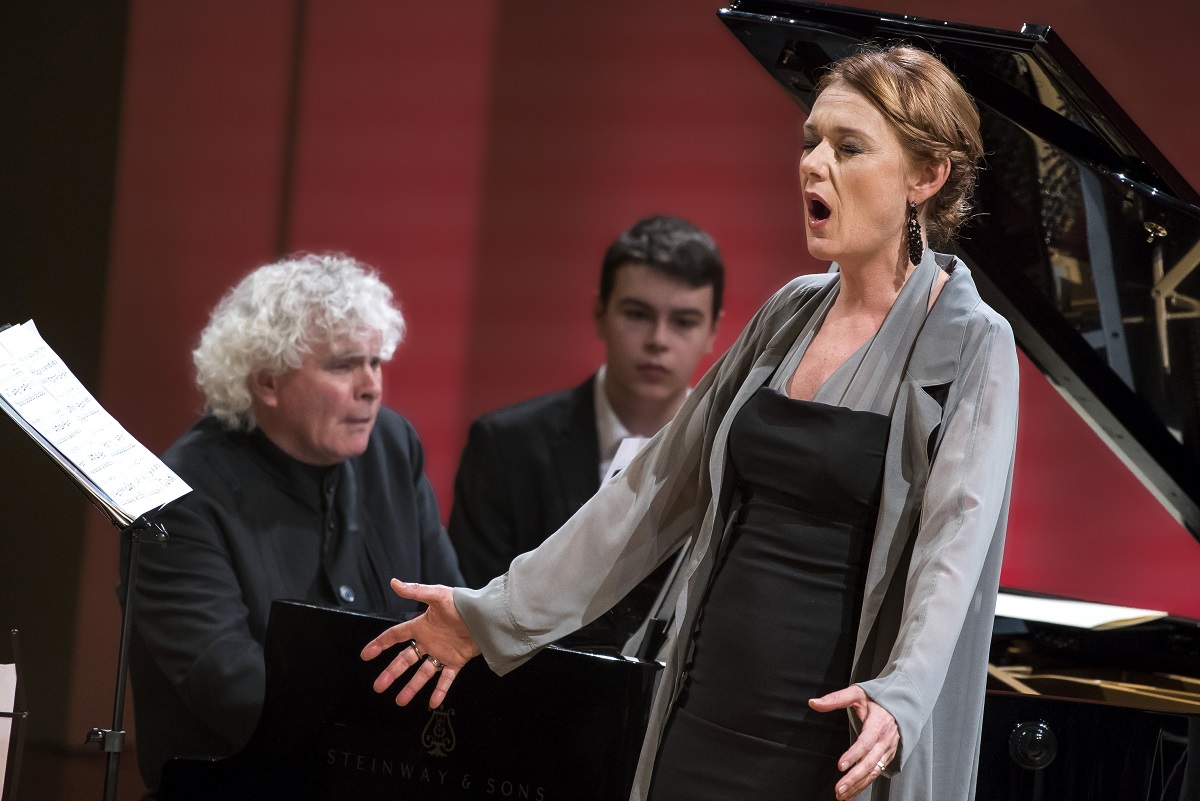 Aspiring to be the Czech musical event of the year, the concert marks the first time that Kožená and Rattle have played together in Brno, and is taking place as part of the Brno Music Marathon festival. Photo source: Archiv TIC Brno.

Brno, Aug 5 (BD) – One of the most remarkable musical events of the year is coming to the exclusive surroundings of Villa Tugendhat. On Thursday, August 13th, the singer Magdalena Kožená and her husband, the world-famous conductor Sir Simon Rattle, will perform together in Brno for the first time as part of the Brno Music Marathon Festival. The concert will be a song recital, consisting exclusively of compositions by Czech authors, with Rattle accompanying Kožená on piano.

The program of the concert, which aspires to the musical event of the year in the Czech Republic, was chosen together by Kožená and Rattle exclusively for the Brno performance, and will not be repeated anywhere in this form. It will be an intimate evening featuring works closest to the hearts of both performers, including songs by Antonín Dvořák, Bohuslav Martinů, Ervín Schulhoff and Petr Eben, concluding with a selection of songs by Leoš Janáček.

For Kožená, the setting for the concert is rich with meaning: “The atmosphere of a home concert in the unique environment of Villa Tugendhat, which is also taking place in my hometown, charges the whole performance with strong emotions. I included in the program songs that accompanied me while studying at the conservatory, and many of them include folk melodies or lyrics. I have the most intimate relationship with them, because they not only reflect the enormous wealth of folk creativity of our region, of which I am rightly proud, but they also remind me of the happy moments of my childhood and youth.”

The Brno Music Marathon is the first festival that has managed to bring Magdalena Kožená and Sir Simon Rattle to Brno at the same time. The co-organisers of the concert are Brno: UNESCO City of Music, the Concentus Moraviae festival and Villa Tugendhat. The performance will underline Brno’s status as a creative UNESCO city of music, and with its imaginative dramaturgy will also form part of the Concentus Moraviae festival. Kino Scala, Aerofilms and the American company PARMA Recordings are also collaborating on the project, allowing the concert to be broadcast live from 9pm in the courtyard of the Governor’s Palace in the Scala summer cinema, at other selected cinemas, and to thousands of listeners in the Czech Republic and abroad via Facebook. Tickets for Villa Tugendhat will be on sale on GoOut.

The evening will be accompanied by David Mareček, General Director of the Czech Philharmonic: “It will be a gift that my native Brno has long deserved. It is as if we find ourselves at a private tasting of the best wines in the world. Just instead of wine, we will taste the music presented by two masters of their field in the unique environment of Villa Tugendhat.”

Brno Mayor Markéta Vaňková added: “Architecture and music are probably the art forms most connected with Brno, so connecting them dramaturgically through the Brno Music Marathon is a logical outcome. It is difficult to imagine in advance what could happen when the exclusive space of the villa resonates with tones performed by such exclusive performers. One usually stores such experiences in the soul and does not even try to name them, just like you don’t stroke butterfly wings.”

https://www.brnodaily.com/2020/08/05/culture/magdalena-kozena-and-simon-rattle-to-perform-unique-concert-at-villa-tugendhat/https://www.brnodaily.com/wp-content/uploads/2020/08/magdalena-kozena-simon-rattle-na-koncerte-credit-archiv-tic-brno-1024x684.jpghttps://www.brnodaily.com/wp-content/uploads/2020/08/magdalena-kozena-simon-rattle-na-koncerte-credit-archiv-tic-brno-150x100.jpg2020-08-05T09:24:16+02:00Jack StephensArt & CultureBrno,Concert,Culture,Music,NewsAspiring to be the Czech musical event of the year, the concert marks the first time that Kožená and Rattle have played together in Brno, and is taking place as part of the Brno Music Marathon festival. Photo source: Archiv TIC Brno.Brno, Aug 5 (BD) - One of the most...Jack Stephens jack.stephens50@gmail.comAuthorA writer and English teacher originally from London who has lived in Brno since 2011, interested in politics, low culture, and all things strange and/or Czech.Brno Daily

A writer and English teacher originally from London who has lived in Brno since 2011, interested in politics, low culture, and all things strange and/or Czech.
View all posts by Jack Stephens →
« In Brief: False Bomb Alert Disrupts Public Transport
Brno Sports Weekly Report — MotoGP Will Still Roar, Just Not with On-site Fans »