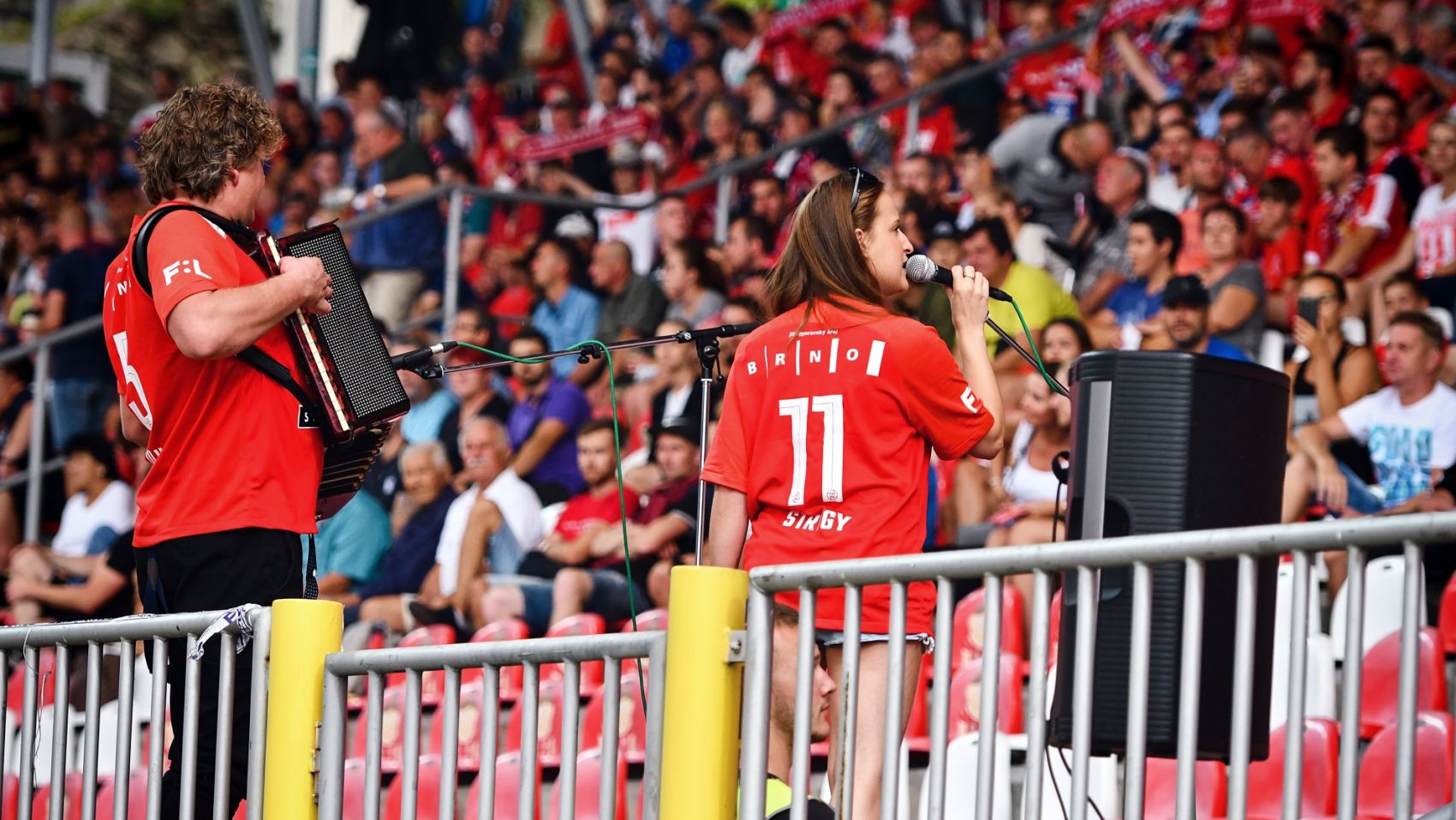 After a poor first half, a slightly better second half and a week of preparation, FC Zbrojovka will try to recover from its 1-4 loss to Sparta Praha in order to host Bohemians 1905 on Sunday.

Hopefully, they will be ready for the increased speed and talent of the Fortuna Liga. The first game back in the top league, particularly the first half, clearly showed that Zbrojovka needs to get accustomed to the higher level of play.

Sparta immediately threw cold water on the return-to-the-top-league celebration, scoring in the fourth and 11th minutes to take control of the game. Then Bořek Dočkal, a midfielder on the Czech national team player, got a brace with goals in the 30th and 35th minutes.

Some personnel changes and other adjustments enabled Zbrojovka to be more competitive during the second half. In the 59th minute, Peter Štepanovský put Brno on the scoreboard.

Aneta Malatová equalized quickly after the first SK Slavia Praha goal last Saturday, but Lokomotiva Brno Horni Herspice could not keep up with the defending champions and lost, 1-5.

This Saturday, Horni Herspice will host the other top team from last year when AC Sparta Praha comes to town for an 11 a.m. start.

The game will actually be played in Hrušovany u Brna, because of ongoing construction at the Horni Herspice facility.

This weekend, the Brno teams have the same matchups in different locations: The Alligators (0-2) will host the Ostrava Steelers (1-1) at Ragby Bystrc on Saturday at 3 p.m. and the Sígrs (2-0) will travel to Přerov (1-1) for a 2 p.m. game on Sunday.

The Přerov Mammoths — who beat the Steelers, 25-22, in the first week of the season — were unable to score against the stout Sígrs defense. Sígrs quarterback Douglas Webster threw three touchdown passes in the first half: 57 yards to Jakub Čudovský, 30 yards to Jan Hampl and 15 yards to Igor Mašlanka. The game was suspended at halftime because of a heavy downpour.

The Alligators (0-2) played tough early but Ostrava broke the scoreless deadlock by sacking Tomáš Fortelný midway through the second quarter. Ostrava quickly followed that with a touchdown and never looked back.

David Kilian scored a 1-yard touchdown in the fourth quarter for the Alligators’ only score.

Draci Brno (13-2) earned the top seed for the Czech extraliga baseball postseason by an impressive four games over second-place Kotlářka Praha (9-6), with third-place Arrows Ostrava (7-8) and Eagles Praha (6-9) unable to even reach the .500 mark during the Top Six phase of the regular season.

Cardion Hroši Brno (6-9) and Tempo Praha (4-11) failed to qualify for the postseason.

The semifinals will be held in the first weekend of September. Brno starts the best-of-three series at home against Eagles Praha on Friday, Sept. 4; the game starts at 7 p.m. The series moves to Prague on Saturday, Sept. 5 with a 6 p.m. start. If necessary, Game 3 will be in South Brno on Sunday, Sept. 6 at 4 p.m.

The Brno CC Rangers beat host Prague Spartans CC Vanguards by 10 wickets on Saturday and the team is in second place in the Division One standings.

Prague CC Kings is undefeated in five matches. The Rangers are 4-2.

The Brno CC Raiders lost to the Prague Spartans CC Vanguards on Saturday; they have yet to win in five matches this season.

Both Division One Brno teams have a break until Saturday, Sept. 12.

A connoisseur of the unpredictable and unscripted drama of sports.
View all posts by Bruno Zalubil →
« Liechtenstein Takes Czech Republic to Court Over Historic Property Claims
President Zeman Undergoes Surgery For Broken Arm »