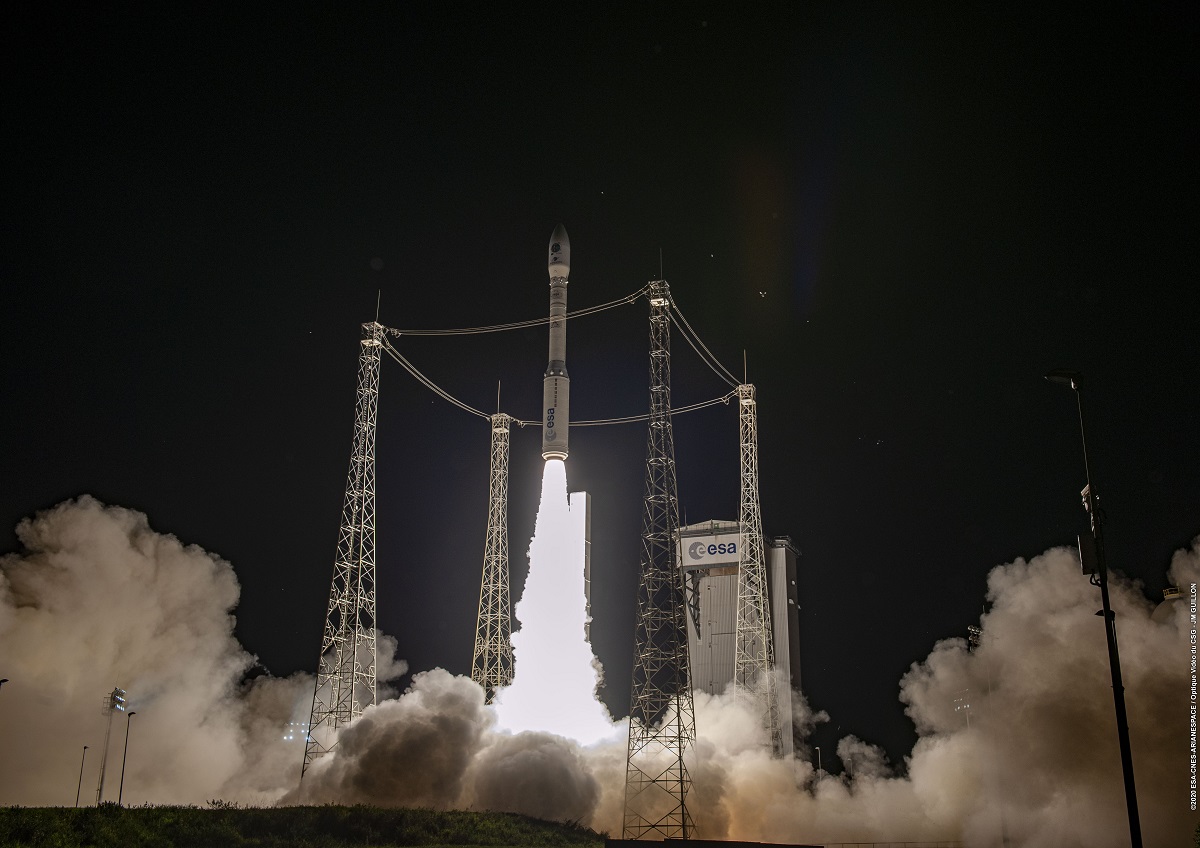 After several delays, the Vega rocket was launched in South America. The upper part of the rocket is a “multiple launch rideshare system” manufactured by Brno’s S.A.B. Aerospace. As a result, a Czech flag adorns the rocket. Photo: Vega lifts off. Credit: JM Guillon / ESA.

Brno, Sep 4 (BD) – On Thursday morning, a space rocket was launched with an innovative component made in Brno. The upper part of the rocket, known as the dispenser, was manufactured by S.A.B. Aerospace. The dispenser functions as a “multiple launch rideshare system”, and can transport over 100 satellites with its large capacity. The launch had previously been postponed once due to the corona-virus, and again due to weather conditions.

The launch took place in South America, at the Cosmodrome in Kourou, French Guiana, where European rockets take off. It is a long and expensive process to send parts into space. Innovative methods were used to allow more satellites to travel inside the rocket in a limited space.

As Petr Kapoun, Director of S.A.B. Aerospace, told Czech TV on Thursday: “Previously, those interested in transporting cargo into space had to wait sometimes up to two years before they found room for a few satellites alongside a larger one. After that, companies had to move the satellite to French Guiana and complete all the necessary administration. You can imagine the complexity of the whole operation – the cost of one Vega launch alone is EUR 40 million (about CZK 1 billion).”

The development of the dispenser made by S.A.B Aerospace in Brno has simplified the process for Czech companies to deliver satellites. The dispenser from the Brno company weighs 252 kilograms and is distinctive because it can hold up to 1.5 tons of cargo. This is a remarkable load capacity which allows for more satellites to be transported.

“The client will bring us a satellite in Brno, we will place it in our laboratory together with 50 other satellites for the dispenser, and since our hall is classified as a customs warehouse, the dispenser can go straight from there to the spaceport, where it is attached to the rocket and then launches,” said Petr Kapoun.

The dispenser can carry a load of 16 small satellites (up to 400kg) and 96 of the smallest satellites known as Cube-Sats. The dispenser will remain as a feature on future Vega missions.

‘‘So far, only six countries have participated in the Vega missile program, and the Czech Republic is the seventh,” Kapoun added in the interview for Czech TV. This therefore earns the Czech flag a place on the rocket.

The launch was scheduled for August 2019, but it was postponed due to problems from the rocket manufacturer. The second launch date was further delayed by the Covid-19 pandemic. Further delay was necessary as the weather conditions were not conducive. Fortunately, a successful date was found and the rocket could finally be launched.