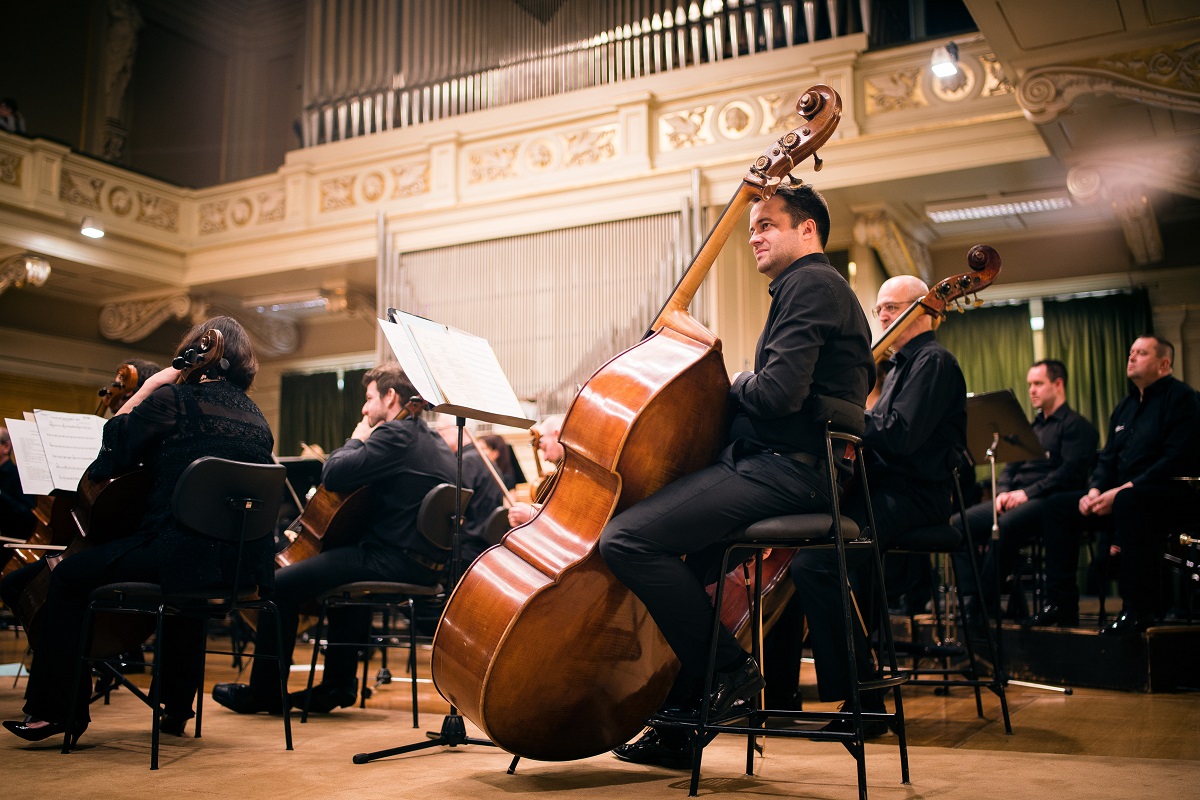 One of the reasons the Mafia series of games is so popular is its ability to take players back in time to the original atmosphere of the 1930s. The music for the latest, Mafia: Definitive Edition, was recorded in Nashville, Prague and Brno. Photo credit: Archive of the Brno Philharmonic.

Brno, Oct 7 (BD) – Matt Bauer, sound director of Hangar 13, and Jesse Harlin, composer of music for Mafia: Definitive Edition, had to come up with a creative solution to the pandemic pitfalls of the spring to create the iconic period sound for the game.

Most of the music for Mafia: The Definite Edition was already recorded in Nashville and Prague during the summer of 2019. “It was extremely important for the whole team that a part of the music was recorded in Prague, where the songs for the original game were created,” said Harlin.

One of the most important elements was to be recorded last: the opening song, which revives the cult opening composition by Vladimír Šimůnek, the composer of the original music for the game Mafia: The City of Lost Heaven.

Recording in the Czech Republic was planned for March 2020, the moment when the COVID-19 pandemic hit globally. Due to the limited social contact, it was impossible to record the whole orchestra.

“I contacted the Brno Philharmonic Orchestra (Filharmonie Brno) and made a rather unusual request: What if we placed the individual musicians in the hall at safe distances and recorded only a few at a time?” Matt Bauer recalls.

Smaller groups of musicians played their parts, which were carefully recorded so that they could then be put together into one massive orchestral unit. “The recording, which would normally take half a day, was extended to three days because of these measures,” says Bauer.

“At the end of the recording, we had more than 200 tracks. It was one of those experiments that could have turned out to be absolutely unreal, or rather catastrophic, but we just had to try. The Brno Philharmonic Orchestra did an incredible job and we worked hard to give the best possible result for their performances while working on the mix.”

In addition to the licensed songs players will hear on the radio in Mafia: Definitive Edition, they can look forward to 84 minutes of original Harlin music.

Going back in time, 2K Czech was a Czech video game developer studio founded in Brno by Petr Vochozka and Jan Kudera in 1997, best known for creating the Mafia series. The company was acquired by Take-Two Interactive in January 2008 and later organised under the 2K label, becoming 2K Czech. Three years ago, 2K Czech was merged into Hangar 13, an California video game developer.

Facebook Comments
https://www.brnodaily.com/2020/10/07/culture/mafia-definitive-editions-opening-song-recorded-by-brno-philharmonic-during-first-wave-of-epidemic/https://www.brnodaily.com/wp-content/uploads/2020/10/music-concert-Photo-archive-of-the-Brno-Philharmonic-1024x683.jpghttps://www.brnodaily.com/wp-content/uploads/2020/10/music-concert-Photo-archive-of-the-Brno-Philharmonic-150x100.jpg2020-10-07T09:23:03+02:00BD StaffArt & CultureBrnoBrno,MusicOne of the reasons the Mafia series of games is so popular is its ability to take players back in time to the original atmosphere of the 1930s. The music for the latest, Mafia: Definitive Edition, was recorded in Nashville, Prague and Brno. Photo credit: Archive of the Brno...BD StaffBD Staff team@brnodaily.czAdministratorBrno Daily - English News and Events in Brno.Brno Daily

Brno Daily - English News and Events in Brno.
View all posts by BD Staff →
« St. Anne’s Hospital Is Running A Blood Donation Drive This Week
In Brief: Due To The State Of Emergency, The Regular Siren Test Will Not Take Place Today »