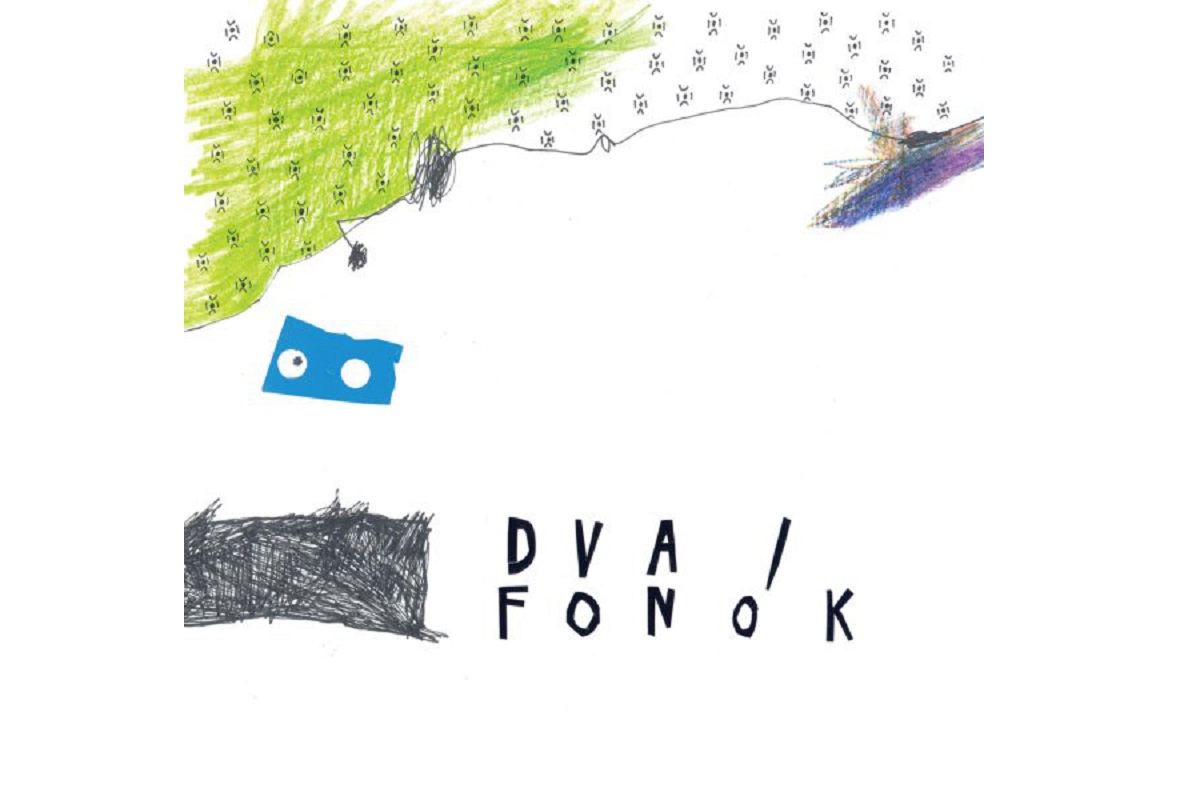 Continuing our retrospective series on key releases from the iconic Brno record label Indies Scope, Brno Daily is today going back to 2008…

In the year 2008, somehow alternative music got regenerated. The French touch produced a new successful product, as M83 found success with their fifth album and launched their first worldwide tour.

Vampire Weekend crushed the entire indie rock world with their eponymous LP, released in January, not to mention the first album from Santigold, an absurd but great mix of new wave, rock and dirty electronics.

And discreetly, Crystal Castles released their debut, unknowingly creating the initial base of what people would call later Witch-house (or “haunted house”).

Portishead confirmed their status that year with a third album, called simply “Third”.

The debut album from Dva was called Fonók, and is very original and exceptional, both in its concept and poetics of non-existent nations, and with a sound that is very fresh and distinctive. As well as Dva, the sound was enhanced to a significant extent by the Berlin-based Jayrope. Fonók was established in the summer of 2008 in the U čerta cottage in the almost abandoned village of Padouchov in Podještěd. The album features fifteen songs by legendary non-existent bands in non-existent world languages​​collected on the way to the kitchen. Each non-existent region has a representative on the album, each non-existent language has its own translation. Pure and demanding ethnographic work bore fruit…

Equipping the attic room for recording was simple, although it fatally affected the sound of the album. They used a discarded Studer radio mixer and AKG microphones from 1948. “If you set boundaries, paradoxically it is much easier for you to work, in a time of unlimited software possibilities” said the band. The recording was also assisted by an experienced radio technician – Bář’s dad – here with a solder, there with a frying pan. The pair chose the well-known Berlin musician and producer Jayrope, no newcomer to the field of music production, to collaborate on the album. He has previously collaborated with artists such as Arto Lindsay, Rechenzentrum and Atari Teenage Riot, and has played in many projects and groups. They met in 2007 via Myspace. He willingly and immediately agreed to the offer of a month recording in the mountains. The constant supply of toast with lard, goat’s milk and Szeged goulash only helped to maintain the “folkloristic” spirit of the whole album. In several places, in addition to his own music, you can also hear the dachshund Ferda, the buzzards, the ubiquitous chirping of locusts, the cooking of cucumbers and the public speakers on a pole in the middle of the forest. The album was also affected by a partial lunar eclipse.

A great revelation not only on the domestic scene, as the folklore of non-existent nations, but rather tango, cabaret, circus, kitchen beatbox or freak-folk. Just simple fun, full of fresh musical ideas. The album, recorded at the cottage, mixed in Berlin, broke out through the whole world.

15 tracks composed this freak-folk UFO, with an average of 3 minutes length.

What is this album? Where are they coming from and who are their kind?

Straight from the first listen, that explosion of experimental material is quickly apparent and enjoyable. A great mix of folk basics with absolute precision in terms of vocals and musical arrangement arrives from nowhere to stay in your ears. A full album well-concluded, and a real trademark in the scene of this country.

From the intro “Mikrotango”, proposing dualism with “Nunovó Tango”, passing to “Pingu hop” and “Fin”, and finishing with the melodic “Bádalisk” and the rock anthem “Strenge”, every piece of the album is a small stone forming a creative jewel, mirroring not pretension but just the fun of building and expressing a complete idea.

The lyrics are also surrealist and a kind of game, a ping pong of meaning ironically taking the side of the music composition, like making jokes about making music, and making a fantastic album in the meantime.

It’s a real pleasure to listen more times, to really start feeling the beat of the singing and other hidden things. Indefinable and great.

The only reference points I could think of listening to this album were the first album of the French singer Camille, le fil, for the proximity of the vocal experimentation and the breaking of the rules it encapsulates, as well as the Dakh daughters for the post-cabaret attitude.

Music is about taking risks and going off the track, and they did so with an intimate perfection and a rhythm which never drops throughout the whole album. No borders and no colors, just the strong soul of a musician, running without direction on a road in a lost countryside, to somehow finally find their way. You can stream the album here http://bit.ly/fonok19, or find more information at Indies Scope https://www.indies.eu/en/alba/214/fonok/.

https://www.brnodaily.com/2020/10/29/culture/indies-scope-2008-freak-folk-freak-tunes/https://www.brnodaily.com/wp-content/uploads/2020/10/Fonok-dva-credit-Indies-1024x683.jpghttps://www.brnodaily.com/wp-content/uploads/2020/10/Fonok-dva-credit-Indies-150x100.jpg2020-10-29T12:00:14+01:00Anthony B.Art & CultureIndiesBrno,History,MusicFor the 30th birthday of record label Indies Scope, Brno Daily looks back at the history of this icon of the Brno music scene, revisiting a selection of the most significant releases from the label’s back catalogue. We are presenting one album every week, with commentary from co-founder Milan...Anthony B. biasiolianthonypro@gmail.comAuthorMusic is a universal language, the one I prefer to use, from first notes of rehearsal to stages, between studios and official releases, I like to comment, spread and analyze, since two decades, new trends and old school movements, hoping a giant sound system will finally save the world...Brno Daily

Music is a universal language, the one I prefer to use, from first notes of rehearsal to stages, between studios and official releases, I like to comment, spread and analyze, since two decades, new trends and old school movements, hoping a giant sound system will finally save the world...
View all posts by Anthony B. →
« Water Purification In Lužánky Swimming Pool To Become More Ecological and Efficient
Jan Blatný replaces Roman Prymula as Minister of Health »