Support For President Zeman Falls Due To His Communication During Pandemic 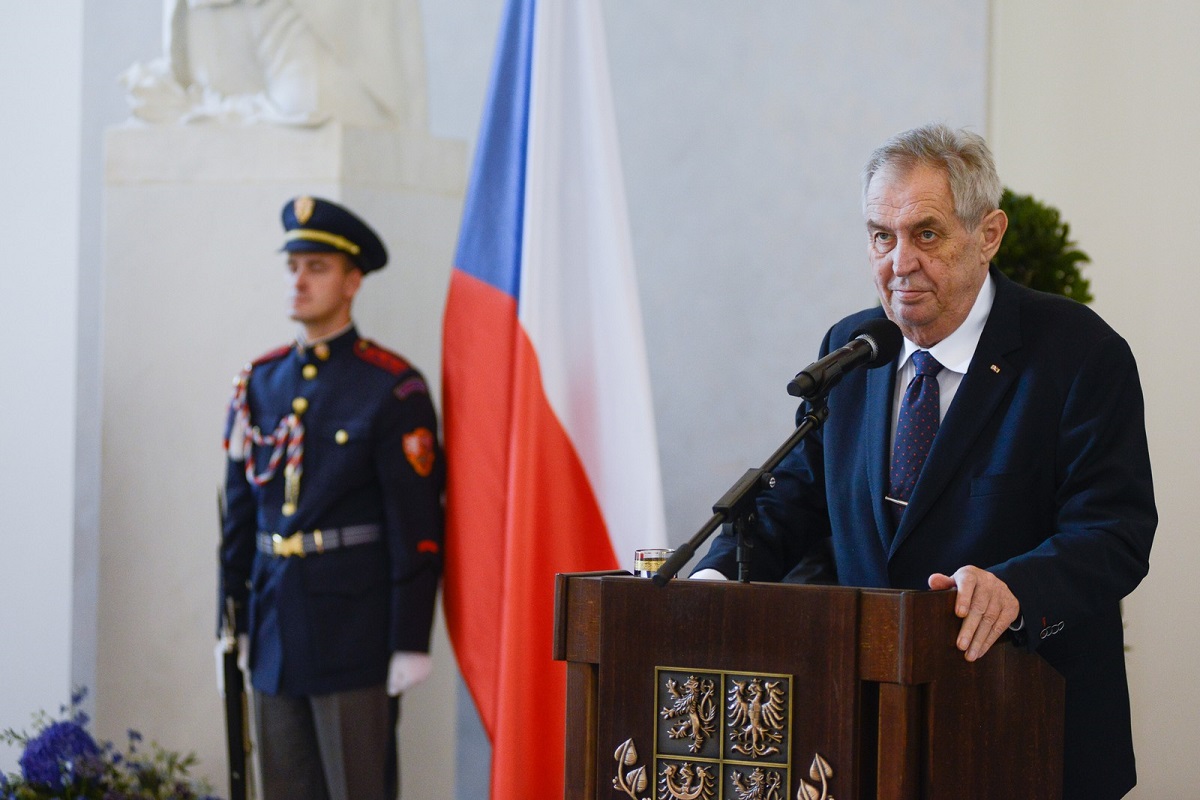 Since the last STEM / MARK survey conducted in Spring, the importance of the presidency to the public has fallen by 6 percentage points. According to a new STEM / MARK survey for Czech Television, the Czech government is experiencing a similar drop in sympathy from the electorate. Around two-thirds of Czechs think that the government is unable to clearly justify its measures against the spread of Covid-19. Photo: Milos Zeman attending a ceremonial event on the national holiday of the Czech Republic on October 28th, 2019. Credit: Hrad.cz.

Czech Rep., Oct 2 (BD) – “The epidemic crisis seems to be changing the view of several institutions of public life. Some people feel more threatened, lost in the clutter of information, and this is reflected in their attitudes. For the president’s office, this is mainly due to the high demands of this role, but also because the current president, in the eyes of the public, did not fulfill the duty of empathetic support during the crisis, and was actually hardly seen or heard,” said Jan Burianec from STEM / MARK.

The public has a negative perception of Zeman’s actions during the corona crisis (47% evaluated it with the worst possible score) and also his public presence (44% with the worst score).

About half of the respondents said that the cabinet “did some things well and some things badly”. 37% of people think that the government is generally managing the epidemic poorly. Only 15% view the government’s actions positively. Regarding the key figures during the crisis, the credibility of both the Prime Minister and the President have been affected, as reflected in the prevailing negative perception among the public.  According to the survey, 39% of respondents trust Andrej Babiš (compared to 59% distrust) and 32% trust Miloš Zeman (66% distrust).

“During the Autumn of 2020, the value of moral authority (by far the most important feature) increased, and the ability to take responsibility when there is a crisis, and not necessarily just the current pandemic, is also relevant. It seems that this shift is a response to the statements of the current president,” said Burianec.

Among the groups most likely to say that the presidential office is not important are women, citizens in the political center, liberals, and those who consider Václav Havel to be the best historical president.

Facebook Comments
https://www.brnodaily.com/2020/11/02/news/politics/support-for-president-zeman-falls-due-to-his-communication-during-pandemic/https://www.brnodaily.com/wp-content/uploads/2020/11/zeman-October-28th-2019-credit-Hrad.cz_-1024x683.jpghttps://www.brnodaily.com/wp-content/uploads/2020/11/zeman-October-28th-2019-credit-Hrad.cz_-150x100.jpg2020-11-02T14:00:30+01:00BD StaffCzech RepublicPoliticsCzech Republic,News,Politics,ZemanSince the last STEM / MARK survey conducted in Spring, the importance of the presidency to the public has fallen by 6 percentage points. According to a new STEM / MARK survey for Czech Television, the Czech government is experiencing a similar drop in sympathy from the electorate. Around...BD StaffBD Staff team@brnodaily.czAdministratorBrno Daily - English News and Events in Brno.Brno Daily